Niqab appeal by Ottawa is questioned over motivation

Critics are questioning the motivation behind the federal government's decision to appeal a judge's ruling that allows women to wear a face-concealing niqab while taking the oath of citizenship. 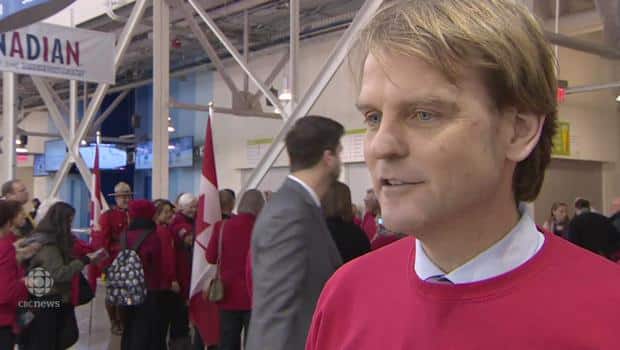 Chris Alexander on the niqab appeal

6 years ago
2:05
Citizenship and Immigration Minister Chris Alexander explains his department's opposition to wearing a niqab while taking the oath of citizenship. 2:05

Critics are questioning the motivation behind the federal government's decision to appeal a judge's ruling that allows women to wear a face-concealing niqab while taking the oath of citizenship.

A Federal Court judge said last Friday that Zunera Ishaq, a Pakistani woman now living in Mississauga, did not have to remove her niqab when taking the oath of citizenship, ruling that the law only requires someone to sign a form saying they've taken the oath.

Prime Minister Stephen Harper said on Thursday the government will appeal the decision.

"I believe, and I think most Canadians believe, that it is offensive that someone would hide their identify at the very moment where they are committing to join the Canadian family," he said  "This is a society that is transparent, open and where people are equal."

Citizenship and Immigration Minister Chris Alexander, who was named as the respondent in Ishaq's case, said Friday that people need to be identified and need to "commit to the oath."

"I worry when some of those defending the idea of keeping a woman behind a niqab in a citizenship ceremony are also those who say that we don't need these protections for women from violence and from abuse. It's something we're all passionate about in Canada, there is no place for violence against women or any domestic violence in this country."

Alexander said not showing your face is not a requirement of Islam and the "vast majority" of Muslim groups have said the 2011 law in question is fair and does not violate their freedom of religion.

Amira Elghawaby, human rights coordinator at the National Council of Canadian Muslims, said many Muslims and Canadians disagree with the idea of the niqab, but if it's someone's sincere religious belief, the right to wear one is a legal matter protected under the Charter of Rights and Freedoms.

"Our opinions about these things really are irrelevant, what's important is what it means to be Canadian and what it means to have freedom of religion and consciousness in this country," she said.

"I think that unanimously, people who understand our Charter of Rights understand that this is a right that should be protected. She is not harming anyone by deciding to keep her niqab on … and whether I agree in it or not, I do not have the right to tell her to remove it because the law does not support that and the constitution does not support that."

The Federal Court judge did not rule on charter issues, saying they did not need to be settled in this case.

Both Elghawaby and Ishaq's lawyer raised questions about the government's motivation for the appeal.

"It's all part of an Islamophobia that's being created, I think the niqab is just another symbol. Some people find it a difficult symbol, so [Harper's] appealing to that," said Lorne Waldman,

"It's just really a part of this broader strategy of talking about jihadi terrorism and using the fear of jihadi terrorism to try and convince the public that they're the party that can best defend Canada.

He said he is going to appeal the government's appeal because there's no legal basis for it.