Indigenous Services Minister Marc Miller is preparing to launch a third party investigation into the business practices of consultants and engineering companies hired to end Canada’s longest-standing boil water advisory in a First Nation — a probe that could extend to other communities, CBC News has learned.

Indigenous Services Minister Marc Miller is preparing to launch a third-party investigation into the business practices of consultants and engineering companies hired to end Canada's longest-standing boil water advisory in a First Nation— a probe that could extend to other communities, CBC News has learned.

Officials from Indigenous Services Canada have reached out to the chief and council of Neskantaga First Nation, located approximately 450 kilometres north of Thunder Bay., Ont., and its tribal council to schedule a meeting next week to develop the terms of reference.

Since contractors and engineers work in many communities, the department tells CBC News there is the possibility the probe will include other First Nations where these companies have worked. 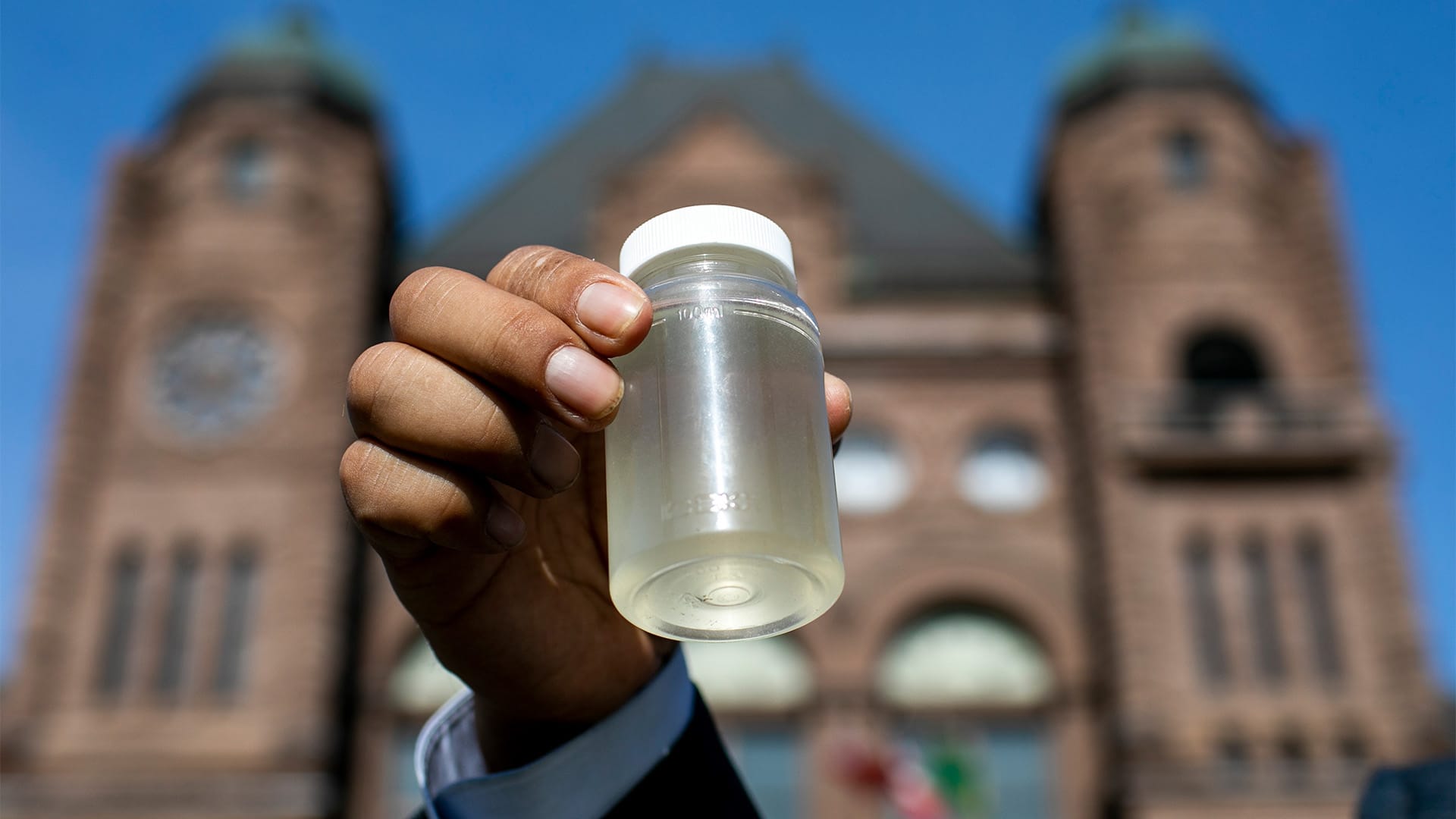 2 months agoVideo
2:06
Frustrated members of Neskantaga First Nation in Ontario are protesting a company hired four years ago to fix their decades-long water issues, demanding answers after new problems forced them to move out. Indigenous Services Minister Marc Miller says he wants to work with communities to probe how contractors operate. 2:06

"If it means to bring other communities or other organizations into this to make sure that the business practices are corrected then I have no problem talking with other communities," Moonias said.

"It's something that needs to be done."

The federal government's pledge comes after Moonias wrote to Miller on Oct. 22 demanding "an immediate investigation into business practices of contractors, engineering companies" hired to fix more than two decades of water problems that just got worse.

Nearly all of Neskantaga's 300 members have temporarily moved to a Thunder Bay hotel after an oily substance was discovered in the community's reservoir on Oct. 19 and running water was cut off.

Indigenous Services Canada says the substance is a non-toxic mineral oil coming from a distribution pump in the reservoir.

"There are things that we don't understand that are going on," Moonias told CBC News.

"We take the word of the engineers or consultants … Since we've been doing that, we've been under a boil water advisory for 25 years."

Miller replied on Friday, supporting the chief's call for a probe.

"We agree that this is important and would like to work with you and other communities and organizations to undertake this," Miller wrote in a letter to Moonias obtained by CBC News.

The costs of the investigation will be covered by Indigenous Services Canada, a spokesperson for the department said.

"The problem is we have a system for delivering infrastructure that always goes with the lowest bidder," Angus said.

"When you have a big-ticket item, like a water plant that's very expensive to build in a community, costs and corners get cut and that's the danger. Neskantaga has been a nightmare situation."

Moonias said there have been many issues with other companies hired to work on the plant and the cost of upgrading the system has almost doubled from $8.8 million to $16.5 million.

Members of Neskantaga First Nation unleashed their frustration on Tuesday in front of the office of Colliers Project Leaders, a project management company hired in 2016 by the community to upgrade its water treatment plant, shouting "fix our water."

Moonias spoke to one of the engineers via Zoom.

Children held signs that read "Respect our human right" and "How can I believe in reconciliation when my community doesn't have one of the most basic necessities?"

"Fix our water. … We're not animals. We're not things. We're just like you guys. We need your help"

In an email statement, a spokesperson for Colliers Project Leaders wrote the company respects the right to legally protest and shares the desire to bring clean drinking water to the community.

"We know the Neskantaga First Nation has dealt with water quality issues for many years and our team is committed to helping them address these challenges by bringing a world-class water treatment plant online as safely and quickly as possible," wrote communications director Pamela Smith.

But Moonias said he still can't understand why it's taking so long.

In the same letter to Moonias, Miller said running water should be restored to the community by Nov. 12, but a boil water advisory will still be in place as testing and commissioning of a new water treatment system continues.

If testing goes on schedule and the results are good, Miller said it is his understanding that clean drinking water should be available in Neskantaga by Dec. 11.

"With the full commissioning and testing of your new plant, the conditions will be met for you to lift the long-term drinking water advisory, which we agree has been in place for far too long," Miller wrote.

Miller also wrote Indigenous Services Canada will fund a joint assessment with the department and First Nation of the contributing factors to the current water and public health crisis in the community.