For the NDP, the stakes in Monday's byelections are sky-high

Tomorrow night, party leader Jagmeet Singh finds out if he's secured his first-ever seat in the House of Commons — staving off what almost certainly would be a mortal threat to his leadership.

Tomorrow night, party leader Jagmeet Singh finds out if he's secured his first-ever seat in the House of Commons — staving off what almost certainly would be a mortal threat to his leadership.

And while he's waiting to hear the results in the riding of Burnaby South, he'll also be watching anxiously as the returns come in from Outremont, one of three ridings holding byelections Monday night. The riding of York-Simcoe, in the northern part of the Greater Toronto Area, is expected to remain in Conservative hands, but the other two seats are seen as up for grabs.

For Singh, the stakes in Burnaby South are substantially personal: a win there may be the only way to silence the internal grumbling about his leadership that threatens to follow him into a general election campaign.

For the NDP itself, Outremont is symbolic: losing the Montreal-area riding held by former leader Tom Mulcair until his resignation on Aug. 3, 2018, would send a dire signal to voters and prospective candidates alike about the party's ability to hold at least some of the Quebec base that made it the Official Opposition in 2011.

Singh isn't believed to be a lock to win Burnaby South. In the 2015 federal election, the Liberals came within 547 votes of the winning NDP candidate, Kennedy Stewart, who resigned the seat in September 2018 for a successful run at Vancouver's mayoralty.

But New Democrats, publicly and privately, are expressing confidence about Singh's chances in the riding. ​Singh has put in the work; he and his team estimate they have knocked on over 30,000 doors in the riding since launching his campaign back in August. 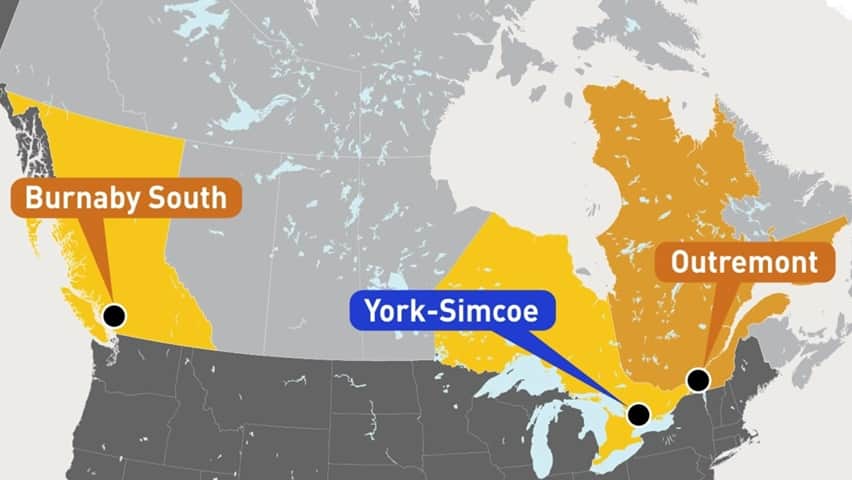 What's at stake in Monday's byelections?

2 years ago
1:37
Voters in three ridings are headed to the polls in byelections in B.C., Ontario and Quebec. 1:37

"Biting my nails? No," said Quebec NDP MP Pierre-Luc Dusseault. "I mean, from what we heard on the ground now —  in Burnaby, especially — things are good. So I am not too stressed about this one."

"Once you spend a lot of time or get to meet Jagmeet, you'll like him and he'll be a great addition here in the House," said B.C. New Democrat MP Wayne Stetski.

"We will certainly be winning in Burnaby. We have a tight race in Outremont, but we have a great candidate," said Ontario NDP MP Charlie Angus.

The stakes for Singh

Losing Burnaby South would put Singh in a bad place. His profile in federal politics has been held back by his absence from the Commons. The CBC's Poll Tracker puts the party's national support at just 14 per cent, while its recent fundraising performance has been dismal.

With an October federal election bearing down, nervous New Democrats have put Singh on notice. Last month, CBC News reported that several senior members of the federal caucus warned Singh back in June that he won't be able to hang on as party leader if he loses in Burnaby South.

"He absolutely must do well, win that seat. Because if he doesn't, if he happens to lose, I don't see how he can stay on as leader," said Karl Belanger, former national party director and principal secretary to Mulcair.

Some New Democrats see a win in Burnaby South as the only way to silence the self-destructive party chatter about Singh's limits as a politician — grumbling that former NDP strategist Farouk Karim compared to "shooting yourself in the foot."

"I mean, you're not helping yourself," he said. "Once people see you as a winner, things change. Everything is a domino effect. People have a better perspective on who you are."

New Democrats are less confident of their chances in Outremont. Earlier this month, CBC News reported that three separate polls showed the party struggling in Quebec, scene of its spectacular "Orange Wave" breakthrough in 2011. The party won 16 seats in Quebec in the 2015 federal election and the Quebec contingent makes up the largest provincial grouping in the federal NDP caucus.

Those three polls all put the party underwater in Quebec — below the 12.2 per cent of the vote the party captured in Quebec in the 2008 federal election, when Mulcair was the province's sole NDP MP.

Join us for results and analysis on a live Power & Politics byelections special, hosted by Vassy Kapelos and Éric Grenier, starting at 10 p.m. ET on cbc.ca, YouTube, Facebook and Twitter. You can also follow results on a special edition of The National with Ian Hanomansing on CBC Television and CBC News Network - and check for updated results stories throughout the evening at cbc.ca/politics

That's bad news for the party's Outremont candidate, Julia Sanchez — and worse news for the party itself, which is struggling already with the fact that more than a quarter of its caucus members have decided they won't be running in October.

"Losing Outremont will be emotionally difficult, not only for Tom Mulcair, but for a lot of New Democrats across the country," Belanger said.

A glass half full

Some New Democrats are describing the party's byelection prospects as a glass half full — suggesting that a win in Burnaby South coupled with a loss in Outremont would represent nothing more than a symbolic changing of the guard.

"A new generational leader comes up at the Burnaby byelection, while we lose the riding of the former leader. So it's energizing," said Karim. "I think people will like it and people can't wait to see Jagmeet in action in the house and to energize the base towards the election."

But that spin underestimates Outremont's symbolic value to New Democrats — and the demoralizing effect a loss there would have on a party that still needs a foothold in Quebec.

"If you combine a loss in Outremont with the recent results in other byelections that happened in Quebec recently, with the current polling, the prospects of NDP MPs returning to Parliament from Quebec en masse are very slim," said Belanger.

"It is very symbolic because it was the first seat won by an NDP MP in Quebec in a general election and obviously became the beachhead that led to what became the Orange Wave in 2011."

The hunt for candidates

A loss in Outremont could make it much harder for the NDP to attract top-quality candidates, said CBC News poll analyst Eric Grenier.

"They already have a number of incumbents who said they're not running again. They need some good candidates, they need some fresh faces," he said.

"But if they're not able to show that they're actually able to win, to get support in the province, are they going to have good candidates? Are they going to be able to make the case that they are the ones who can represent Quebecers in the House of Commons?"

Grenier said that if the NDP loses Mulcair's Quebec seat, it should fervently hope to at least come in a close second.

"Quebec is so important to the NDP that they need to have a sign that they still have a chance to be competitive in the province." 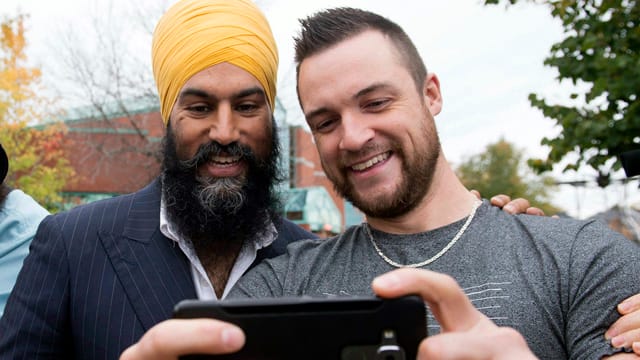 2 years ago
5:55
NDP Leader Jagmeet Singh is likely to win a byelection in Burnaby South on Monday, but a win won’t end the challenges facing the party. Since Singh’s leadership began in 2017, the NDP has struggled to raise money, slumped in the polls, multiple MPs have resigned and several won’t seek re-election. Singh tells Wendy Mesley he’s still confident in the NDP heading into the 2019 election. 5:55

With files from Christina Romualdo