NDP Leader Jagmeet Singh wraps up his week-long campaign in B.C. today after being confronted repeatedly by the same desperate plea: Do something to help end the opioid crisis that Vancouver police say claims one life a day in the city alone.

'Until I hear the words safe supply ... my son would die again,' B.C. dad says

NDP Leader Jagmeet Singh wraps up his week-long campaign in B.C. today after being confronted repeatedly by the same desperate plea: Do something to help end the opioid crisis that Vancouver police say claims one life a day in the city alone.

Singh said that if elected next month, he would immediately declare a public health emergency and stop the criminalization of people dealing with addiction. But he stopped short of committing to regulating a safe supply of drugs.

"I'm open to any conversation about any solution that's going to save lives," Singh said in Vancouver on Monday.

"I didn't hear the words: safe supply," Hedican told CBC News at a rally on Thursday. "Until I hear those words, my son [Ryan] would die again."

Ryan died from fentanyl poisoning in April 2017, said Hedican. He was a third-year electrician apprentice who loved snowboarding and wakeboarding, and was the family's go to "IT guy. 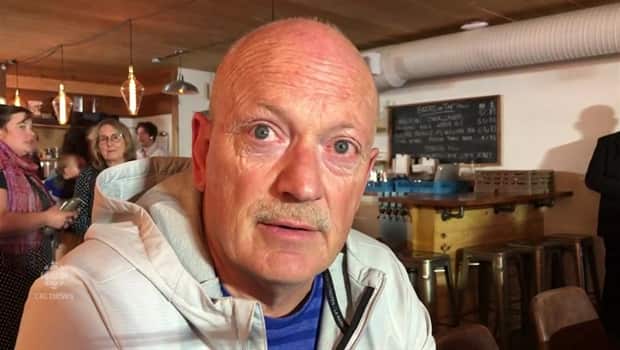 John Hedican: 'Politicians will not do what's needed'

1 year ago
1:02
John Hedican, who lost his 26-year-old son to fentanyl, says the federal leaders should be talking about a safe supply of drugs. 1:02

"If Ryan was an alcoholic, he would have had an opportunity to try and quit again," said Hedican, who has been writing to federal politicans. "But Ryan didn't get that chance because we don't offer a clean source of substances … [politicians] will not do what's needed and it's disgusting.

"I've lost the ability to feel good for life. You can't move on in life. More people are going to die in this country, today, tomorrow and the day after."

'I buried 6 of my own friends'

In Victoria, Simon Hartwell told Singh, "I buried six of my own friends"

"I'm so tired of CPR, naloxone [an anti-overdose drug] so they can get up and then get more fentanyl and drop again the next day," Hartwell told Singh at a townhall with 500 people Friday night. "I'm exhausted. What are you going to do?"

Then there's Sierra Lawson-Bell, from Coquitlam, who works at a café where two people overdosed in the washroom in the past few years.

"We noticed someone had been in the bathroom a long time," she said. "Someone heard a thud. They called us. We found a young man on the floor and his lips had started to turn blue." She performed CPR until paramedics arrived and resuscitated him.

But Lawson-Bell said that a year earlier, they weren't as lucky. A teenager she knew since middle school died from fentanyl.

"It was quite emotional," said Lawson-Bell. "It's hard ... I see addiction as a mental illness and it should be treated as such."

These are just some of the personal stories Singh faced along the campaign trail in the Lower Mainland and Vancouver Island. More than 4,500 people in Canada died from opioids in 2018 alone, according to the federal government. That means someone died every two hours, according to a report released last month.

The mayor of Vancouver has called on all party leaders, including the NDP, to consider a proposal to allow substance users to access pharmaceutical-grade heroin.

Singh met with Stewart on Wednesday at city hall.

Afterwards, Singh said, "the opioid crisis is devastating and we're losing," but didn't promise to support the plan.

"I'm open to the discussion around how we can save lives and anything that has backing of evidence and experts. We need to be open to having that conversation."

Singh leaves B.C. later Tuesday afternoon for the East Coast. The first stop is in Montreal for the French-language debate hosted by TVA.