NDP Leader Jagmeet Singh has been expelled from the House of Commons for calling a Bloc Québécois MP racist and for refusing to apologize and withdraw his comments.

NDP Leader Jagmeet Singh has been expelled from the House of Commons for calling a Bloc Québécois MP racist and for refusing to apologize and withdraw his comments.

Speaker Anthony Rota kicked Singh out for the rest of the day after Singh called Alain Therrien racist for refusing to support an NDP motion dealing with systemic racism in the RCMP.

Singh tried to get all parties in the House of Commons to agree to a motion recognizing the existence of systemic racism in the RCMP. The motion points out that "several Indigenous people have died at the hands of the RCMP in recent months …"

Therrien was the only MP in the House who refused to support the motion — prompting Singh to call the Bloc MP a racist. 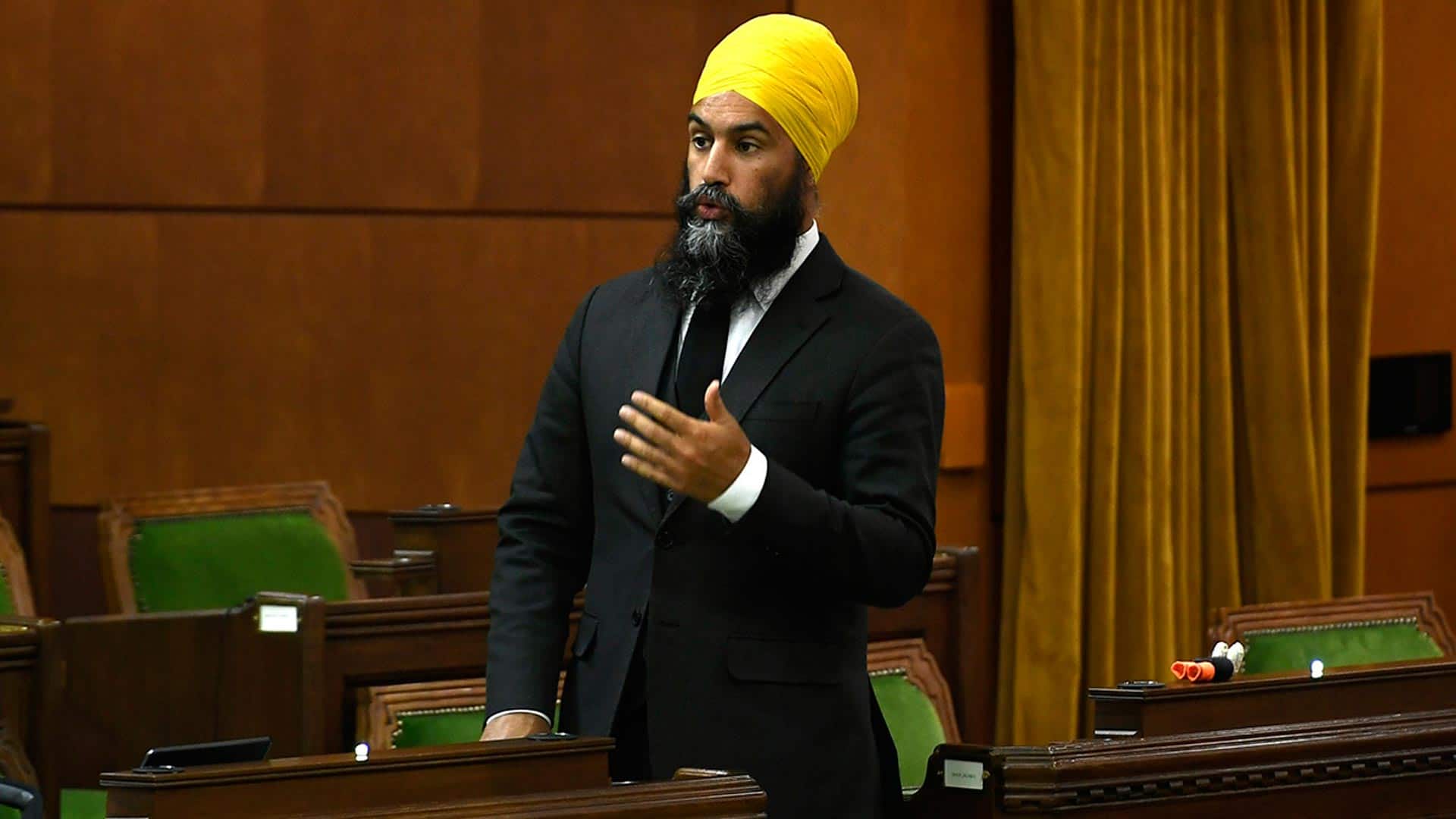 9 months ago
1:59
NDP Leader Jagmeet Singh was kicked out of the House of Commons on Wednesday after calling a Bloc Quebecois MP racist and refusing to apologize. 1:59

"It was this brazen act of one MP to not just say no but to say no loudly and to kind of gesture like this," Singh said later, waving his hand like someone trying to brush off a fly.

"That's what it looks like when someone dismisses the reality that people are going through. And so I had a moment of anger in seeing that."

Moments after Singh made his remarks in the House of Commons, Bloc Whip Claude DeBellefeuille stood up to express her disapproval.

"I do not believe that a leader of a party can, here, treat another member of this House, call them racist because we don't approve the motion that was just moved. The NDP unabashedly is treating the member of La Prairie as a racist person and this is unacceptable in this House," DeBellefeuille said in defence of her colleague.

Singh stands by his words

Deputy Speaker Carol Hughes responded by saying that she would review the record because she did not hear Singh when he stood up and said, "It's true, I called him a racist and I believe that's so."

Singh was asked by Hughes to apologize. "I will not," he replied.

The matter was referred to Speaker Rota, who returned to the House and ordered Singh to leave the Commons for the remainder of the day.

At a press conference later in the day, Singh was asked if he would repeat his allegation against Therrien outside the House of Commons, where he is not protected by parliamentary privilege.

"Yes. I've said it really clearly. I repeat it really clearly," Singh said. "Anyone who votes against a motion that recognizes the systemic racism in the RCMP and that calls for basic fixes for the problem … is a racist, yes."

Watch: Jagmeet Singh explains why he called a Bloc MP a 'racist': 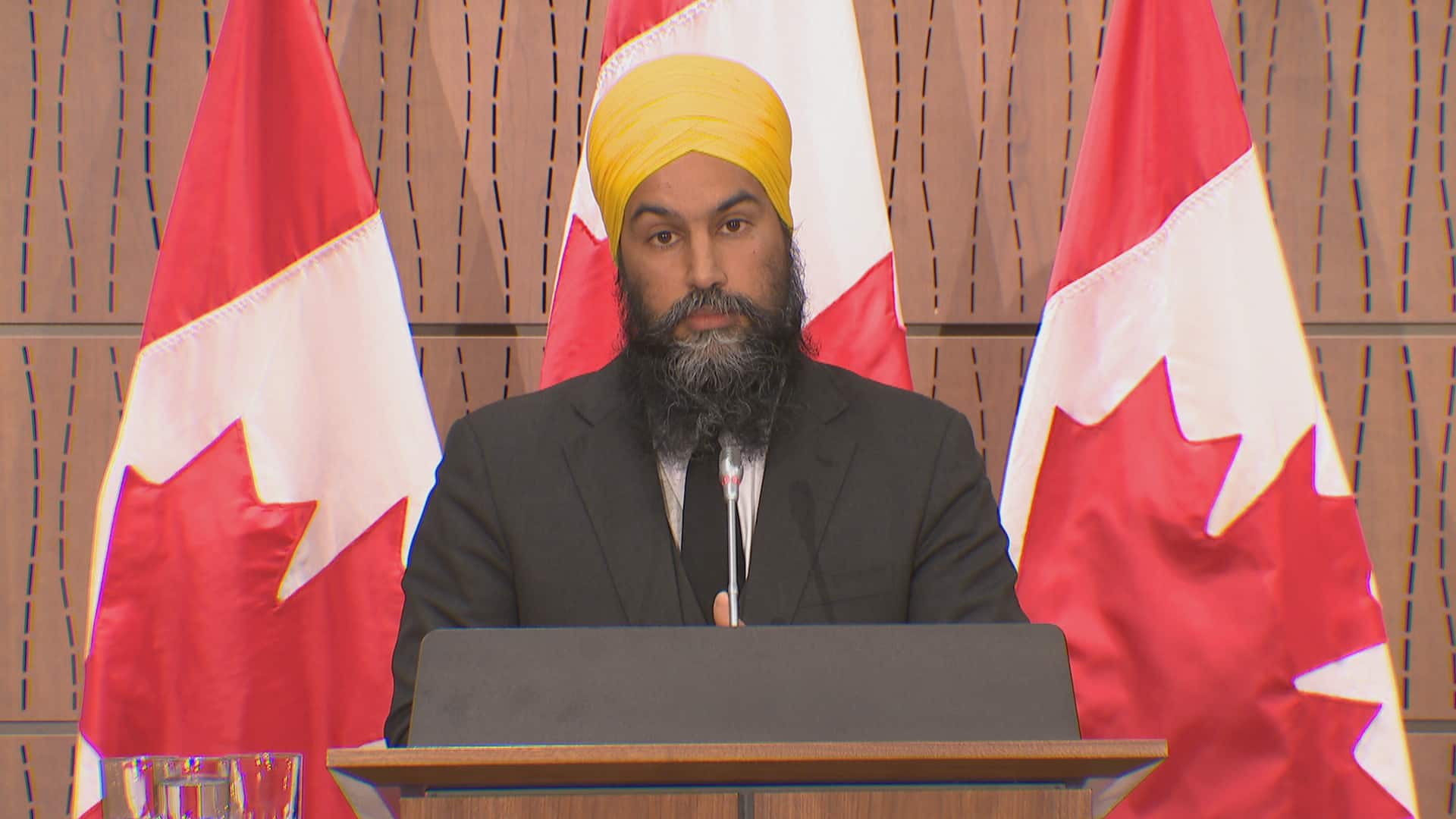 Singh explains why he called the Bloc's House Leader a 'racist'

9 months ago
2:33
NDP Leader Jagmeet Singh spoke with the CBC's David Cochrane about the events that led to the New Democrat being ejected from the House of Commons for the day. 2:33

The Bloc Québécois issued a statement later in the day saying that "discrimination against Indigenous communities and cultural minorities is a major issue" but the public safety committee is currently studying systemic racism in the RCMP and it should be allowed to do its work.

"We consider it inappropriate to impose findings to a committee before it has conducted its study. We respect the parliamentary process," DeBellefeuille said in French.

"The NDP leader defamed the parliamentary leader of the Bloc Québécois with an unwarranted insult … He should apologize immediately."