Fourteen disgruntled former New Brunswick NDP candidates are defecting and throwing their support behind the provincial and federal Greens — a move unlikely to spark confidence in the federal New Democrats on the cusp of an election call.

According to the CBC's Canada Poll Tracker, the NDP is polling around 10 per cent in Atlantic Canada

Note: Since this story first appeared, some of the former NDP candidates have denied leaving the party to support the Greens. Read more here.

Fourteen disgruntled former New Brunswick NDP candidates are defecting and throwing their support behind the provincial and federal Greens — a move unlikely to spark confidence in the federal New Democrats on the cusp of an election call.

The ex-New Democrats announced their exodus at a news conference in Moncton this afternoon alongside provincial Green Party Leader David Coon.

In their declaration of support, the members note that federal Green Party Leader Elizabeth May has visited New Brunswick, while NDP Leader Jagmeet Singh hasn't set foot in the province since winning the leadership back in 2017.

The shift means Singh's NDP can't turn to any of those provincial candidates to run in federal ridings in the upcoming election campaign. The federal party doesn't have any candidates nominated in New Brunswick at the moment, according to the party's website.

The former provincial candidates who are leaving are:

Jonathan Richardson, a member of the NDP's national executive representing Atlantic Canada, is also leaving the team for the Greens.

"In New Brunswick, the NDP does not have a path to victory," Richardson said. "There are no candidates for the NDP in New Brunswick or P.E.I. for the federal election.

"I actually just received a call from the organizer, you know, pleading for my help to keep finding these candidates and I said, you know, at the end of the day this is the decision I've made.

"Obviously they're not pleased. I'm not thrilled to be saying to my friends that I'm going to be moving on." 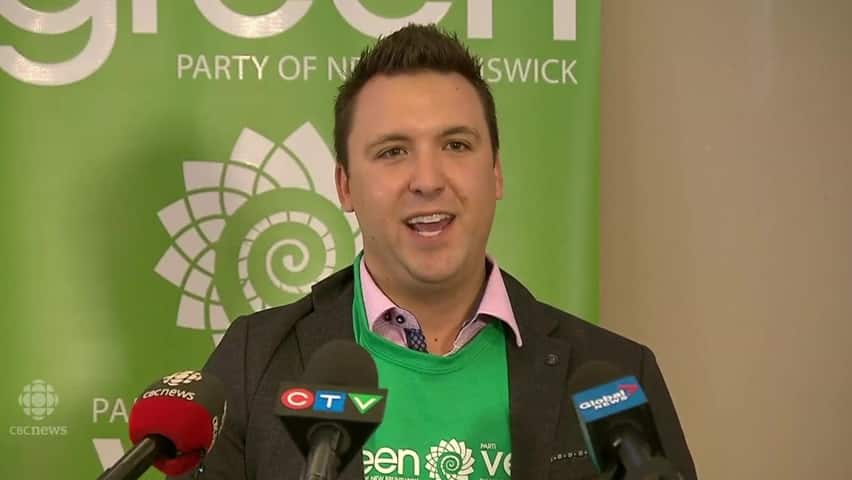 1 year ago
0:47
Jonathan Richardson, a member of the federal NDP's election planning committee in New Brunswick, announces the defection of himself, and fourteen former NDP candidates, to the Greens. 0:47

The NDP's director of communications, Mélanie Richer, told CBC News those disaffected ex-New Democrats who joined the Greens will have some explaining to do if the election delivers an outcome their supporters don't want.

Richer insisted the party is on track to "nominate a full slate of candidates" in New Brunswick.

"We're currently scheduling nomination meetings for six of those 10 ridings by the end of next week. Everyone in New Brunswick will be able to vote for an NDP MP who will work to immediately bring in a national pharmacare program and will always put people's interests first," she said.

It's not clear if any of the defectors will run for the Greens federally. The Green Party has nominated candidates already in more than half of the ridings in New Brunswick.

According to the CBC's Canada Poll Tracker, an aggregation of all publicly available polling data, New Democrats are polling at roughly 13 per cent nationwide and around 10 per cent in Atlantic Canada.

The NDP has been voiceless in the New Brunswick legislature since 2005, while the Green Party is enjoying a boom in support. Coon's Greens secured three seats in the 2018 provincial election, tying with the People's Alliance.

With files from the CBC's Chris Hall and CBC New Brunswick