With just hours to go before MPs head home for the holidays, parliamentary tempers are definitely starting to fray — and nowhere was that more evident than at the ethics committee this morning. 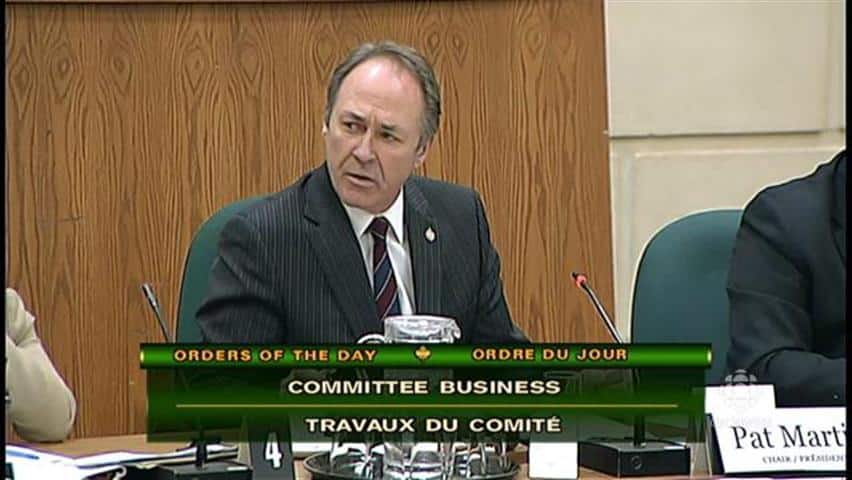 7 years ago
3:15
House ethics committee gets heated over whether to go behind closed-doors 3:15

With just hours to go before MPs head home for the holidays, parliamentary tempers are definitely starting to fray — and nowhere was that more evident than at the ethics committee this morning.

It's fair to say that today's confab opened on a contentious note as New Democrat MP Charlie Angus made his case for conducting a full investigation into those mysteriously disappearing/reappearing emails of former PMO legal advisor Ben Perrin.

But when Conservative MP Paul Calandra proposed taking any further discussion of the matter behind closed doors, a collective something seemed to snap — not just on the opposition side of the table, but for NDP chair Pat Martin as well.

Under committee rules, a motion to go in camera isn't put to debate, but must be voted on immediately. This time around, however, Martin took the rare step of delaying the vote call for just long enough to ensure his objection to the move would be recorded for posterity:

I am struggling to see what possible justification you could have, Mr. Calandra, for asking this particular item to be moved in camera. The in-camera rule, as I understand it, is that it's to be used in cases of national security, invasion of privacy, commercial interests. It's not supposed to be the default position to save embarrassment to the government.

In my view, as a chair, this committee has been abused, egregiously, and all throughout all of the standing committees, and I certainly don't want the public to think that this is normal in any way, shape, or form, because we can never allow it to become normal. It's a disgrace. In fact, it's a travesty.

We're having a good debate about a very important subject, Mr. Calandra ​— the public's right to know.

The in-camera rule should not be trampled all over. It's abuse.

Eventually, of course, Calandra's motion passed with the full support of the Conservative majority.

Martin did get in one last dig before the curtain fell on the committee, however, as he noted, for the record, that the meeting would be suspended briefly "while we clear the room of the Canadian public and go under the black shroud of secrecy once again."

Watch the video to see how it went down.