Lighthizer set the stage for comprehensive and potentially drawn-out talks, sending a strong message that Trump is seeking fundamental changes to the 23-year-old trade agreement in order to address a long-standing trade deficit with Mexico and Canada.

"I want to be clear that he is not interested in a mere tweaking of a few provisions and a couple of updated chapters," he said during opening remarks for ministerial discussions. "We feel that NAFTA has fundamentally failed many, many Americans and needs major improvement."

Lighthizer said while there has been some recent improvement, the trade deficit in goods with Canada has exceeded $365 billion in the last 10 years. The agreement has also led to a steady flow of lost jobs for American workers to Mexico, he said.

Lighthizer said eliminating the "huge" trade deficit is among the top U.S. priorities for a new NAFTA. Others include stronger country of origin rules and labour standards, and a dispute resolution mechanism that respects national sovereignty and democratic processes.

"My hope is that together we will produce a result which moves us to freer markets, fairer and more balanced trade and stronger ties between our three countries," he said. 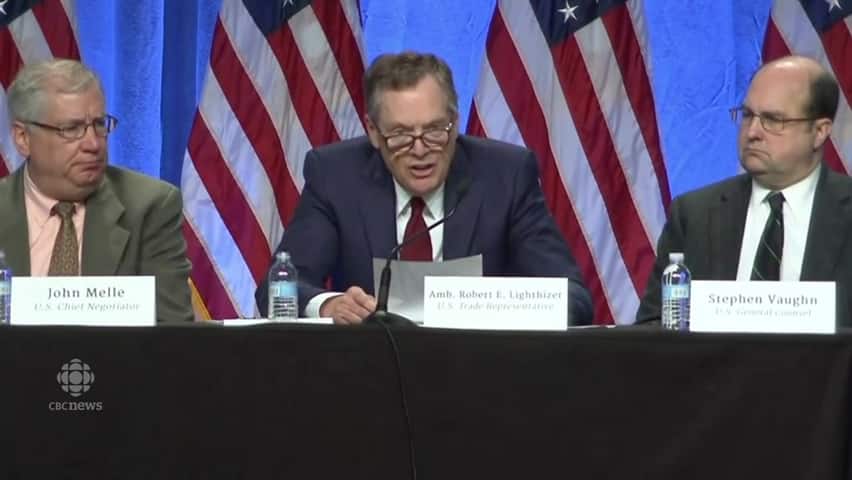 3 years ago
7:36
Robert Lighthizer, the U.S. trade representative to the NAFTA renegotiations in Washington, says the trade agreement has "fundamentally failed" many Americans and major changes are needed. 7:36

Foreign Affairs Minister Chrystia Freeland opened her remarks by brandishing photographs of American and Mexican firefighters who have been dispatched to help fight the wildfires ravishing British Columbia. That neighbourly, collegial spirit will be front of mind as trilateral talks get underway, she said.

In addressing reporters later in the day, Freeland said despite the tone of Lighthizer's opening remarks, Canada would continue to be "strong while being polite and cordial, and that is always going to be the way Canada approaches these talks." 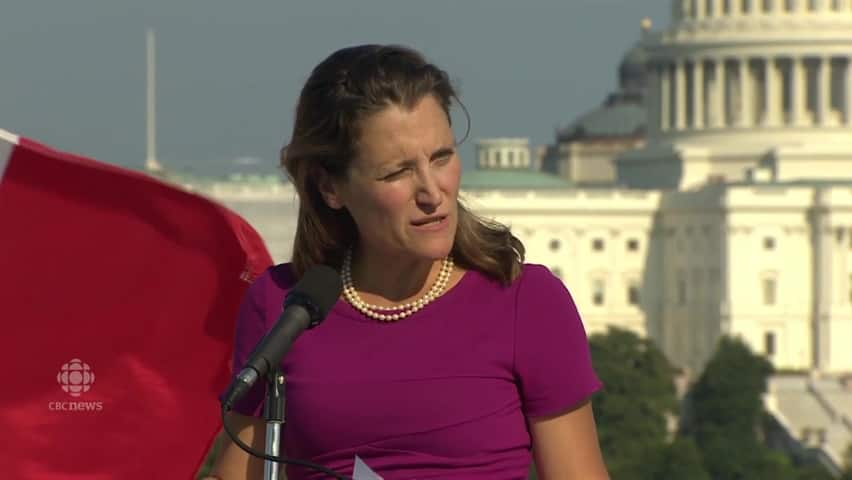 3 years ago
0:36
Foreign Affairs Minister Chrystia Freeland says moments of drama and rhetoric are to be during trade negotiations, as NAFTA talks get underway in Washington. 0:36

At the opening press conference, Freeland called the renegotiations a "historic project."

While a trade deficit is not a primary measure of whether a trade agreement is working, Freeland said the Canada-U.S. trade relationship has become more balanced and mutually beneficial, and is now "almost perfectly reciprocal."

"We pursue trade free and fair, knowing it is not a zero sum game," she said.

Freeland reiterated Canada's objectives in a renegotiated NAFTA, including ensuring it serves as an engine for economic growth and jobs, to cut red tape for business and to make the deal more progressive for labour, the environment, gender equality and Indigenous rights. 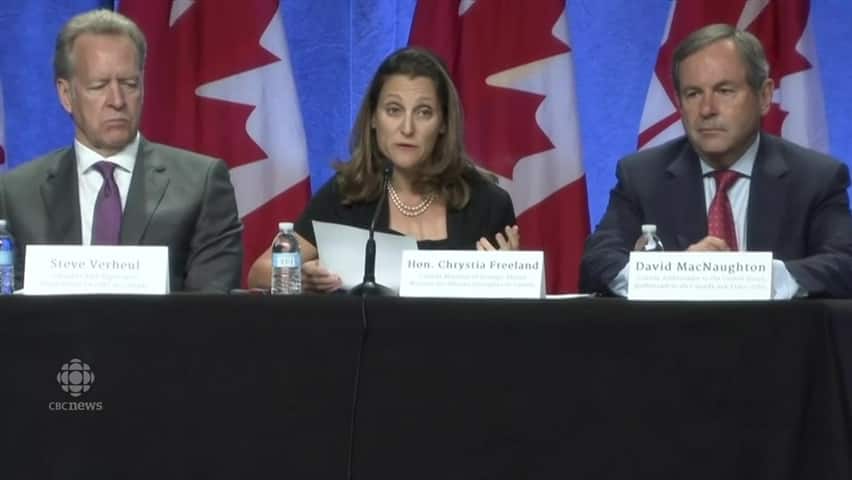 3 years ago
4:00
Foreign Affairs Minister Chrystia Freeland says Canada's objectives at NAFTA renegotiations are clear: protecting the agreement as an engine of job creation and growth, and to modernize the trade pact to bring it up to date. 4:00

"Good fundamentals lead to good results, and that is what I am confident we will achieve," she said in remarks delivered in English, French and Spanish.

Freeland was also armed with statistics to underscore the economic benefits of NAFTA, noting that the three partner countries collectively account for one-quarter of the world's GDP, with seven per cent of the world's population. Canada's economy is also 2.5 per cent larger each year because of NAFTA, she said, referencing Canadian economists.

Mexico Secretary of Economy Ildefonso Guajardo Villarreal said NAFTA has led to a transformation for the three countries, from sharing geography to sharing a common vision for North America. 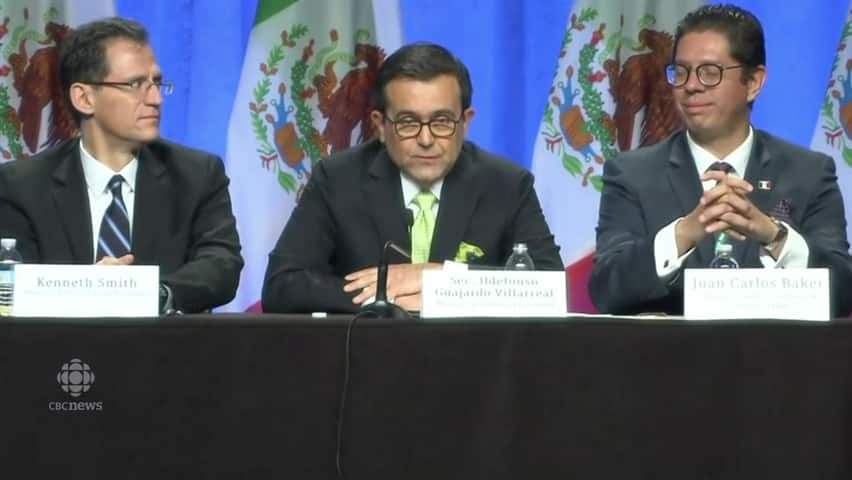 Mexico says NAFTA talks is 'not tearing apart what has worked'

3 years ago
3:56
Ildefonso Guajardo Villarreal, Mexico's Secretary of the Economy, says the renegotiated NAFTA is "not tearing apart what has worked" but rather finding a way to make the agreement a "win-win-win" for Canada, United States and Mexico. 3:56

He said the renegotiated NAFTA must embrace innovation, not stifle it, and lead to a constructive deal that must be a win-win-win for all three parties.

"The issue is not tearing up what has works, but rather how we can make our agreement work better," he said.

Villarreal said Mexico will work constructively with all partners to ensure there are no winners and losers.

"For a deal to be successful, it has to work for all three parties involved, otherwise it is not a deal," he said.