Sounding optimistic, but warning that negotiations could be difficult, Foreign Affairs Minister Chrystia Freeland used a series of appearances on Monday to explain that Canada will seek to modernize North America's 23-year-old trade deal to update its labour standards, ease cross-border movements of professionals, cut red tape and open up government procurement.

Canada, the United States and Mexico are embarking on a "historic project," Freeland said, adding she was optimistic about the talks, but that there would likely be moments of drama and conflict.

In a speech at the University of Ottawa, the minister pointed to Canada's free-trade deal with the European Union as an example of the kind of "progressive" trade pact Canada wants to see in a new NAFTA.

The Canada-EU deal, known as CETA, comes into effect Sept. 21.

"Canadians broadly support free trade. But their enthusiasm wavers when trade agreements put our workers at an unfair disadvantage because of the high standards that we rightly demand. Instead, we must pursue progressive trade agreements that are win-win, helping workers both at home and abroad to enjoy higher wages and better conditions."

Freeland said the renegotiations are an opportunity to cut red tape and harmonize regulations to "make life easier for business people on both sides of the border." 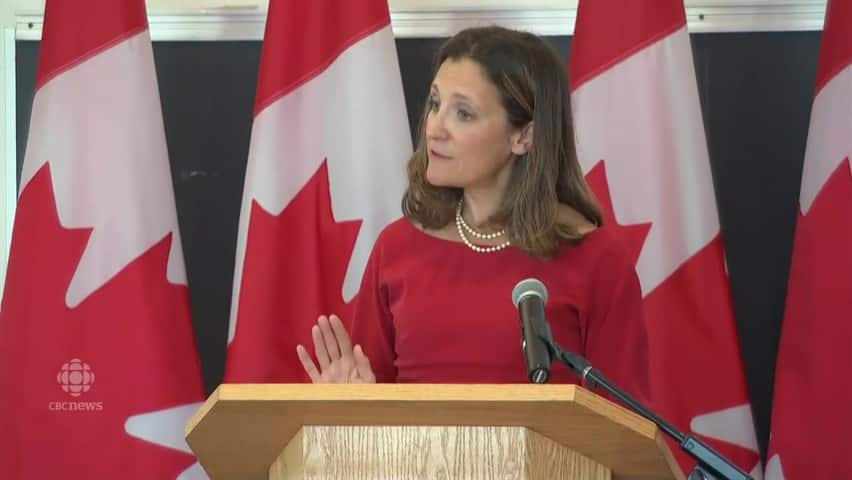 3 years agoVideo
2:25
Foreign Affairs Minister Chrystia Freeland outlines Canada's priorities for NAFTA during a speech at the University of Ottawa on Monday, ahead of talks beginning later this week. 2:25

Also among the six goals Freeland set out in her speech Monday:

Perhaps attempting to prepare Canadians for difficult times ahead, Freeland explained things could get messy, likening the process to remodelling one's kitchen. She recalled that the late Simon Reisman, Canada's chief negotiator during free-trade talks with the United States in 1987, dramatically walked away from the bargaining table at one point.

Freeland herself walked away last year from negotiations on CETA.

Appearing before the international trade committee after her speech at the Ottawa school, Freeland was asked to account for specific elements of business between Canada and the United States.

NDP Tracey Ramsey argued that CETA had "eroded" Canada's system of supply management in the dairy sector, and noted that the American administration takes issue with the arrangement. Conservative MP Dave Van Kesteren similarly wondered if Freeland would change the rules around dairy access. 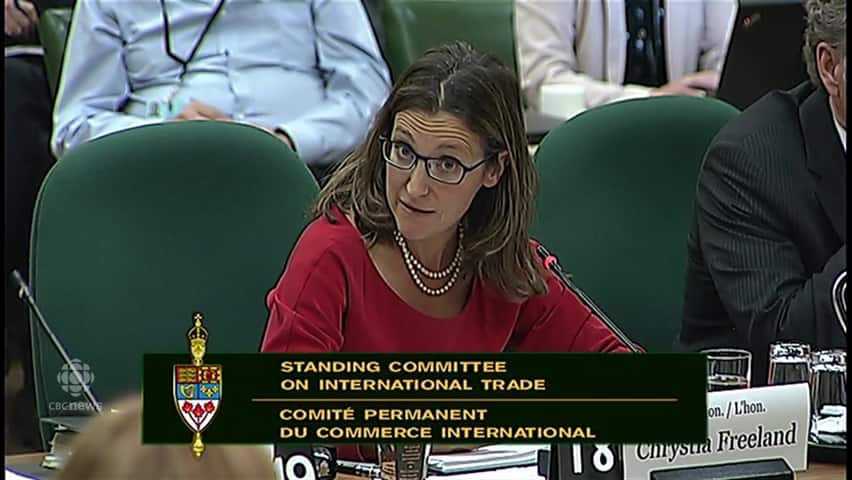 Freeland was accompanied by several officials from the Department of Foreign Affairs, including Steve Verheul, Canada's chief negotiator.

"We've been doing a lot of research on what the U.S. will be looking for, not looking just at their stated negotiating objectives, but well beyond that," Verheul assured MPs. "We have a good sense of what they're going to bring to the table and what the value of it is. And I think we're certainly well positioned to respond to whatever might come."

Conservative MP Randy Hoback nonetheless said not enough was presented to give the business community confidence that the government had a "game plan." Both Hoback and Ritz questioned whether the Liberal government had done enough to prepare for the talks. 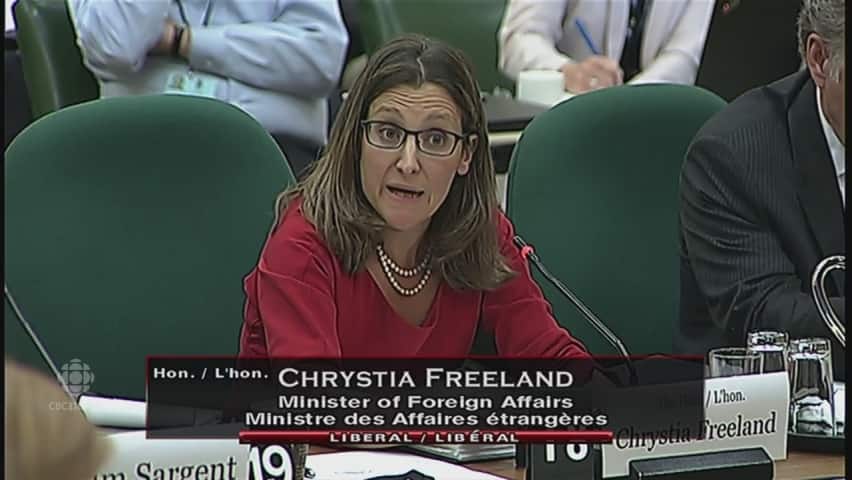 3 years agoVideo
1:52
Foreign Affairs Minister Chrystia Freeland tells the international trade committee that negotiations over softwood lumber with the United States will continue in parallel with NAFTA talks set to begin this week. 1:52

Freeland will travel to Washington on Tuesday for a dinner with her U.S. and Mexican counterparts the night before the first round of formal negotiations is set to take place.

In the run-up to NAFTA renegotiations, the Liberal government waged a massive outreach to U.S. officials to send a message about the mutual importance of NAFTA to jobs and prosperity on both sides of the border. 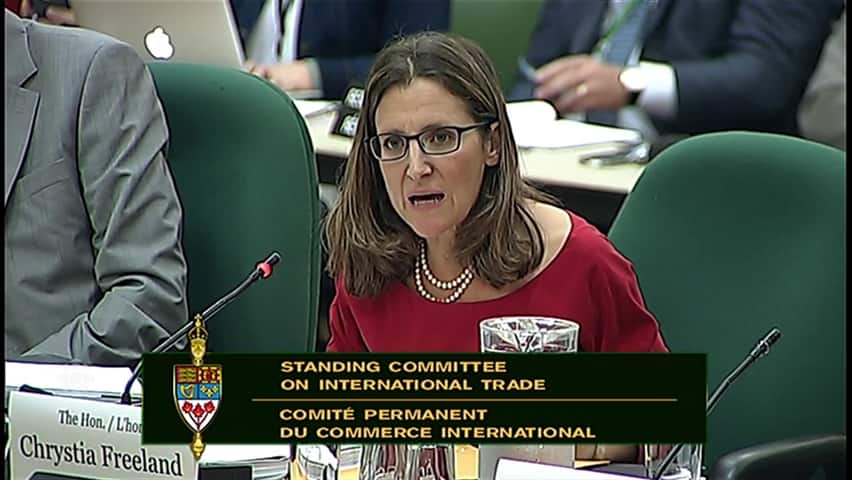 3 years agoVideo
3:19
Foreign Affairs Minister Chrystia Freeland cites the auto sector as a prime example of how complex and integrated the Canadian and U.S. economies are, during an international trade committee hearing ahead of NAFTA talks beginning later this week. 3:19
CBC's Journalistic Standards and Practices|About CBC News