'A step forward': NAFTA Round 6 talks wrap up in Montreal with some progress

Trade ministers from Canada, Mexico and the United States wrapped up the sixth NAFTA negotiations in Montreal, agreeing some progress was made but acknowledging tough challenges still lie ahead to strike a new deal.

Trade ministers from Canada, Mexico and the United States wrapped up the sixth round of NAFTA negotiations in Montreal today, agreeing some progress was made but acknowledging tough challenges still lie ahead to strike a new deal.

U.S. Trade Representative Robert Lighthizer said while some progress was made, he hopes it will accelerate and achieve "major breakthroughs."

"This round was a step forward, but we are progressing very slowly," he said.

The three political trade leaders closed a chapter on anti-corruption and made progress on other key areas.

In his closing remarks, Lighthizer also took the opportunity to rip into a trade challenge launched by Canada against the U.S., calling the World Trade Organization filing against Washington's use of anti-dumping and anti-subsidy duties "unprecedented" and a "massive attack on all of our trade laws." 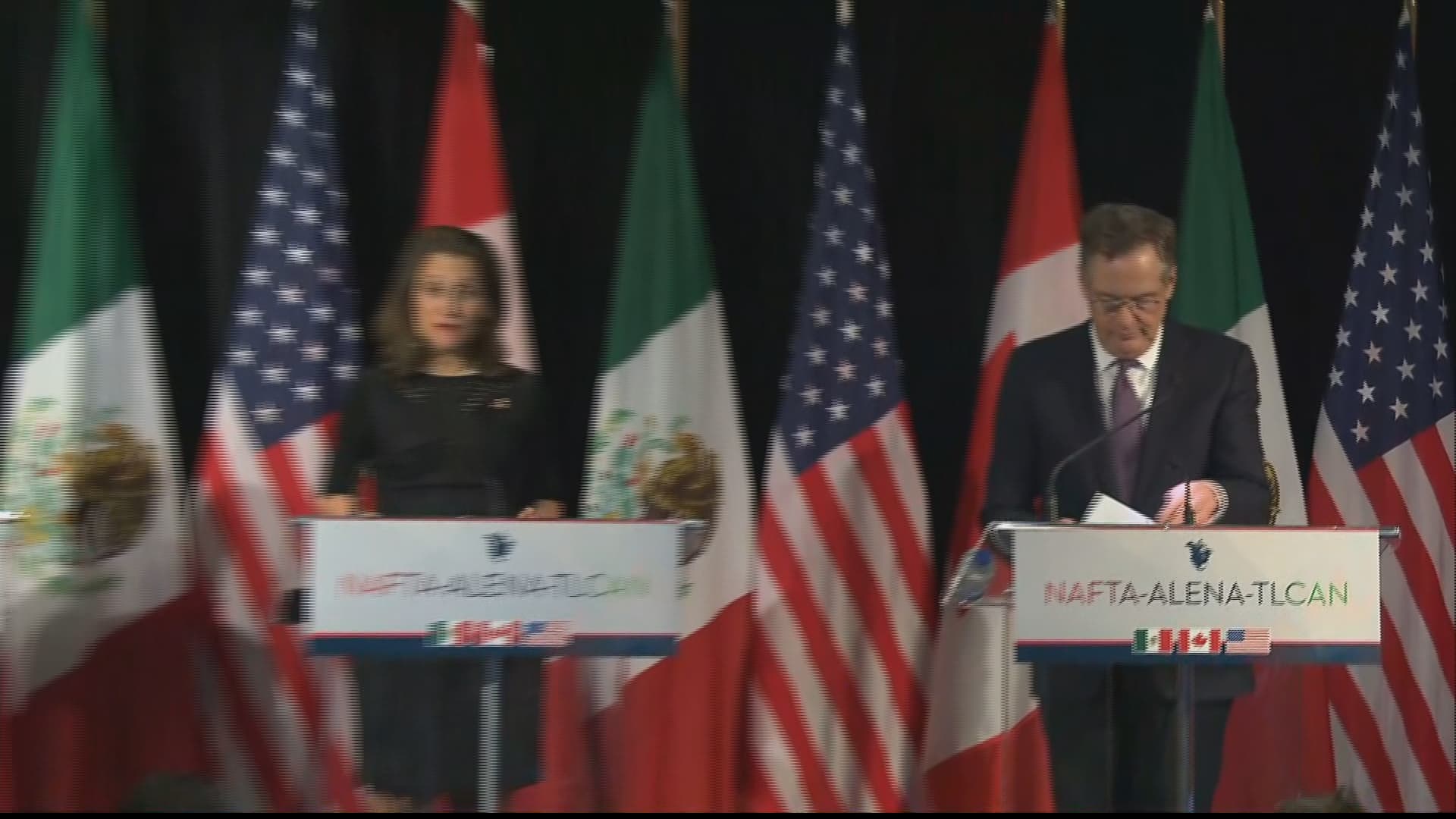 3 years agoVideo
2:53
U.S. Trade Representative Robert Lighthizer and Canada's Foreign Affairs Minister Chrystia Freeland use numbers showing that their country is on the wrong side of the trade surplus/deficit equation. 2:53

Foreign Affairs Minister Chrystia Freeland said Canada prefers a negotiated settlement, but in the meantime, will protect the domestic softwood lumber industry. She said the WTO challenge is a separate issue from the NAFTA talks.

In the challenge, Canada cited other examples of alleged U.S. wrongdoing, almost all of them concerning other trading partners, such as China, India, Brazil and the European Union.

Lighthizer also shot down two "compromise" proposals put on the table by Canada, including a rules-of-origin pitch for autos.

"We find that the automobile rules-of-origin idea that was presented when analyzed, may actually lead to less regional content than we have now, fewer jobs in the United States, Canada and most likely Mexico," he said. "This is the opposite of what we were trying to do."

Freeland said Canada agrees with recent statements made by U.S. President Donald Trump that free trade must be fair and reciprocal.

"Canadians do not view free trade as a zero sum game in which one side must lose in order for the other to win," she said.

During the joint news conference, Lighthizer said Canada has an $87 billion surplus with the U.S; $46 billion when energy is removed. But Freeland came armed with her own numbers to rebut his claim, citing figures from the U.S. Bureau of Economic Analysis in the Department of Commerce, which she said found Canada had an $8 billion deficit in overall trade with the U.S.

While there was tough talk from both politicians, the tone was somewhat more positive than after the last round, when Freeland openly accused the U.S. of deliberately trying to undermine NAFTA, calling its list of unconventional proposals "troubling." 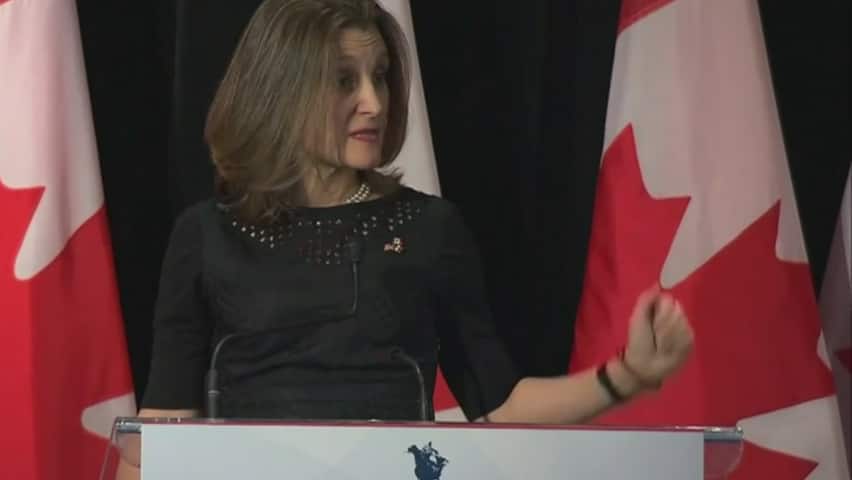 Freeland says NAFTA progress being made

3 years agoVideo
1:25
Foreign Affairs Minister Chrystia Freeland says that, despite the rhetoric coming from U.S. Trade Representative Robert Lighthizer, progress is being made in the NAFTA renegotiation. 1:25

She also warned that an updated NAFTA can't be achieved with a "winner-takes-all mindset," or one that tries to undermine, rather than modernize, the agreement.

Monday, she said she was not taken aback by Lighthizer's language, saying trade negotiations are always a "dramatic" process with accusations made and "high rhetoric."

"That's how these things work," she said.

The sixth round closed on a more conciliatory note, with all three countries looking forward to more progress on the next round of talks, which will be held in Mexico City late February.