The U.S. trade representative was expected to post text online this weekend that reveals more of what Mexico has agreed to so far in the renegotiation of the North American Free Trade Agreement. What it says may offer new insight into where Canada stands, too.

The U.S. trade representative was expected to post text online this weekend that will lay out more of what Mexico has agreed to so far in the renegotiation of the North American Free Trade Agreement.

While Robert Lighthizer portrayed the preliminary agreement in principle announced in late August as exclusively bilateral, it may include at least a dozen chapters reportedly closed between all three NAFTA partners.

That means that at least indirectly, the document expected over this weekend may reveal more than has been previously confirmed about Canada's negotiations to date.

Mexican government officials have sent mixed signals on whether some of what they agreed to is viable without Canada.

Nevertheless, Mexico has not opposed the Trump administration's moves to proceed. Mexico's economy ministry was expected to publish text on its website on Friday evening. But a decision was later taken to delay the publication in order to give Canada more time to come on board.

Lighthizer said during an event in New York Tuesday that even though the Donald Trump administration is moving towards signature with Mexico, talks with Canada will continue.

"If we can't get an agreement with Canada, we're not going to walk away from one with Mexico. It makes no sense," he said.

As for Canada, "we'll have to do something separately as soon afterwards as we can," he told the Concordia Summit. "We're certainly not going to give up."

The USTR is required to post text of an agreement 60 days in advance of signing it, meaning this weekend is the deadline. The outgoing Mexican president leaves office on Dec.1.

Missing this window would be "unfair to all the people involved," Lighthizer said, adding Americans don't know how negotiations might go with the next Mexican president.

While he sounded frustrated at not concluding talks with Canada, he didn't show the personal animosity U.S. President Donald Trump lobbed at Canada's negotiating style, remarks that sparked a flurry of stand-by-our-team defensiveness in Ottawa and beyond. 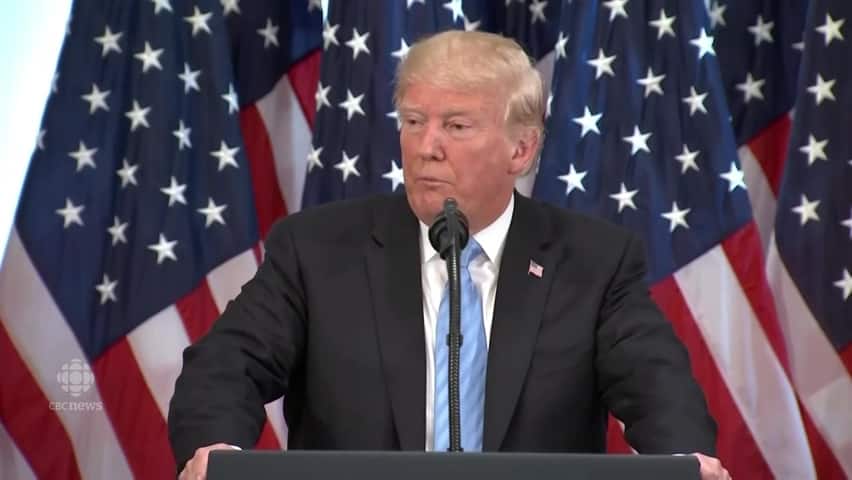 2 years agoVideo
0:30
U.S. President Donald Trump told reporters in New York Wednesday that he rejected a meeting with Prime Minister Justin Trudeau because he does not like Canada's tariffs, NAFTA negotiating style or representative at those negotiations. 0:30

While negotiators have been meeting continuously in recent weeks, Foreign Affairs Minister Chrystia Freeland is in New York for the United Nations General Assembly, where she's scheduled to speak Saturday.

It's not clear exactly what kind of text will be posted for Congress, nor how it will be received.

Former officials familiar with legal work required to prepare text for signature doubt the USTR had enough time to rewrite any text drafted on the premise of Canada going along.

In the case of the automotive chapter, some of the rules-of-origin calculations may have been based on all three countries participating in the tariff-free North American supply chains, not just two.

Regardless, any text released need not be what Congress eventually votes on. There's a long committee consultation process ahead to provide feedback before votes begin.

The timelines for that process make it all but impossible for the current Congress to approve this deal. Instead, the earliest possible timeline for the new Congress to vote appears to be February or March in 2019.

Even that assumes something that's not a given: Congress agreeing with the Trump administration that its authorization to renegotiate the currently trilateral NAFTA would apply to this attempt at fast tracking text for a deal that leaves one country out.

That kind of endorsement appeared elusive Thursday, after the USTR briefed both the Senate finance committee and the House ways and means committee that have jurisdiction over trade votes.

Democrats emerged from that meeting panning the strategy of proceeding without Canada.

Oregon Sen. Ron Wyden called it "malpractice, both for economic and political reasons," and said the Trump administration was "surrendering on fixing NAFTA."

Canadian negotiators have been tight-lipped on the details of what they may or may not have already signed off on, focusing instead on occasional revelations about what the final sticking points are.

In that respect, this text may be illuminating.

The existing NAFTA has 22 chapters, but various officials have suggested Canada may have made progress at convincing the other two countries to add chapters on gender equality and Indigenous rights. New chapters covering the digital economy and e-commerce were also expected.

Earlier in the summer, Mexican officials said nine or ten chapters were closed trilaterally. Canadian officials told CBC News earlier this month that another three chapters closed during bilateral talks between Canada and the U.S. over the last month.

The text may also include at least one highly-anticipated side letter laying out automotive export restraints Mexico agreed to in return for not facing the car tariffs Donald Trump keeps threatening.

In late August, it wasn't clear exactly what Mexico agreed to for the three dispute resolution chapters in the current NAFTA. Canada's been fighting hard to keep the ability to refer unfair U.S. duties to NAFTA panels for arbitration, so this part of the text may be what Canadians turn to first.

It's unclear whether Canada has signed on to the reforms previewed for the existing Chapter 11 investor-state dispute settlement process.

The August announcement was also silent on the future of Chapter 19, one of the remaining sticking points between the U.S. and Canada.

Nor did officials say what's happening to Chapter 20, the state-to-state dispute resolution process which, while rarely used, is arguably of critical importance. The ability of the World Trade Organization to mediate global trade disputes effectively appears more and more in doubt. 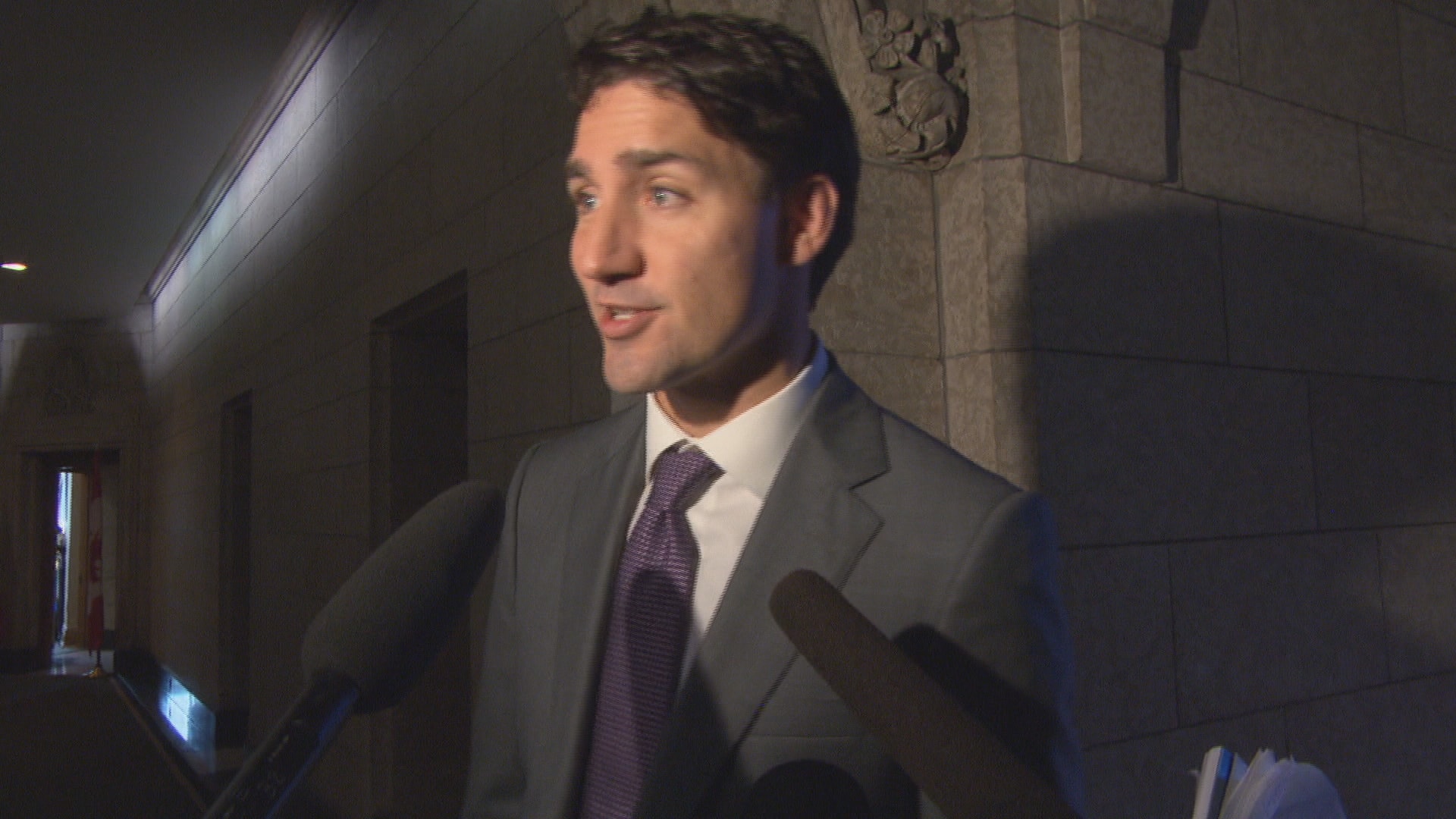 Language on environmental and labour protections previously relegated to side letters was expected to be elevated to full chapters in the revised agreement, similar to the approach taken in the 12-country Trans-Pacific Partnership text the three countries signed in 2016. (The United States withdrew from the TPP when Trump took office.)

Analysts will be looking at the new language for evidence of improved enforceability, particularly in light of the support labour unions gave for NAFTA's renegotiation, amid longstanding concerns about cheap Mexican labour offering an incentive for businesses to move south.

Key Democratic votes in Congress may hinge on labour groups feeling satisfied, and a coalition of Democrats and Republicans may be required to ratify new text.

Agricultural trade provisions reached between the U.S. and Mexico may offer little to no insight on the state of Canada's negotiation, however. In the existing NAFTA, agricultural provisions apply on a bilateral, not trilateral, basis.