Canada's NAFTA stance on culture is all about politics, not policy

The exemption Canada negotiated for cultural industries in its first free trade agreement with the United States still haunts the renegotiation of NAFTA three decades later. But is this perennial "red line" for Canadian trade negotiators smart policy, or just smart politics?

The exemption Canada negotiated for cultural industries in its first free trade agreement with the United States still haunts the renegotiation of NAFTA three decades later.

But is this perennial "red line" for Canadian trade negotiators smart policy, or just smart politics?

"It is inconceivable to Canadians that an American network might buy Canadian media affiliates, whether it's newspapers or TV stations or TV networks," Prime Minister Justin Trudeau told reporters last week, as his officials began briefing journalists on how the Americans weren't prepared to sign off on the status quo.

Groups representing Canadian artists and others who make their living producing Canadian content were quick to man their barricades — particularly in Quebec, where French-language cultural programming is seen as a bulwark protecting the province's unique identity in North America. 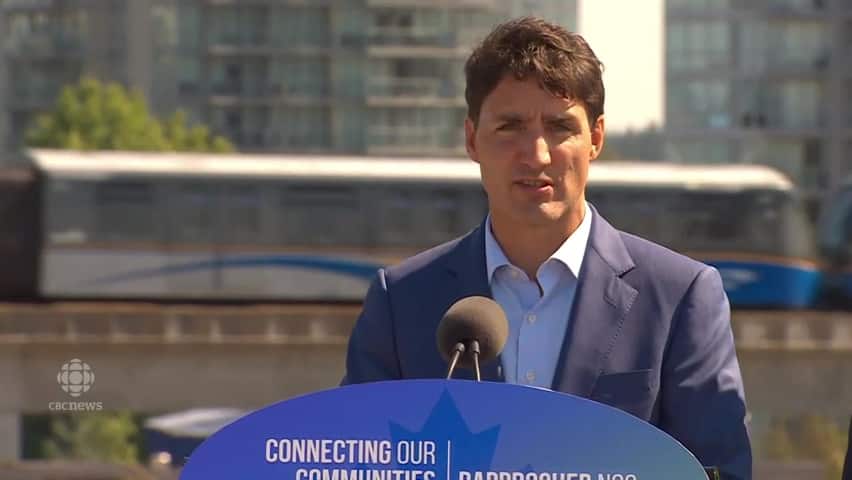 Trudeau holds firm on Chapter 19 and culture in NAFTA talks

3 years ago
1:37
Prime Minister Justin Trudeau spoke to reporters Monday in Surrey, BC 1:37

But some studying the updated negotiating objectives presented to the U.S. Congress seem skeptical that the U.S. is planning a sudden lunge to gobble up Canadian media assets.

"I would be pretty surprised if [U.S. Trade Representative Robert Lighthizer's office] wasn't willing to accept some limitations around foreign ownership of Canadian media. That hasn't been controversial in the past," said Meredith Lilly, a former trade adviser in Stephen Harper's office who now teaches at Carleton University.

While the Canadian government speaks of maintaining the existing cultural exemption, its preservation may not be the issue.

Instead, it needs updating. It was drafted in an era of print media and over-the-airwaves broadcasting. If negotiators are sincerely trying to modernize the North American Free Trade Agreement for the 21st century, they have to confront new questions.

"That [NAFTA] exemption does not include clear language on the internet," Lilly said.

The Trans-Pacific Partnership trade agreement negotiated by previous Canadian and American governments included language on digital communications and e-commerce. "It would represent a real hole" if a reworked NAFTA didn't acknowledge cultural products in the digital economy, she said.

When the United States pulled out of the TPP, the 11 remaining countries, including Canada, made revisions before proceeding with the renamed Comprehensive and Progressive Trans-Pacific Partnership (CPTPP).

The Canadians sought and received agreement from each remaining country to suspend language the U.S. had asked for on digital content.

With this revision, Canada can require financial contributions for Canadian content development from cultural service providers and investors in ways that might discriminate between Canadian and foreign media.

Restricting access to foreign audio-visual content online is also possible, thanks to the language Canada got suspended.

Where does this leave the NAFTA renegotiation?

While the USTR's negotiating objectives don't mention culture as such, they do mention "non-discriminatory treatment of digital products transmitted electronically" and instruct negotiators to "guarantee that these products will not face government-sanctioned discrimination based on the nationality or territory in which the product is produced."

So maybe the U.S. is digging in for a battle over cultural policy in NAFTA. Does Canada feel strongly enough to hold out?

Lilly said that if language allowing Ottawa to discriminate between domestic and foreign digital content isn't a part of the renegotiated NAFTA, "the government would have a difficult case asserting in the future that those kinds of activities would fall under the [cultural] exemption."

As an example, consider this timely policy question: How could a Canadian government support vibrant journalism at a time when traditional revenue models appear to be broken beyond repair?

If a future government program funded Canadian digital ventures without the protection of some kind of NAFTA cultural exemption, American media outlets operating in Canada could litigate for their right to access Canadian taxpayers' money.

University of Ottawa law professor Michael Geist, who specializes in the internet and e-commerce, said he doesn't see the USTR's negotiating goals on digital content as unreasonable, or worth the fight from Canada's point of view.

For starters, trade agreements aren't the right place to negotiate these matters, he said.

But on the substance, not discriminating between foreign and Canadian content creators "seems perfectly fair," he said. "If you're requiring someone to pay [into a fund for Canadian content], certainly they should be able to enjoy the benefits" through access to its funding or programming, he added.

As for blocking access to foreign audio-visual content, "that's inconsistent with the principle of net neutrality that [Canada] also supports," he said.

"There's no reason to believe that a foreign owner would be less likely to produce Canadian content," Geist said — if audiences want it, and the rules require it, there will be Canadian content.

"You win and you attract audiences not by virtue of ... the nationality of your owners," he said.

Political cover for a dairy concession?

Mexico isn't particularly interested in the cultural exemption. When the first NAFTA was negotiated, the text was essentially copy-pasted from the Canada-U.S. trade agreement that came before.

Perhaps it's no surprise, then, that cultural protections didn't come up when the talks were trilateral.

As high-stakes bilateral negotiations continue between Canada and the U.S., Geist said he thinks Canada has bigger issues it should focus on, such as U.S. demands for an extension of copyright terms or longer drug protections.

Mexico already agreed to these, and now the pressure's on Canada.

Clinging to cultural restrictions is "anti-consumer," he said.

"The issue plays well in Quebec, and copyright term doesn't," Geist said. "The policy goal is just to curry favour with certain groups, for whom the very notion that culture can be a subject in a negotiation in a trade deal is anathema." 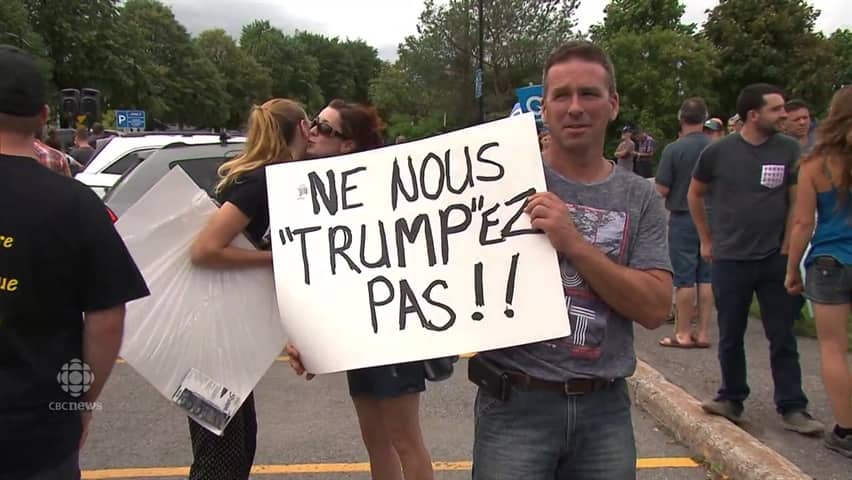 2 years ago
0:27
Hundreds of young farmers held a protest outside Prime Minister Justin Trudeau's riding office in Montreal to remind negotiators to keep fighting for them at the NAFTA table. 0:27

When Stephen Harper's government agreed to some U.S. demands in the TPP talks to prevent governments from discriminating between foreign and domestic online content, said Geist, it was seen as offside by politically-active groups who insist on culture being left off the table in trade talks.

When the CPTPP was revived, the new Liberal government had to "make a lot of noise" to distinguish itself with "voting blocks" in places like Quebec and Toronto, Geist added.

At the time, that noise obscured the fact that the revised CPTPP still made an economically-significant incursion into Canada's dairy market — something that traditionally upsets significant numbers of Quebec voters.

The Trudeau Liberals may be hoping their loud defence of Canadian culture can balance off another dairy concession.