Canada, the United States and Mexico are still "quite a distance away" from agreement on key aspects of a revised North American Free Trade Agreement, Canada's chief NAFTA negotiator said today.

Washington's concession on auto parts was progress, but not enough to seal the deal, says Verheul

Canada, the United States and Mexico are still "quite a distance away" from agreement on key aspects of a revised North American Free Trade Agreement, Canada's chief NAFTA negotiator said today.

Optimism bloomed last week when U.S. negotiators dropped their contentious demand that all vehicles made in Canada and Mexico bound for the U.S. market contain at least 50 per cent American-made components.

Lead Canadian negotiator Steve Verheul said that while that compromise was a positive signal, there are still outstanding issues that need to be resolved.

"These are challenging negotiations, we always knew that, but we are going to keep on working hard and we would like to get to the finish line as soon as it is possible to get there," she said. 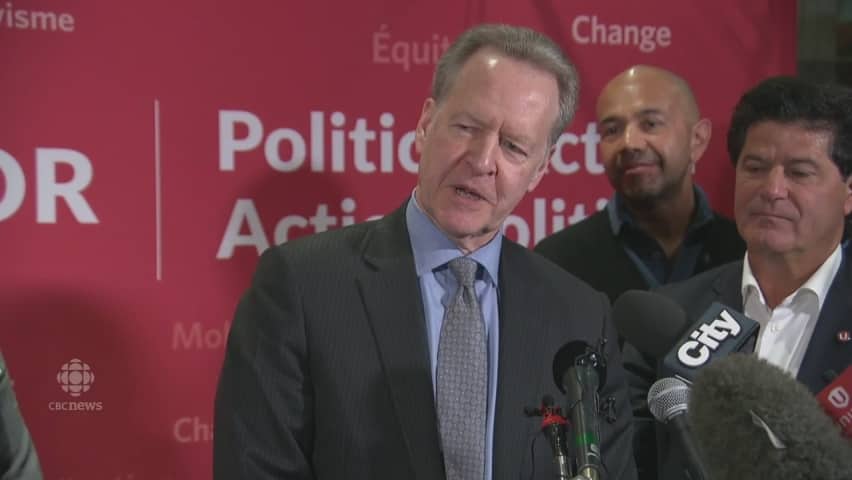 In effort to get a deal as quickly as possible, the U.S. has established a May 1 deadline. If the deadline is not met, the Trump administration could suspend an exemption it gave Canada and Mexico on new steel and aluminum tariffs.

"I think if we're going to try to move this process forward we need to work very intensively over the coming weeks."

"If there's a real effort made to try to close out and to compromise and to do some of the things we all know we should do, I'm optimistic we can get something done, in principle, in the next little bit."

Lighthizer acknowledged there is political pressure on the U.S. to reach a new agreement before the current Mexican government leaves office because there is worry — with a new government — that NAFTA talks could drag into 2019.

"We have a short window because of elections and things beyond our control," he said.

Freeland said that the U.S. has offered some creative solutions to resolving sticking points such as the rules of origin issue, which she described as "the most complicated part of our negotiation."

"I do think, as [Lighthizer] has said, as has been reported, we have now made some good progress on rules of origin, particularly in the auto sector. As we said all along, this issue is one of the most complicated and has really been at the heart of the agreement."

U.S. domestic trade law also requires 195 days for consultations on a new trade agreement before lawmakers can vote. The absolute drop-dead date for starting that 195-day clock, before a new Congress takes office on Jan. 3, 2019, is June 21 — although one trade expert says the practical deadline is even earlier.

Verheul said he has not yet received a formal invitation to the next round of meetings and he's still waiting to see whether that will happen.

Verheul was in Ottawa Wednesday to meet with Unifor National President Jerry Dias and Mexican and Canadian labour leaders for a roundtable on worker's rights.

With files from Mike Blanchfield and Alexander Panetta, Canadian Press