Canada's special envoy to Myanmar hopes a damning new UN report that calls for the perpetrators of genocide against the Rohingya population to be prosecuted at the international court will ramp up pressure for accountability, but he warns the process will face challenging hurdles.

Canada's special envoy to Myanmar hopes a damning new UN report that calls for the perpetrators of genocide against the Rohingya population to be prosecuted will ramp up pressure for accountability, but he warns the process will face challenging hurdles.

Bob Rae welcomed the report, calling it thoughtful and carefully worded. He said he hopes its timing — just weeks before the opening session of the UN General Assembly — will make the crisis a priority issue for world leaders gathering in New York.

But Rae said he expects that referring the matter to the International Criminal Court by the UN's security council will be hampered by China and Russia, which have blocked moves in past.

"It's not easy to do, but the fact the report is so clear, I think puts pressure on everybody to deal with the extent of the problem," Rae said.

The UN report names six military commanders in Myanmar who should be investigated for genocide in Rakhine state and crimes against humanity in other areas, calling their actions "shocking for their horrifying nature and ubiquity."

"Many of these violations undoubtedly amount to the gravest crimes under international law," it reads.

The report also condemns the de facto head of government, Aung San Suu Kyi, for failing to use her power or moral authority to stem or prevent the unfolding events and meet her responsibility to protect the civilian population. Instead, civilian authorities have spread false narratives, allowed hate speech to flourish, and blocked independent investigations, the report says. 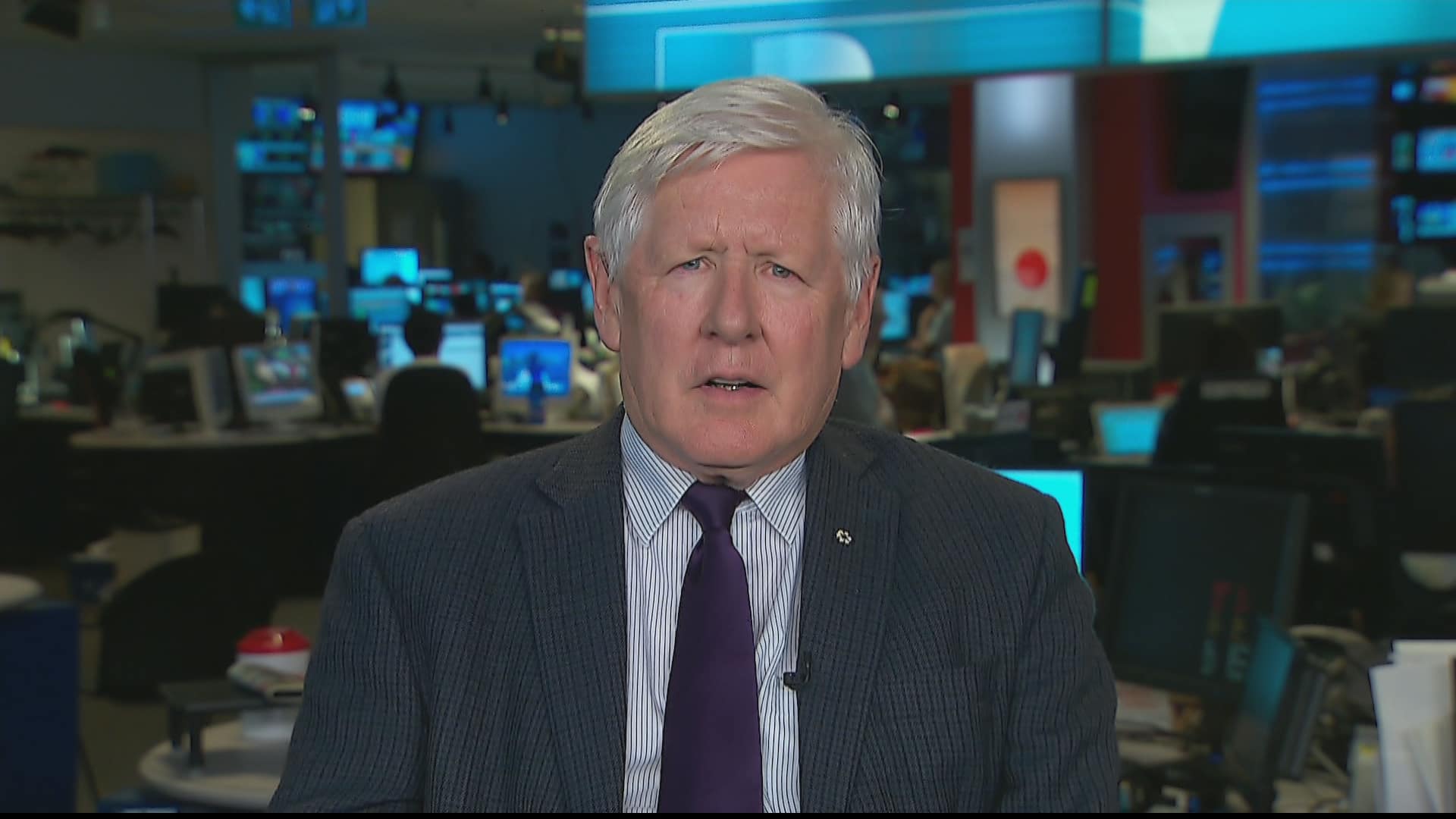 2 years ago
6:18
Canada's special envoy to Myanmar Bob Rae weighs in on a UN report that names six military commanders in Myanmar who should be investigated for genocide in Rakhine State. 6:18

"Through their acts and omissions, the civilian authorities have contributed to the commission of atrocity crimes," the UN report reads.

Rae, whose term as envoy has been extended past its June mandate, would not comment on whether Suu Kyi should have the honorary Canadian citizenship revoked, but he urged the federal government to deliver more funds to help run the refugee camps in Bangladesh.

"The cost of running these camps is much greater than anybody anticipated, and it's going to require a greater effort not only from Canada but from a number of countries," he said. "The practical reality is you can't lead in these matters unless you're prepared to do the heavy lifting."

More than 700,000 Rohingya have fled violence in the past year, with most living in squalid, cramped camps in neighbouring Bangladesh.

John Packer, an expert in international law and human rights at the University of Ottawa, said Canada could play a leading role by marshalling an international effort to urge the security council to refer the matter to ICC.

"I would bet money it would fail, but it's worth showing it would fail, because it would then put the Russians and the Chinese, even the Americans and others, in this extremely awkward position — in light of all this, saying, 'No we're going to let this continue.'"

Packer said Myanmar has at least $12 billion in exports annually, and that powerful people, including military generals, benefit financially from foreign investments. Collective international efforts to impose comprehensive sanctions could have a major impact, he said.

"Of course we would all like to have effective legal recourse and accountability of all the individuals concerned, but practically speaking we know from other situations such as South Africa and apartheid that what really pinches is when it touches them economically," he said.

In June, Canada imposed sanctions on several Myanmar officials believed to be involved in brutal military attacks. The sanctions freeze the individuals' assets and prohibit any dealings with them in Canada.

They also bar Canadians outside the country from dealing in any sanctioned individuals' property, or providing financial services to them.

Honorary Canadian citizenship is conferred by joint resolution of the House of Commons and the Senate or by proclamation of the Governor General on the recommendation of the prime minister.

There is no precedent for revoking the award of honorary citizenship, but a government official said the procedure would be the same as for awarding it.

Suu Kyi will be stripped of her Freedom of Edinburgh award for refusing to condemn the violence against the Rohingya.

It's the seventh honour the former Nobel peace prize winner has had rescinded in the U.K. over the past year. Oxford, Glasgow and Newcastle also revoked her Freedom of the City awards.

A statement from Global Affairs Canada released late Monday said Canada welcomes the fact-finding mission's conclusion that senior officials in the chain of command should be investigated and prosecuted.

"Canada will continue to work closely with other states, international organizations and partners as well as civil society to hold those responsible for such international crimes to account, including through the establishment of an international accountability mechanism," it read.

The department did not respond to the question of whether Sue Kyi's honorary citizenship could be revoked.