Former prime minister Brian Mulroney says the Trans-Pacific Partnership trade deal is doomed to fail because of hostility in the U.S. Congress.

Former prime minister Brian Mulroney says the Trans-Pacific Partnership trade deal is doomed to fail because of hostility in the U.S. Congress and widespread antipathy to trade initiatives in general.

Mulroney made the prediction Wednesday when he was asked about Hillary Clinton's opposition to the 12-nation accord, which the Democratic presidential nominee says benefits drug companies and does not address currency manipulation.

"The TPP is not going to fly anyway," Mulroney said after taking part in a ceremony to formally announce plans for the Brian Mulroney Institute of Government at his alma mater, St. Francis Xavier University in Antigonish, N.S.

"It has nothing to do with Canada. It appears to be on pretty shaky ground in the American Congress."

Mulroney said the deal won't survive mainly because of "hostility" among U.S. lawmakers.

"That's why I've been urging the government of Canada to negotiate bilateral agreements with China, India and so on," he said. "Canada's fine, but we have to get out there and hustle and do some more of these bilateral trade agreements."

The 77-year-old former politician was quick to extol the virtues of NAFTA, saying it raised living standards in Mexico and reversed the exodus of Mexicans to the United States.

"It solves one of the key issues in the Mexican-American portfolio," he said. 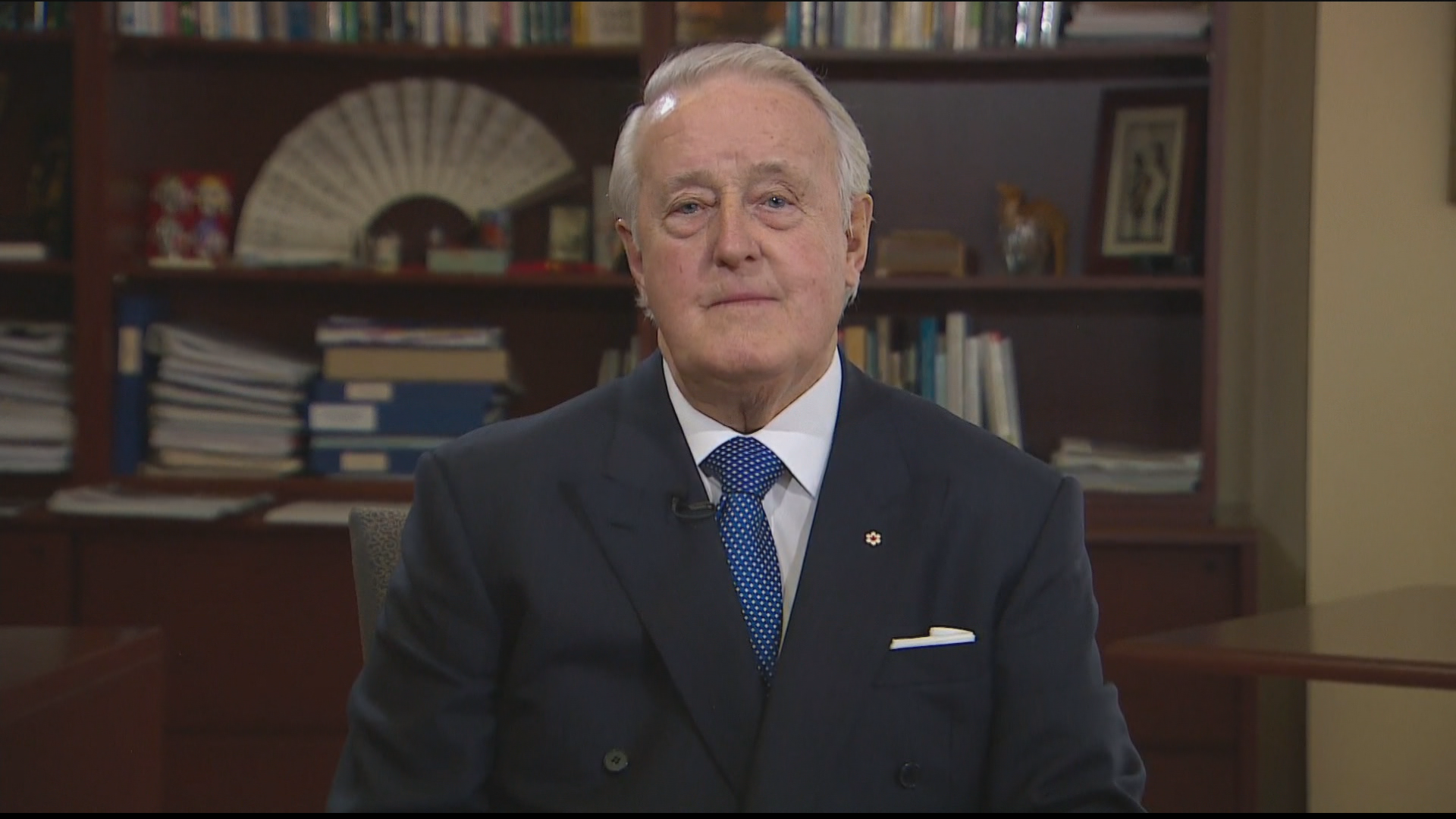 As for Donald Trump's suggestion he would rip up NAFTA if elected president on Nov. 8, Mulroney said he wasn't worried by the Republican nominee's bluster.

"If you take a look at it, five or 10 years from now, NAFTA will be securely in place, and I don't know what will happen to other people," he said.

'Some good sense' needed on CETA

Speaking later to CBC News Network's Power & Politics, Mulroney said he thinks the current troubles with CETA are not unsurmountable and could be overcome by "some good sense."

"This is not unusual in negotiations," he told host Rosemary Barton. "I think the prime minister and (Chrystia Freeland) are doing what they should do in these circumstances. But you know, you can't put a gun to somebody's head who's sitting on the other side, who's being completely unreasonable."

Mulroney said it was now time for the leaders of Germany and France to tell Belgium that "the jig is up" and compel the small country to move forward and sign the deal.

"I think the original deal, negotiated by the previous government, and the enhancements that have been brought to bear by the present government, have all strengthened our position and there is no reason why this should not go through," he said.

Mulroney also noted that the current anti-trade sentiment in the U.S. Congress threatens the future of global trade agreements suggesting that if Canada had tried to knock on the U.S. president's door today to ask about signing a free trade deal Canada would be "as dead as doornails."

Critics worry about impact on workers

The TPP — also opposed by Trump — would lower or eliminate thousands of tariffs and enshrine quality and workers' rights standards among its signatories. It would grant Canada preferential access to markets in the Asia-Pacific rim, forming one of the largest trade areas in the world.

Last month, a federal study predicted Canada would generate more than $4 billion in long-term GDP gains if it joined the TPP, but stands to take a $5 billion loss if it opts out.

The analysis, conducted by the Office of the Chief Economist at Global Affairs Canada, assessed the impact of the TPP on Canada and other countries that tentatively signed on to the trade deal last October.

However, the complex deal has sparked criticism from those who say it favours foreign competitors over domestic companies in certain industries, and would deal a blow to the auto and dairy farming sectors, among others.

Critics have also cited the risk of large corporations suing governments over legislation that indirectly curtails their profits.

Economist Joseph Stiglitz has said the deal benefits big business at the expense of working people, driving down the bargaining power of workers, including their wages.

The Canadian government has said it is keeping an open mind about the deal and is consulting Canadians. The House of Commons trade committee is currently studying the deal.

On Tuesday, an official in Vietnam said the country needed more time before it ratifies the TPP, dealing another blow to the trade deal, which includes the United States and Japan.