The government will include reform of the generous pension plan for members of Parliament in a second omnibus budget bill to be tabled next week, CBC has learned.

5 bills to expect this fall – and 1 that's missing 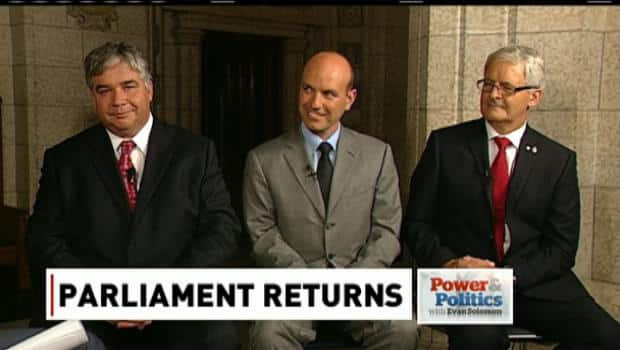 The government will include reform of the generous pension plan for members of Parliament in a second omnibus budget bill to be tabled next week, CBC has learned.

The CBC's Hannah Thibedeau reports the government expects to pass the bill by Christmas, according to government sources. The government's first 425-page omnibus bill to implement measures from its spring budget along with other changes was opposed by the NDP and led to an all-night voting marathon in June. That bill passed.

The sources said next week's second omnibus bill would contain some potentially contentious measures but would be less controversial than the previous bill, which among other things speeds up the environmental review process for industrial projects such as mines and pipelines.

The government signalled in its March budget that it would tackle reform of MPs' pensions, but did not provide details.

MPs can now collect their pension at age 55 if they leave Parliament after serving at least six years. That age of eligibility is expected to be increased.

It is also expected that the government will ask MPs to start contributing more to their pensions.

MPs now receive pensions of up to 75 per cent of their MP salary. That figure can grow, however, for MPs who earn more by serving in cabinet or as a committee chair, for example.

The MPs' pension fund also is guaranteed to grow each year thanks to taxpayer contributions.

A study by the C.D. Howe Institute last January found that in 2011 the taxpayers' share of contributions to the plan was more than six times the amount paid by MPs into the plan.

Numbers released last June by the Canadian Taxpayers' Federation tallied an even greater disparity in who bears the brunt of the costs: the taxpayer watchdog believes the public contributes more than $24 for every $1 MPs contribute.

As MPs returned to work Monday, a plane paid for by the CTF circled Parliament Hill towing a banner that read: "Back to Work MPs. Fix Your Pensions!"

The government proposed in its spring budget to adjust the public service pension plan so that employee contributions over time equalled those of the employer.

"Comparable changes to the contribution rates will be made to the pension plans for the Canadian Forces, RCMP and parliamentarians,'' the budget read.

The news of the proposed pension changes comes as MPs returned to the House of Commons today following a summer spent working in their ridings. After pushing hard to get some legislation through Parliament before the summer recess, the fall gives the government a chance to reset and turn its attention to new goals.

C-30 the Protecting Children from Internet Predators Act: Toews' lawful access bill, otherwise known as the online surveillance or warrantless wiretapping bill, in which the only reference to children, minors and predators is in the short title. The bill would force companies that provide internet services to track users traffic and keep records, as well as turn over customer information when police ask for it — even without a warrant. A number of privacy advocates spoke out against the bill and Toews faced enormous public backlash to the bill after he told an opposition critic that he could stand with the government or with the child pornographers. The government didn't bring the bill back to the House for debate and won't say when they plan to return to it.