MPs set aside their partisan stripes today, uniting to adopt an NDP motion to oppose Donald Trump's trade tariffs and verbal attacks and to respond by slapping steep duties on the U.S.

The symbolic motion from NDP trade critic Tracey Ramsey called on the House to "stand in solidarity" with the Liberal government in its decision to retaliate against "illegitimate" tariffs imposed by the U.S. government on steel and aluminum imports. She said it is critical to stand in unity at this "difficult moment in time."

The motion also rejects disparaging personal attacks by U.S. officials, saying they "do a disservice to bilateral relations and work against efforts to resolve this trade dispute."

Today I introduced a Motion in the House of Commons calling for all parties in Parliament to stand together, united as one during this difficult moment with our US neighbours. Proud to see unanimous consent from all sides. <a href="https://twitter.com/hashtag/TrueNorthStrong?src=hash&amp;ref_src=twsrc%5Etfw">#TrueNorthStrong</a> 🇨🇦 <a href="https://t.co/upVRNklAiW">pic.twitter.com/upVRNklAiW</a>

The motion also also says MPs "remain united in support of Canadian farmers and supply management, which is integral for dairy, chicken, turkey and egg farming." 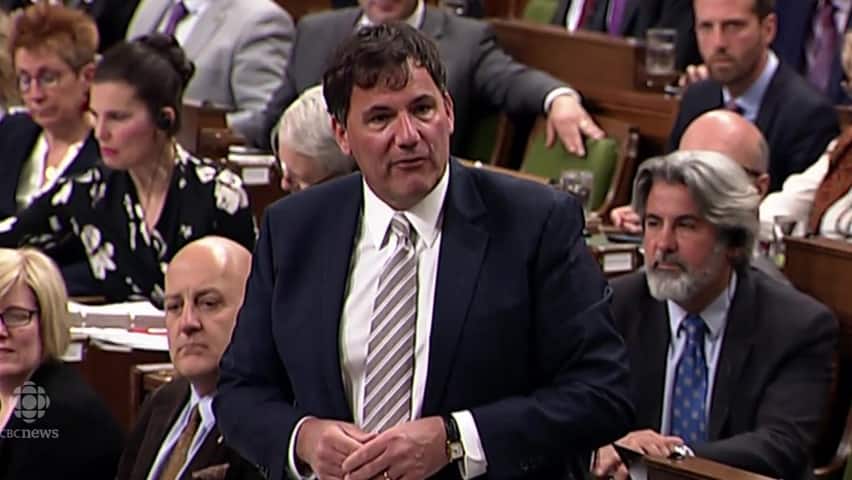 LeBlanc thanks MPs for backing PM

The united front comes after an extraordinary weekend in international diplomacy. After his decision to impose tariffs on Canada was criticized in public by Prime Minister Justin Trudeau during the the G7 summit in Charlevoix, Que., Trump berated Trudeau on Twitter, calling him "dishonest" and "weak." A number of top Trump officials continued the tirade on national television over the weekend.

Chief presidential economic adviser Larry Kudlow described Trudeau as a double-crosser who had betrayed the U.S. and weakened Trump's position going in to de-nuclearization talks with North Korean leader Kim Jong-un in Singapore.

"There's a special place in hell for any foreign leader that engages in bad faith diplomacy with President Donald J. Trump and then tries to stab him in the back on the way out the door," White House trade adviser Peter Navarro said in another interview Sunday.

"We are all Canadians first, and we will stand with Canadian workers and the families impacted by this escalating trade war," she said.

Fisheries Minister Dominic LeBlanc welcomed the support and said the government will continue to fight for Canada's interests.

"We will always stand with Canadian workers and thank our colleagues opposite for their support," he said.

The NDP motion also called on the House to recognize the importance of Canada's "long-standing, mutually beneficial" trading relationship with the U.S., and to stand with Canadian workers and communities that depend on trade ties. NDP move motion to stand in solitary against U.S. tariffs