Morneau says he's not worried about a recession despite job numbers

Canada's finance minister said that — while worrying about the economy is his job — he is not concerned that the country might be headed for a recession.

Canada's finance minister said that — while worrying about the economy is his job — he is not concerned that the country might be headed for a recession.

"My job … is to worry," he told host Vassy Kapelos. "I have to worry about numbers that came out last week. I also have to look at that in contrast to numbers that came out the week before. We will always look to ensure that we have the ability to respond to challenges, but no … we're dealing with an economy that's strong."

Morneau's optimism comes on the heels of Conservative attacks in the House of Commons during question period on Monday in which the Liberal government was accused of driving the economy to ruin.

"The failed economic policies of this prime minister have left Canadians with an economy that isn't working for anyone," said deputy Conservative leader Leona Alleslev.

"Businesses are leaving Canada and foreign direct investment has dropped by 56 per cent under this government. Government spending is out of control, Canada's debt is ballooning and we are on the edge of a recession."

When it comes to foreign direct investment in Canada, however, the story is a little different. In 2015 it stood at $783 billion and has risen every year to $877 billion by 2018.

A spokeswoman for the Conservative Party said that Alleslev's measure of foreign direct investment was reached by looking at the decline in "direct investment liabilities, equity, other than reinvested earnings," as measured by Statistics Canada.

Statistics Canada said Friday the economy lost 71,200 jobs last month and the unemployment rate rose four-tenths of a percentage point to 5.9 per cent, the highest point since August 2018, when it hit six per cent.

Alleslev pointed to the job losses as evidence the economy is in trouble, saying in question period "five of the G8 countries have lower employment rates than Canada."

The G8 group of countries effectively disbanded in 2014, when the leaders Canada, France, Germany, Italy, Japan, the U.K., U.S., and the presidents of the European Council and European Commission decided to no longer attend meetings that included Russia, as a sign of opposition to its aggression in Ukraine.

The party spokeswoman said Alleslev mispoke when she used the term "G8."

It is true, however, that according to the Organisation for Economic Co-operation and Development, Japan, Germany, the UK, the U.S. and Russia all have lower unemployment rates than Canada.

Still, Morneau said that he is not concerned because his department is predicting growth and fully expects Canada to be one of the top two growth nations in the G7 next year. 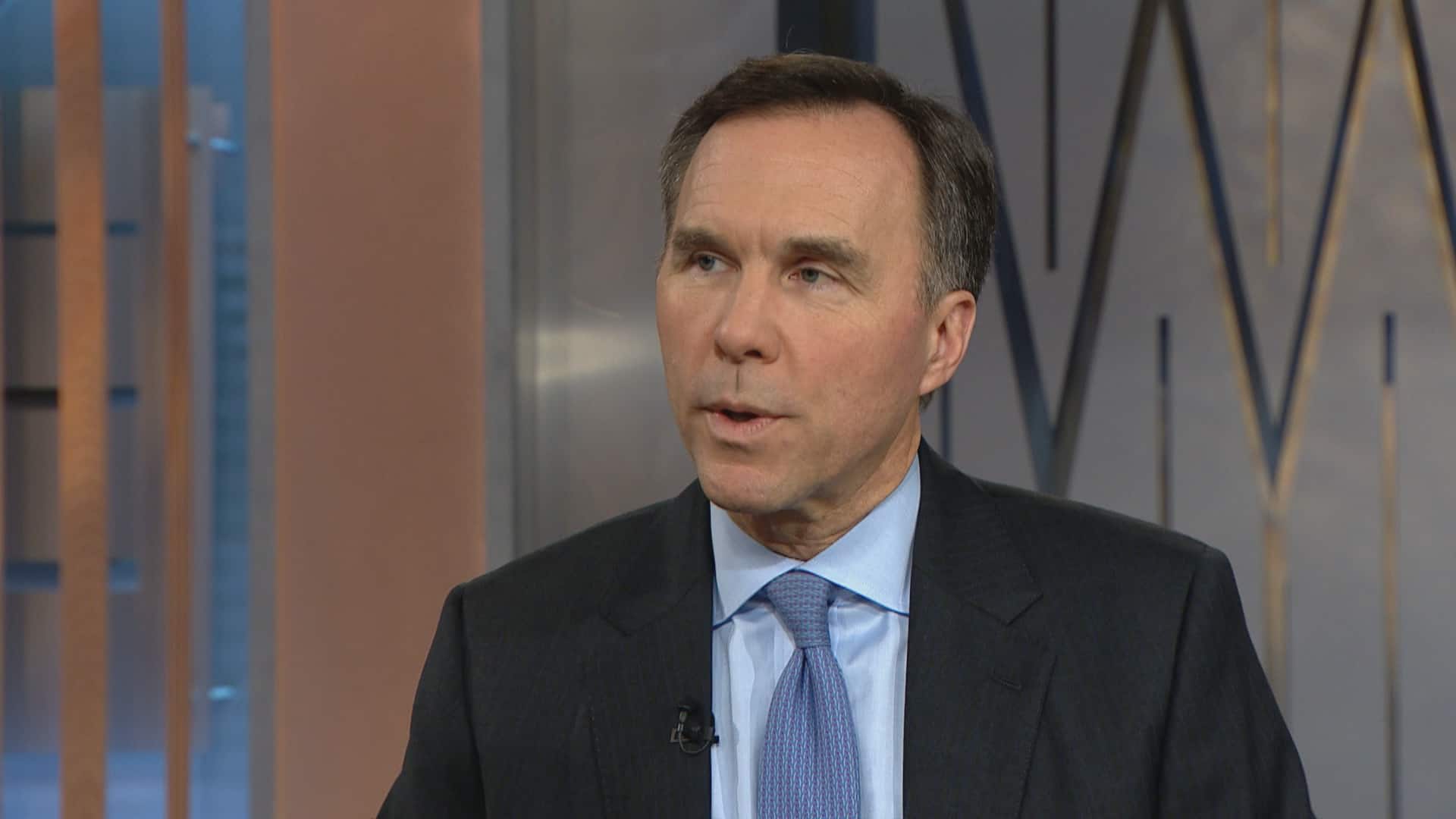 1 year agoVideo
3:12
Finance Minister Bill Morneau tells Power & Politics that he is not worried about a potential recession, despite troubling indicators. 3:12

"We have to be balanced as we look at these things," Morneau said. "The week before we saw very, very good investment numbers. Just in the last few days we've seen very good employment numbers in the United States."

"We're seeing that we're at or near some of the lowest levels of unemployment we've seen in a very, very long time and we're responding by continuing to invest, but to invest at the right level," Morneau said.

"No not investing at a pace that we don't think is sustainable, like's happening in the United States, but at a pace that makes sense and allows us the resiliency to deal with economic challenges that we might face."