The Opposition Conservatives continued Wednesday to push Prime Minister Justin Trudeau to apologize — or make his finance minister apologize — for what the Tories say was an insult directed at the party's deputy leader.

'All members in this House should treat each other with respect at all times,' Trudeau tells House

The Opposition Conservatives continued Wednesday to push Prime Minister Justin Trudeau to apologize — or make his finance minister apologize — for what the Tories say was an insult directed at the party's deputy leader.

Conservative Leader Andrew Scheer laid into the prime minister during question period, alleging that Finance Minister Bill Morneau made "insulting and sexist" remarks to Conservative Deputy Leader Lisa Raitt during an confrontational exchange between the two in the House finance committee Monday.

"Let's talk about treating women with respect," Scheer said in the House Wednesday. "On March 26, in response to the deputy leader of the Conservative Party, the minister of finance referred to her, and I quote, as a 'neanderthal'.

"Our deputy leader pointed out [Morneau's] own personal hypocrisy supporting women and the finance minister answered by calling her a neanderthal. Will the prime minister do the right thing and order his finance minister to apologize?"

Trudeau sidestepped the incident in his response. "Of course I am happy to say that I think that all members in this House should treat each other with respect at all times," he said, before launching into a scripted defence of the recent federal budget.

"The prime minister can do more than just hope people talk to each other with respect," Scheer responded. "He can order his finance minister to apologize for his insulting and sexist remarks."

Scheer's demand stems from a tense exchange during Morneau's appearance before the House finance committee earlier this week. During that meeting, Raitt accused the finance minister of employing "a cynical political gesture" by selling his recent budget as a feminist policy document to win women's votes.

"Aren't you just buying votes, minister?" Raitt asked. "Isn't this what this whole budget is about? It's a cynical political gesture, that you are saying these words because you do not, at all, emulate, or try to foster any of the things that you talk about in your budget either in your past corporate life, in your own department or even in your own ministerial staff." 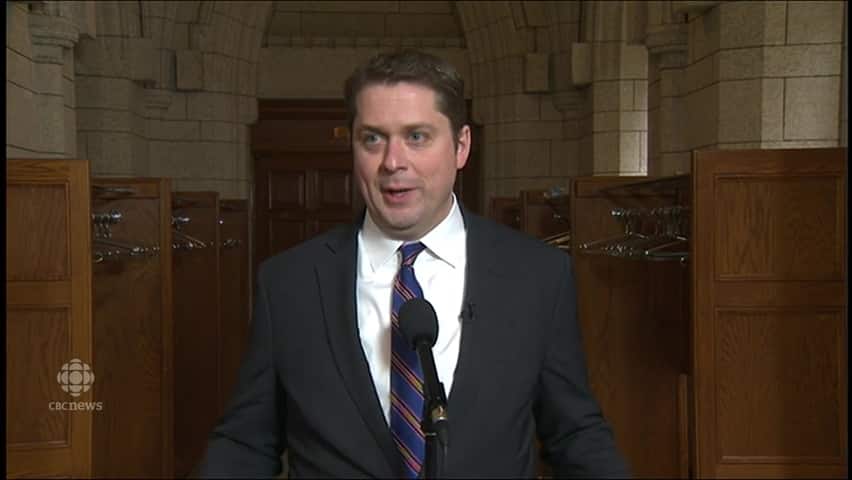 3 years agoVideo
2:02
Opposition leader Andrew Scheer demands the Prime Minister make his Finance Minister apologize for comments he made at the Finance Committee 2:02

​"I actually find your line of questioning to be offensive," Morneau told the committee in response. "What I can tell you is how I have comported myself in my life to date.

"What we're trying to achieve, is about trying to get the greatest amount of success possible and I absolutely believe that doing that by promoting women into positions of leadership is one of the key success factors.

"We'll continue to do this. If people like you don't buy into it, that's a problem that we'll have to face. But my view is that we will be more successful collectively if we're actually able to successfully promote women into leadership roles.

"We will drag along the neanderthals who do not agree with that, and that will be our continuing approach." 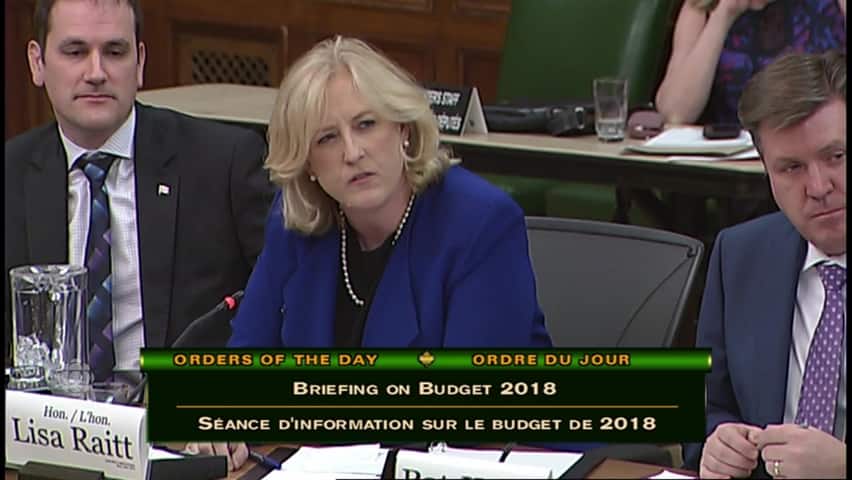 'I am not a neanderthal': Raitt and Morneau clash at committee 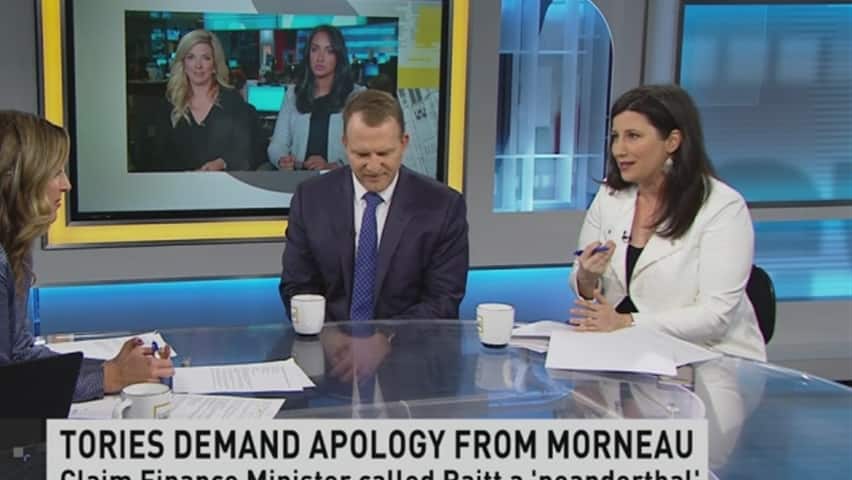 Ever since the exchange, Conservative MPs have alleged that Morneau's use of the word 'neanderthal' was directed at Raitt personally — a claim his office denies.

"As the minister said, these smear tactics are offensive," Chloé Luciani-Girouard, Morneau's press secretary, said in an email to CBC. "The exchange was clearly not meant to single out one Member of Parliament, but rather to illustrate how backwards the entire Conservative Party‎ has been on promoting gender equality.

"What's worse, while finance committee members are having fun with words, Andrew Scheer in a recent interview with the Journal de Montréal refused to commit to appointing a gender balanced cabinet if ever elected."

The Conservatives have responded by using social media to suggest the Liberals are #FakeFeminists.