Finance Minister Bill Morneau outlined his plans today to move ahead with tax cuts for what the government calls "middle class" workers, while at the same time hiking taxes on the "top one per cent." 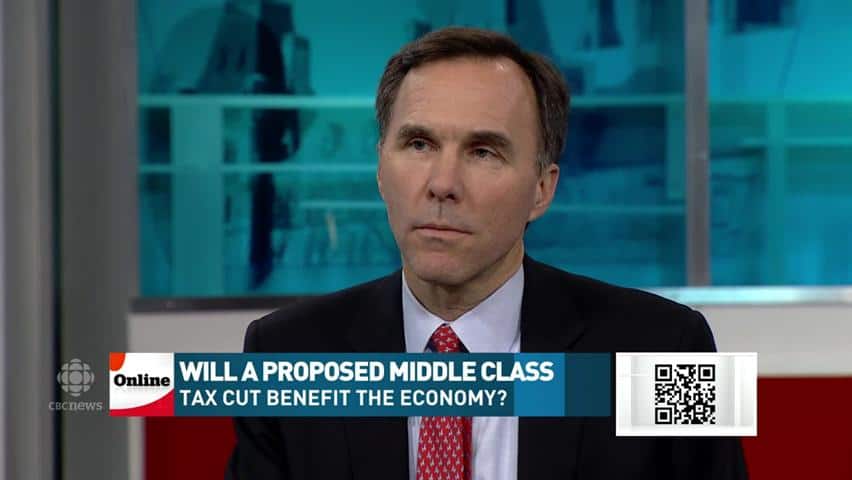 Morneau: Middle-class tax cut will not be revenue neutral

5 years agoVideo
9:46
Finance Minister is pushing ahead with his "middle class" tax cut, and hiking taxes on the wealthiest one per cent of Canadians. 9:46

Finance Minister Bill Morneau is moving ahead with his government's plans to cut taxes for what it calls "middle class" workers, while at the same time hiking taxes on the "top one per cent."

Morneau spoke to reporters in Ottawa to outline his plans to move on the tax changes coming this week and in next year's budget.

The Liberals campaigned hard on a promise to lower the second income-tax bracket — which in 2016 will cover earnings between $45,282 and $90,563. Right now the rate for income in that range stands at 22 per cent; the Liberals intend to move it to 20.5 per cent.

For individuals at the top of the income bracket, the tax cut will save them $680 a year starting in 2016.

The forgone revenues from that are expected to be partially off-set by a corresponding tax hike on those making more than $200,000 a year. 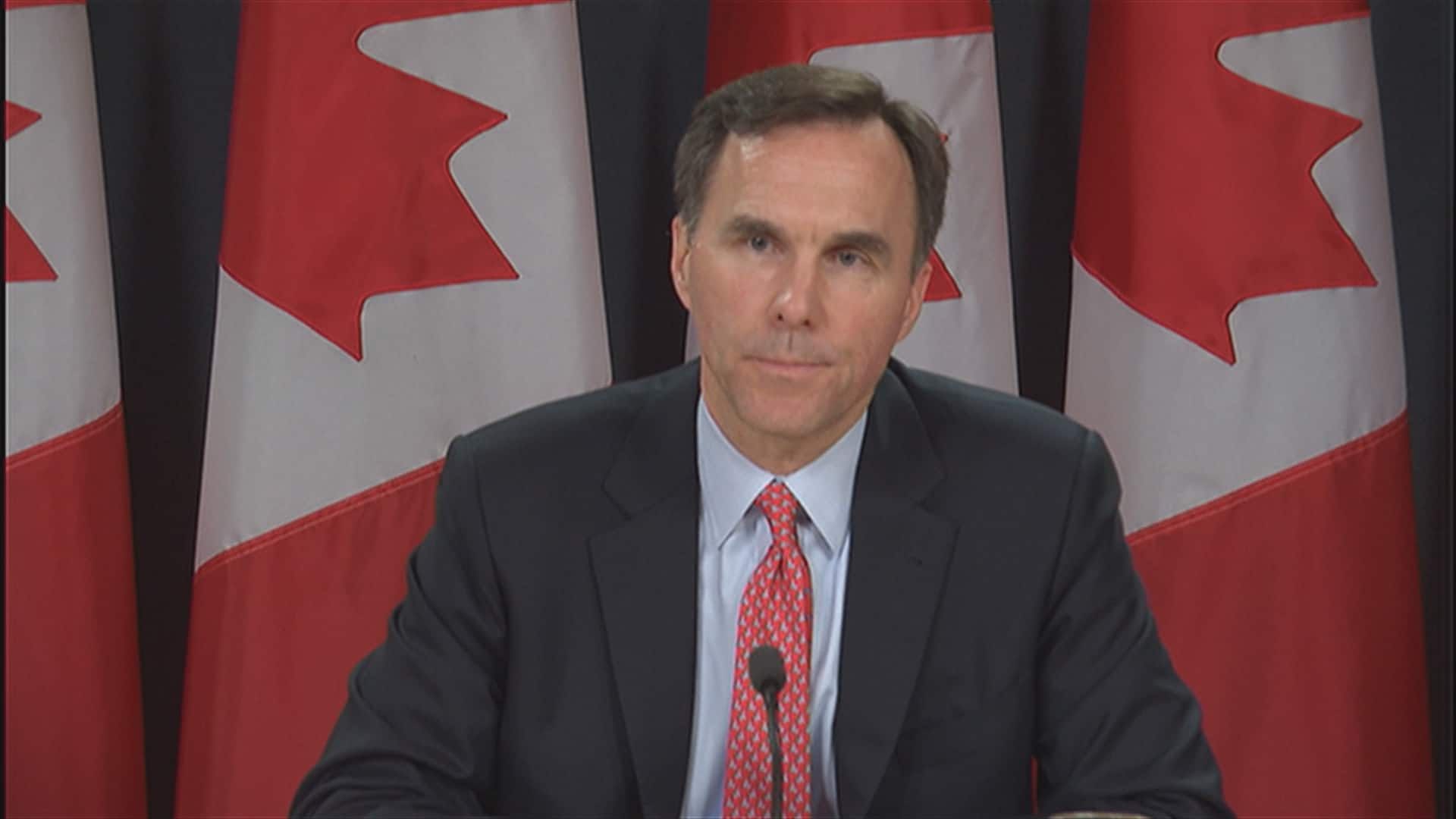 5 years agoVideo
2:54
Government plans to cut taxes for middle-class workers, while hiking taxes on the top one per cent 2:54

During the election campaign, the Liberals said the tax hike would generate $2.8 billion in new revenue for the government, the same amount the tax cut was forecast to reduce government coffers.

However, Morneau acknowledged the view from his seat in government has changed the outlook.

"We're facing a level of economic growth that is lower than we expected in the course of the campaign," he told reporters in Ottawa on Monday.

Updated financial figures and forecasts have had an impact on the estimated costing of the measures. The tax cut is now expected to lower government revenue by more than $3.4 billion and the tax hike on the "one per cent," will bring in $2 billion.

Both the C.D. Howe Institute and the Canadian Council of Chief Executives have said tax hikes on high-income earners tend to be less effective than thought because people in those positions often find ways to avoid taxes.

Morneau also announced on Monday the start date for the promised tax-free monthly Canada Child Benefit, the program the Liberals promised to introduce to replace a suite of measures and payments families with young children now receive — including the Universal Child Care Benefit.

Morneau said the new payments will start July 1, 2016. During the campaign, the Liberals estimated the new program would cost $1.8 billion more than the current system. On Monday, Morneau acknowledged this estimate may change as well.

Morneau added that the annual contribution limit for tax-free savings accounts would fall back to $5,500 for 2016, but would then be indexed to inflation. But he said the limit for 2015, set at $10,000 in the Conservatives' final budget, would not change.

He said more details on the Canada Child Benefit, as well as the elimination of the Conservatives' income-splitting for families tax credit and the TFSA changes, will be revealed in the new year.