Any effort to immediately balance the federal budget might push the Canadian economy into a recession, Finance Minister Bill Morneau tells a House finance committee today while defending the Liberal government's deficits.

Any effort to immediately balance the federal budget might push the Canadian economy into a recession, Finance Minister Bill Morneau told a House finance committee today.

"To members of the opposition who have been less than fully supportive of our plan, I invite you to consider the alternative," Morneau told MPs while testifying before the committee in Ottawa.

"The other parties who committed during the last election campaign to a balanced budget at any cost approach would be making cuts of tens of billions of dollars at precisely the wrong time. This would have led to massive job losses in a time of already high unemployment. This would have led to program cuts at a time when regions and population segments needs those programs most.

"To be frank, this likely would have led us into another recession."

On Monday, the Finance Department projected a possible deficit of more than $18 billion in 2016-17.

While the Liberals committed during last year's campaign to running deficits of no more than $10 billion, the federal government now argues that low oil prices and weak economic growth will necessitate a larger shortfall.

The government's $18-billion projection does not include the vast majority of Liberal spending promises, raising the possibility that the first federal budget for the new Liberal government will have a deficit of as much as $30 billion.

The Liberals have also moved away from committing to a return to balance by 2019.

Would balancing a budget put Canada in recession?

In question period, Conservative finance critic Lisa Raitt questioned the minister's supposition. "I have to ask the minister of finance this. Was he really serious when he said that running a balanced budget is going to put us in a recession?" she asked.

"Mr. Speaker, I was deadly serious," Morneau responded. "What the people on the other side of the House said, they said that what they wanted to do was balance the budget, at all costs, immediately. What that would mean is that we would have, right now, is tens of billions of dollars of cuts. Cuts that would increase our unemployment rate, that would reduce our ability to be flexible, that would certainly put us into a very difficult situation."

Asked by reporters after question period about Morneau's suggestion of a recession if the budget was balanced, NDP Leader Tom Mulcair said in French that the finance minister was talking through his hat. 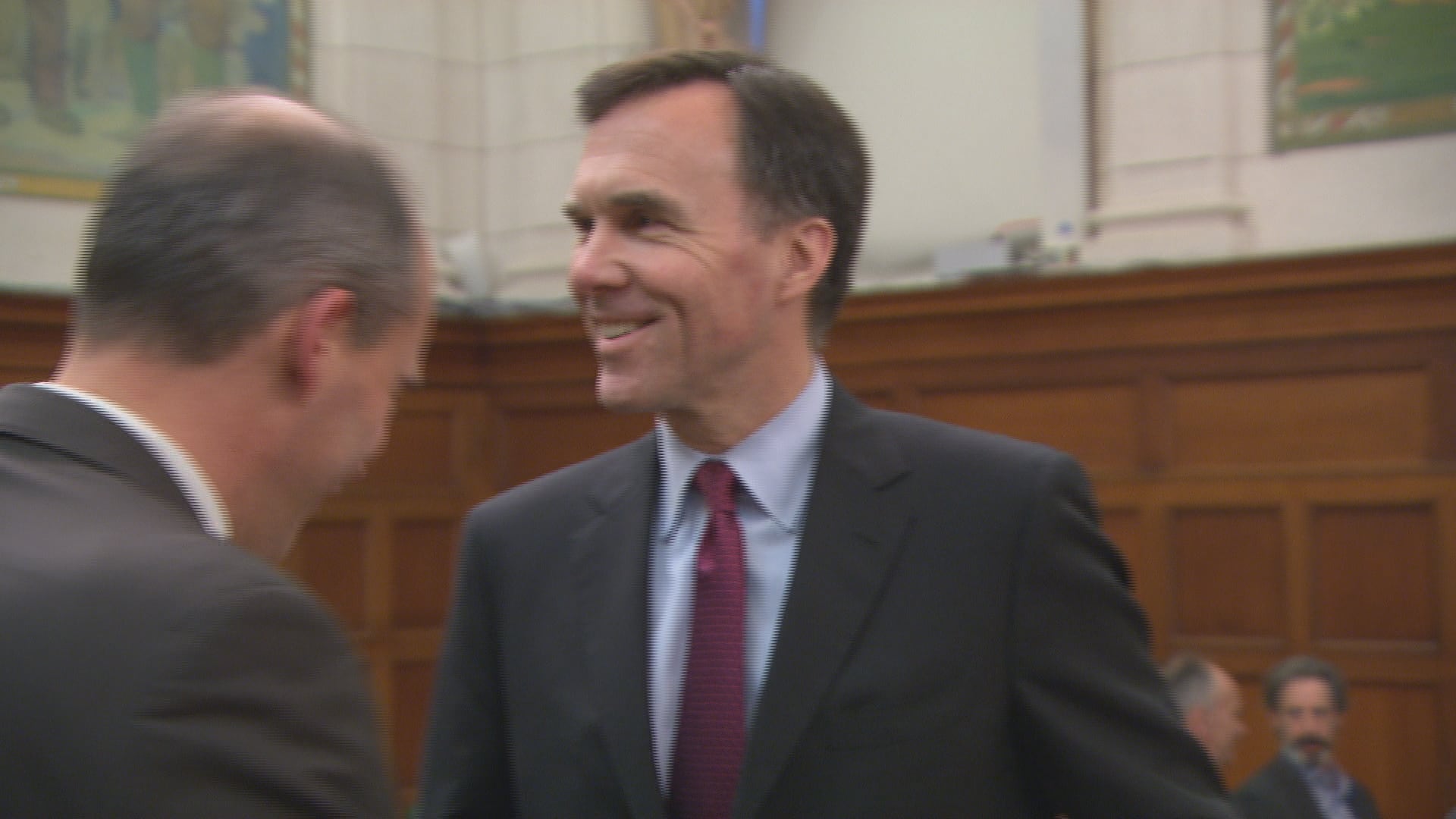 5 years ago
1:59
After announcing a possible deficit of more than $18 billion in 2016-17, Bill Morneau defended his plans to go ahead with planned spending on top of that. 1:59

The case for investing

Testifying at committee, Morneau reiterated his government's argument for "investment," arguing that low economic growth is a reason for the federal government to intervene, while the country's relatively low debt-to-GDP ratio provides the government the "fiscal flexibility" to do so. Funding for areas like infrastructure and affordable housing, he argued, would both improve the current situation for Canadians and foster future growth.

Under questioning by Raitt, Morneau insisted the Liberal government did not inherit a surplus from the previous Conservative government. The finance minister also said that the government is "committed to balancing the budget." But he added that his "first priority is to make investments in Canadians and in Canada."

Morneau defended the government setting aside $6 billion as a "prudent" contingency in light of a volatile economic situation. When asked whether the Liberals might defer some of their campaign promises in light of the deficit situation, Morneau said the government was committed to making investments to grow the economy, help and grow the middle class, and assist the most vulnerable.

"And neither of those alternatives are alternatives that we think make sense," he said. "In the case of Alberta or Newfoundland and Labrador, as an example, the idea of raising taxes in either of those two places or, in fact, significantly cutting spending in those two places would not make any sense in the face of what those families are feeling right now in [those places]. We don't believe that the outcome would be any less than likely recession for our country if we were to take that approach at this time." 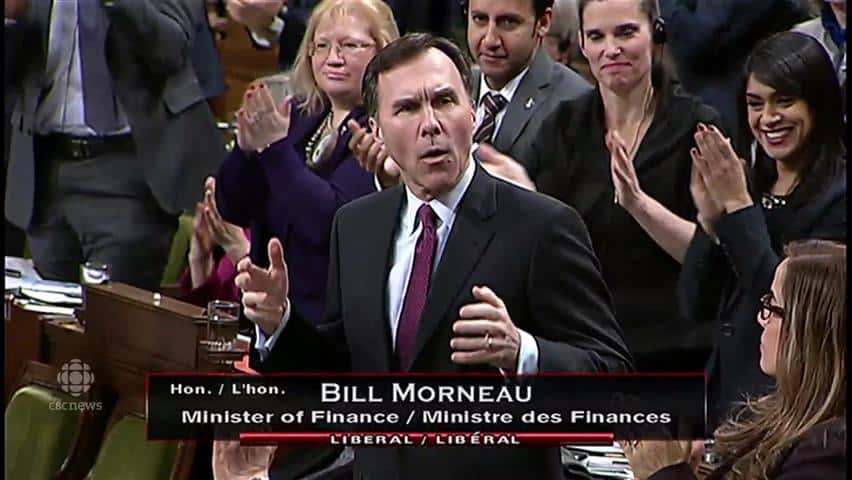 5 years ago
3:38
Finance Minister Bill Morneau defends the Liberals plans to go into a deficit. 3:38

Shortly before Morneau's appearance, the government confirmed that it will provide Alberta with approximately $250 million as part of the federal stabilization program, a fund that can be drawn from if a province experiences a year-over-year decline of more than five per cent in non-resource revenue.

In an interview with CBC News, former parliamentary budget officer Kevin Page said he was surprised by the size of the change in the government's projections, from a $3-billion deficit to an $18-billion deficit.

Page also pointed out the government's decision to account for a weaker economy than what private sector economists had projected for the government.

"If they stuck to the average private sector forecast, I think we'd be looking at a deficit probably closer to $11 or $12 billion for 2016," Page said. "So in that sense they've given themselves $6, $7 billion worth of wiggle room."

Page says the government should have provided more detail to explain its projection.

"I think these big movements in numbers, with the lack of information and analysis, from a government that said they were going to be more transparent, more analytical, you do get concerned," he said. 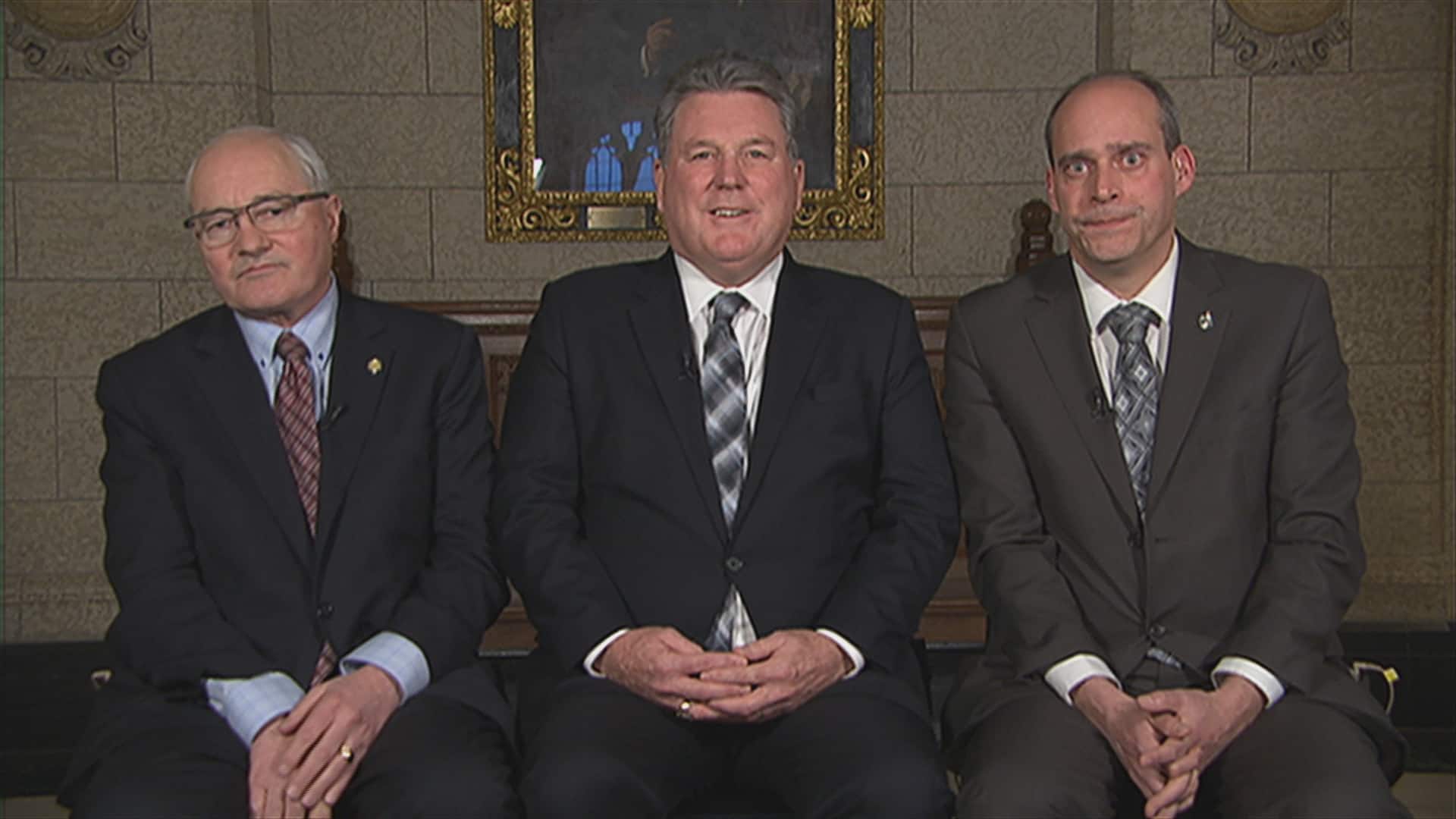