Applications opened today for a program that will deliver bridge loans to big Canadian businesses struggling to keep employees on the payroll through the pandemic.

Applications opened today for a program that will deliver bridge loans with no upper limit for big Canadian businesses struggling to keep employees on the payroll through the pandemic.

To qualify, businesses must be looking for financing of $60 million or more and have significant operations or large numbers of employees in Canada, and must not be involved in any ongoing insolvency proceedings.

Morneau said Wednesday there is no upper cap on the loans, which will be based on the cash flow needs of companies for the next 12 months. Each applicant will be assessed on a case-by-case basis.

"We want to make sure employers get the support they need to get through to better times so that Canadian jobs are protected," he said during a news conference in Toronto.

Watch: Morneau explains the details of the LEEF plan to help large corporations: 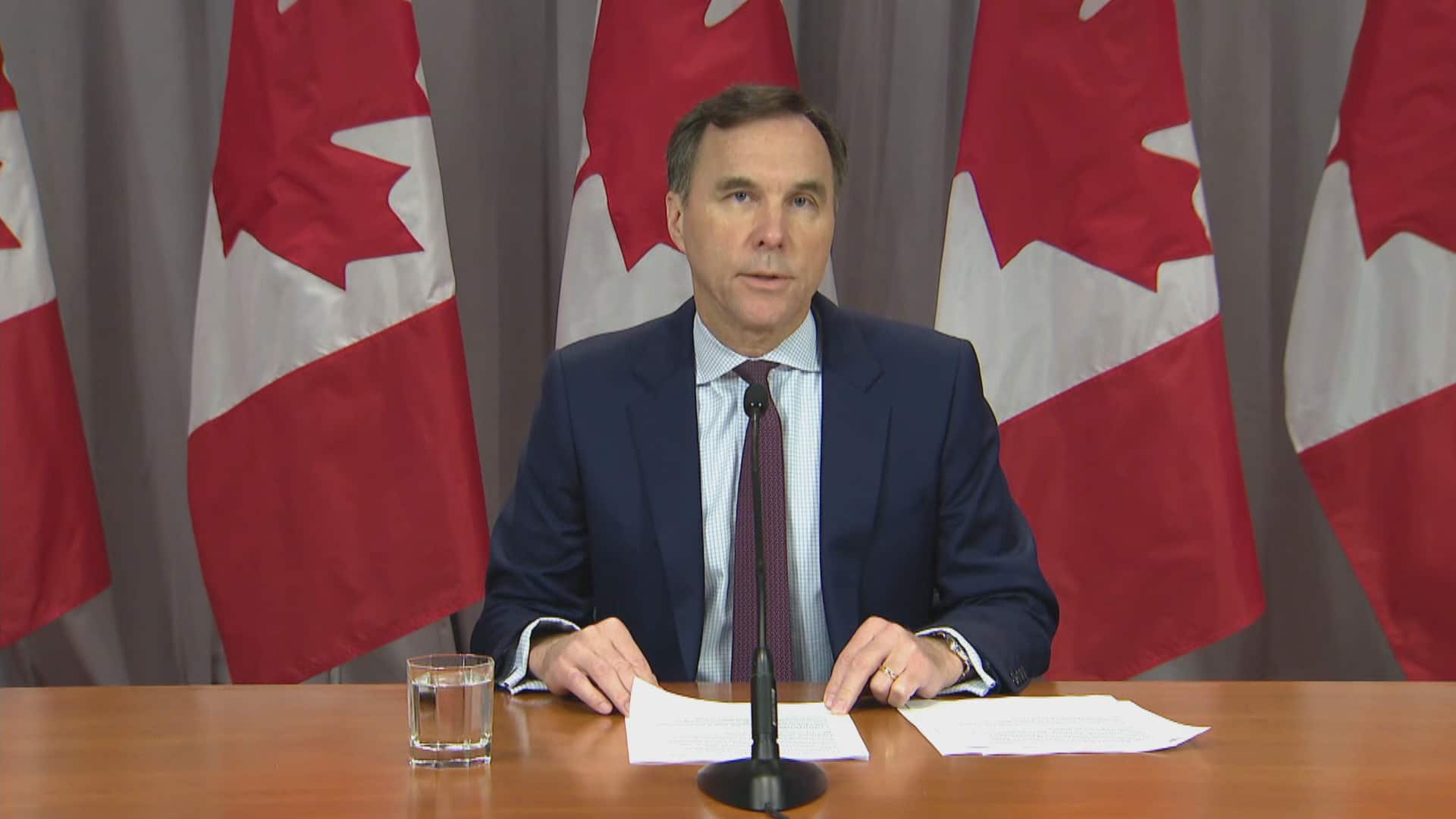 The large employer emergency financing facility (LEEFF) will provide support to employers with annual revenues of more than $300 million whose credit needs aren't being met through conventional financing. The program is open to large commercial businesses in all sectors (except those in the financial sector) and certain not-for-profit businesses such as airports.

The program comes with conditions attached — including a requirement that companies receiving the loans disclose their environmental plans.

Morneau stressed the program is not a "bailout" and said the program has built-in safeguards for taxpayers — including a requirement that large companies that borrow money give the government the option of taking an ownership stake or provide a cash equivalent of 15 per cent of the principal amount.

Background documents say that is to allow taxpayers to "share in the upside of the borrower's recovery."

No portion of the loan is forgivable.

Applicant companies must disclose their climate action plans and sustainability goals in order to qualify. They must meet other conditions as well — including not paying their executives "excessive" salaries.

Companies that have been found guilty of tax evasion are disqualified from the program.

Conservative industry critic Michelle Rempel Garner called it "very odd" that the big business loan applicants are directly screened by the federal industry department instead of being managed by arm's length organizations.

"It raises serious concerns for me as a western MP who has often felt that this government does not have my province's interests at heart," she said in a statement.

"And if the process is politicized, we may never know about it as the application process requires companies to sign a non-disclosure agreement. It is all very odd."

Prime Minister Justin Trudeau announced the program May 11. He said the program is meant to serve as bridge financing, not a "bailout."

Today he insisted again that the government is stepping in only as a "lender of last resort."

"Large businesses, unlike the small businesses that we've been very generous with the Canada emergency business account ... have much greater access to credit on the international credit markets, through the big banks. And that's why we are encouraging them to make available the credit facilities that they have right now," he said during his daily news conference. 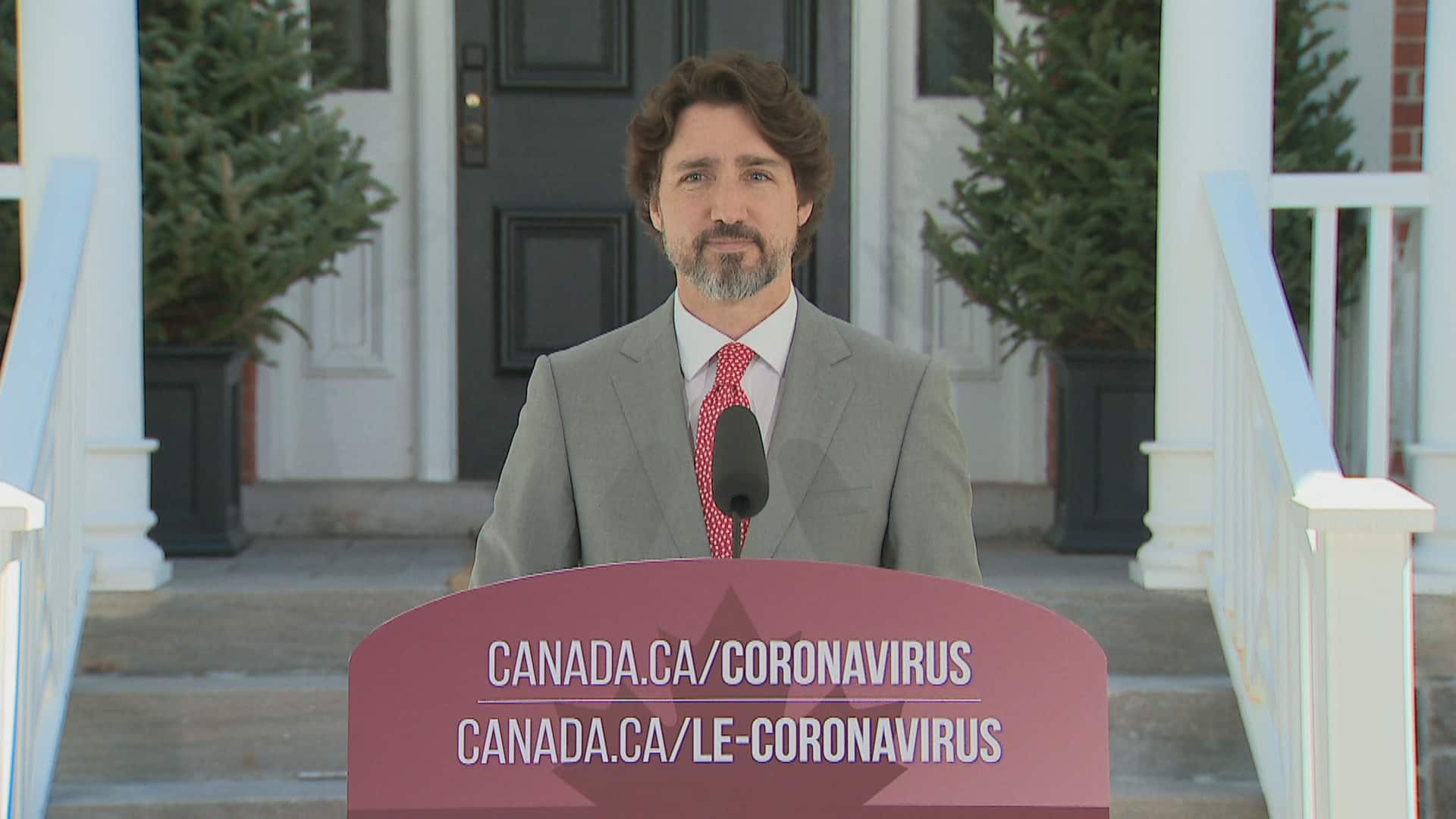 "If they're in a situation where they cannot access that credit, they can turn to the government for funds through the LEEFF program, but they are loans that come with conditions around governance, around paying proper share taxes, around a plan for climate change. These are the kinds of things that we expect as Canadians when our taxpayer dollars go towards supporting businesses."

Conservative Leader Andrew Scheer has said the program falls short of what's needed to support Canada's hard-hit oil and gas sector, and called for a specific package for that industry.

Today's announcement comes a day after the government expanded eligibility for government-backed loans of up to $40,000 for small businesses.

Last week, the government extended the wage subsidy program to the end of August. Under that program, employers are covered for up to 75 per cent of wages, or the equivalent of up to $847 a week per employee.