MMIW inquiry: 'This is not an indigenous problem, this is a Canadian problem'

There is not much all-party agreement in Canadian politics these days, but the reaction to the proposed inquiry into murdered and missing indigenous women was the exception, Chris Hall writes. Now it is getting the country to buy in.

Not much in politics produces agreement anymore. The reaction to the national inquiry into murdered and missing indigenous women was an exception.

What had become a divisive issue under the previous Conservative government is now one of unanimity on Parliament Hill.

Both opposition party leaders expressed support. The new prime minister identified the inquiry as one of a handful of priorities in re-establishing what he called his government's "most important relationship."

"Those touched by this tragedy have waited long enough. The victims deserve justice, their families an opportunity to heal," Justin Trudeau told the Assembly of First Nations at a conference this week in Gatineau, Que.

It was an acknowledgement that the way forward begins with understanding where you are, and how you got here.

In Canada, the hundreds of missing and murdered indigenous women had been reduced to a set of statistics. The victims' families felt, with some justification, that their lives were deemed of lesser value.

They wanted police — as the inquiry into serial killer Robert Pickton recommended in 2012 — to make "prevention of violence against aboriginal women a genuine priority."

One of the cabinet ministers with the task of making that happen, and consulting victims' families before drafting the mandate of the inquiry is Patty Hajdu.

She's new to politics. But the status of women minister is no stranger to the deeper root causes behind this issue.

Hajdu spent years running the largest homeless shelter in Thunder Bay, Ont., where indigenous people made up 80 per cent of the clientele.

Indigenous women, she says, were absolutely the most vulnerable.

"If you want to see the effects of colonization, come visit a homeless shelter," Hajdu says in an interview aired Thursday on the podcast edition of CBC Radio's The House.

"The effects of residential schools, displacement, policies that contribute to the economic and social suffering by First Nations communities, communities that don't have equitable service or education — they're victims of our history of colonization."

Hajdu's experience before entering politics underscores the complexity of the issues the inquiry will need to address.

Its mandate will, of course, be about understanding why indigenous women and girls are six times more likely to be homicide victims than other women, according to Statistics Canada.

A 2014 report by the RCMP found that 1,181 aboriginal women were killed or disappeared between 1980 and 2012. An update this year identified another 32 homicides of indigenous women in RCMP jurisdictions since then.

The inquiry will, obviously, need to come up with recommendations on how to stop the violence. And it must give the families of the hundreds of women who've died or gone missing a sense that justice, finally, is being served.

But its mandate, by necessity, must extend beyond crime.

The underlying issues that make these women and girls more vulnerable arise from social inequality and what Hajdu calls "systemic racism and oppression that is so significant that they have a very hard time accessing the services they need in a timely way, even when it's urgent and extreme."

That message is already getting through.

This week AFN leaders told RCMP Commissioner Bob Paulson that he needs to confront racism in his force, a challenge Paulson bluntly acknowledged.

New Democrat MP Niki Ashton says the inquiry is an important first step for families who want answers. But it's only a first step.

"It's not just about building a website or building awareness, We have to get at the root causes of the violence.. and identify what women need in their communities to be safe. The federal government has to be part of that solution."

Ashton's riding of Churchill-Keewatinook Aski has the second highest aboriginal population in the country, and the lowest median income.

She says indigenous people have seen other inquiries and royal commissions struck to recommend action on issues facing indigenous people, and watched the governments of the day do little in response.

"This is not an indigenous problem. This is a Canadian problem," she says. "We need to recognize that Canadian society devalues the lives of indigenous women, it will take all of us to restore that value."

Hajdu understands the skepticism. She understands that questions are already being raised as to why, this time, the response to this inquiry will be different from the ones that came before.

"I would say the difference is the commitment our prime minister is making, nation to nations, to people directly. I think when you have leadership committed to acting, it's much easier for the parts to follow."

Trudeau has already signalled that the government will lift the two per cent cap on funding for First Nations programs that was imposed 20 years ago by another Liberal government. 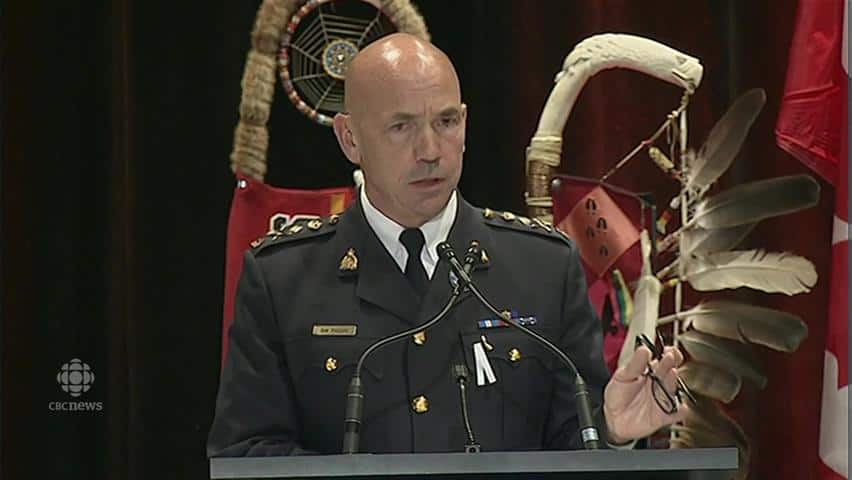 RCMP Commissioner Paulson: There are racists in my police force

He also pledged this week to make "significant investments in First Nations education," but didn't repeat the party's campaign pledge to invest an additional $300 million a year over four years.

Even so, delegates at the AFN remain confident that these first steps are heading in the right direction, and that non-indigenous Canadians are ready to walk with them.

"I don't think we need to convince them," she said in the interview on The House. "The response from non-indigenous Canadians is that this is a national tragedy.

"Largely, people want this to end, and they understand that these women are people's sisters and cousins and daughters. It doesn't take much for people to have empathy when you can tell a story that resonates with everyone. Everyone is somebody's kid, right?"