Prime Minister Justin Trudeau says Canada is due to receive a shipment of "millions of masks" in the coming days, as a major medical device manufacturer remains under continued pressure from the United States to cease its exports of similar protective equipment.

'We are not looking at retaliatory measures or measures that are punitive,' Trudeau said

Prime Minister Justin Trudeau says Canada is due to receive a shipment of "millions of masks" in the coming days, as a major medical device manufacturer remains under continued pressure from the United States to cease its exports of similar protective equipment.

"We're working around the clock to get Canada the resources we need," Trudeau said during his daily address to Canadians Saturday. "In the next 48 hours, we will be receiving a shipment of millions of masks by a chartered cargo flight. We are also working with provinces to transport their medical supplies when possible."

A spokesperson for Procurement Minister Anita Anand confirmed to CBC News that the plane would be travelling from China bearing millions of surgical masks, as well as other supplies intended for Quebec-based companies.

The news comes as Minnesota-based company 3M revealed Friday that because of the Trump administration's invocation of the Defence Production Act — which allows the president to boost industrial production of critically needed goods — the manufacturer is under orders not to send U.S.-made N95 masks to other countries, including Canada.

In a statement, 3M said that halting such exports could adversely affect America's own supply if other countries choose to retaliate, prompting President Donald Trump to reveal that his administration was "not at all happy" with the company.

Trudeau addressed the dispute during his Friday briefing, stating that failing to send supplies destined for Canada "could end up hurting Americans as much as it hurts anybody else."

But the prime minister said Saturday that he wasn't seeking retaliatory measures against the U.S. — such as blocking Canadian nurses from Windsor, Ont., from travelling across the American border to work in Detroit.

"We are not looking at retaliatory measures or measures that are punitive. We know that it is in both of our interests to continue to work collaboratively and co-operatively," Trudeau said.

He added that his government is "continuing to engage in constructive discussions with different levels within the [Trump] administration" to preserve the flow of goods and services across U.S.-Canada border. 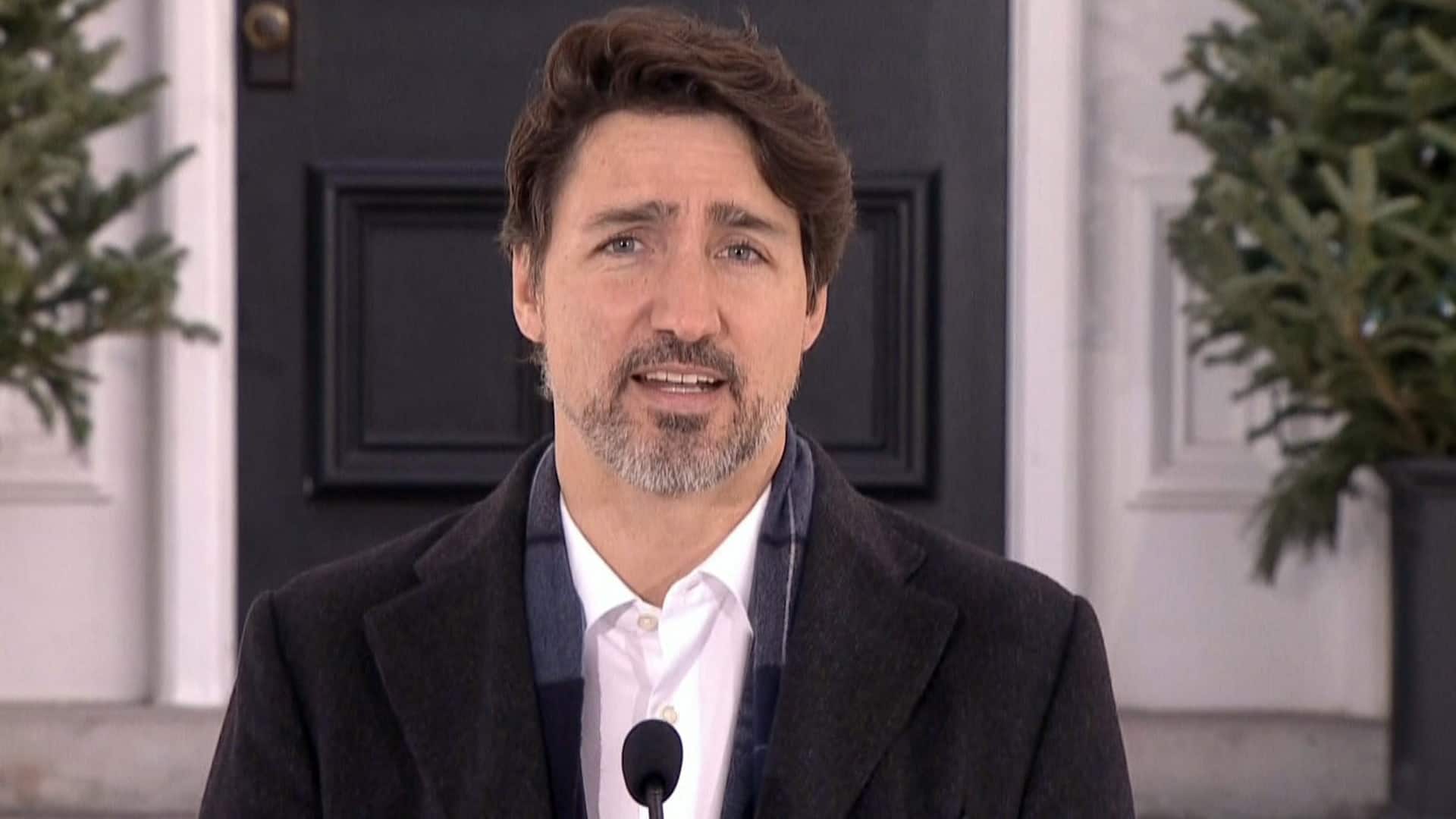 'We are not looking at retaliatory measures,' Trudeau says

11 months agoVideo
0:21
Prime Minister Justin Trudeau said Saturday that he was not seeking punitive measures against the U.S. after the White House said it would stop exporting face masks outside the country. 0:21

Only surgical masks — rather than the N95 masks at the centre of the 3M dispute — will be on board the plane from China, Anand's office said.

The federal government said earlier this week it had already ordered 65 million N95 masks, which provide a higher degree of protection against COVID-19 than the ones coming from China.

The prime minister said that the federal government has now "leased a warehouse in China" to collect and distribute supplies more efficiently.

"We are also turning towards Canadian manufacturers [given] the tremendous effort that Canadian companies are putting in to develop made-in-Canada products, PPE and medical supplies," Trudeau said, mentioning that those supplies could also be sent to other countries who need them.

"I can't stand relying on other countries or other leaders when we have the capabilities right here in Ontario," he said. "We just need to get these approvals going."

Ford added that Canada's dispute with the U.S. over the export restrictions had soured his view of a country he greatly admires.

"It shouldn't come down to this. We have a thousand nurses leaving Ontario that we're in desperate need [of] going to help Americans."

Concerns over Canada's stock of medical goods and protective equipment come as projections of COVID-19's spread in the province of Ontario were revealed on Friday.

Provincial health experts predict the virus could take the lives of 3,000 to 15,000 Ontarians over the course of the coronavirus pandemic, which could last for 18 months to two years.

"Had we done nothing, Ontario may have suffered 100,000 deaths," said Dr. Peter Donnelly, who leads Public Health Ontario. "Thankfully, that is not the position we are in."

The projections also indicated that in Ontario, COVID-19 has a 16 per cent mortality rate for people over the age of 80 — just below global levels of around 20 per cent.

Both Alberta and Quebec are expected to release their projections next week.

Also included in Trudeau's Saturday briefing were additional details about the federal government's plan for vulnerable Canadians, including a previously-announced $40 million for women's shelters and sexual assault centres and $10 million for Indigenous women and children fleeing violence.

The prime minister said that communities set to receive the funding had been identified and will now be receiving aid.