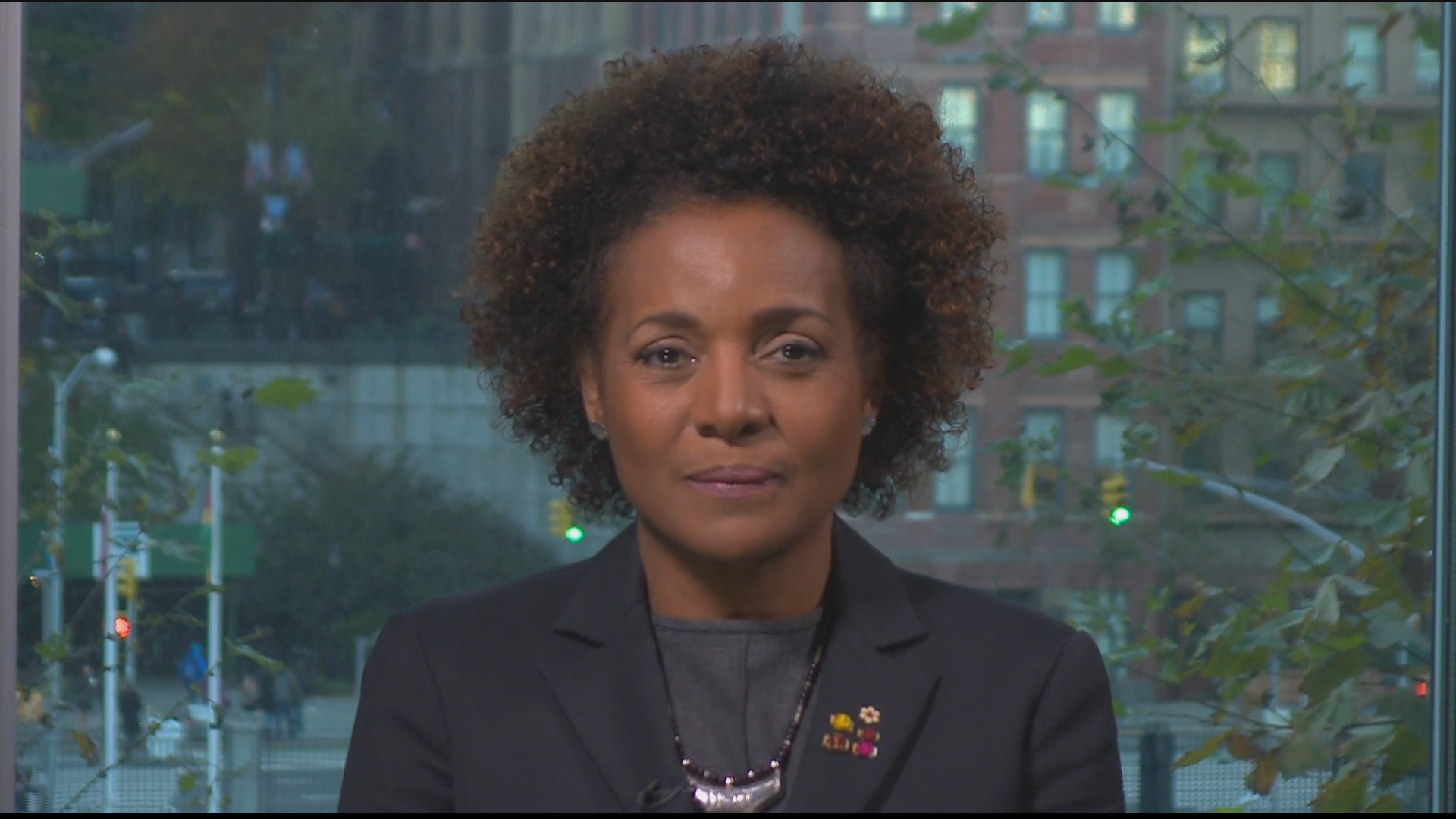 6 years ago
Duration 8:29
Michaëlle Jean says Canada has a very good reputation and a lot to bring to current peacekeeping operations

Jean is currently the Secretary General of the Organisation Internationale de la Francophonie (OIF) — an umbrella group of eighty member states and governments that share French as common language.

Earlier in the day, Jean was in New York speaking to the UN Security Council on the kinds of threats and challenges facing modern peacekeeping missions. She emphasized the need for additional French-speaking personnel and the role of the IOF in peacekeeping operations.

Currently, seven of the UN's 16 peacekeeping operations are in countries or regions where French is a major language. In a speech delivered to a UN ministerial conference in late October, Canada's minister of foreign affairs said the lack of personnel capable of speaking French is a problem, citing that francophone countries only contribute 20 per cent of UN peacekeepers currently deployed in the field.

Jean echoed this point, saying the Canadian military's capacity to speak French is an important factor.

"The capacity to actually collect information, to engage with the populations — to actually build a relationship of trust is so important," she told host Rosemary Barton.

Earlier this year, Canada committed up to 600 troops and roughly 150 police officers to peacekeeping operations. However, Canada has yet to announce where those personnel will be sent.

Some of the leading destinations are thought to be Mali, the Democratic Republic of Congo and the Central African Republic — all French-speaking countries. Canada's Minister of National Defence Harjit Sajjan is currently visiting Mali and Senegal on a fact-finding mission.

"The conversations this far have been open and honest discussions of challenges and opportunities in the region and how Canada could play a role contributing to peace and security," said Jordan Owens, Sajjan's spokesperson.

However, Owens confirmed no decision has yet been made as to where to send Canadian peacekeepers.

The UN mission in Mali began in 2013 and is now comprised of about 13,000 troops and 2,000 police. It is one of the most deadly UN operations with more than 100 peacekeepers killed since the operation began, including 32 this year.

The northern region of Mali is plagued by rampant attacks — often aimed at UN personnel - by Islamist militants.

Jean says that what is happening in Mali is not just an issue for the West African country, but also for the whole region, the continent and the world.

"What we are dealing with are criminal organizations who actually are trying to destabilize entire regions. To actually have a negative impact on solidarity among countries around the world," said Jean.

These criminal organizations are doing so in an attempt to secure territory to continue their trafficking in arms, drugs and humans, she said.

"It's really important to come all together — all organizations together and all countries together — to really answer with an appropriate strategy on the ground. To fight these situations," she added.