Federal government plans to bring in more than 1.2M immigrants in next 3 years

The Liberal government plans to bring in more than 1.2 million immigrants over the next three years, despite hurdles created by the global pandemic. 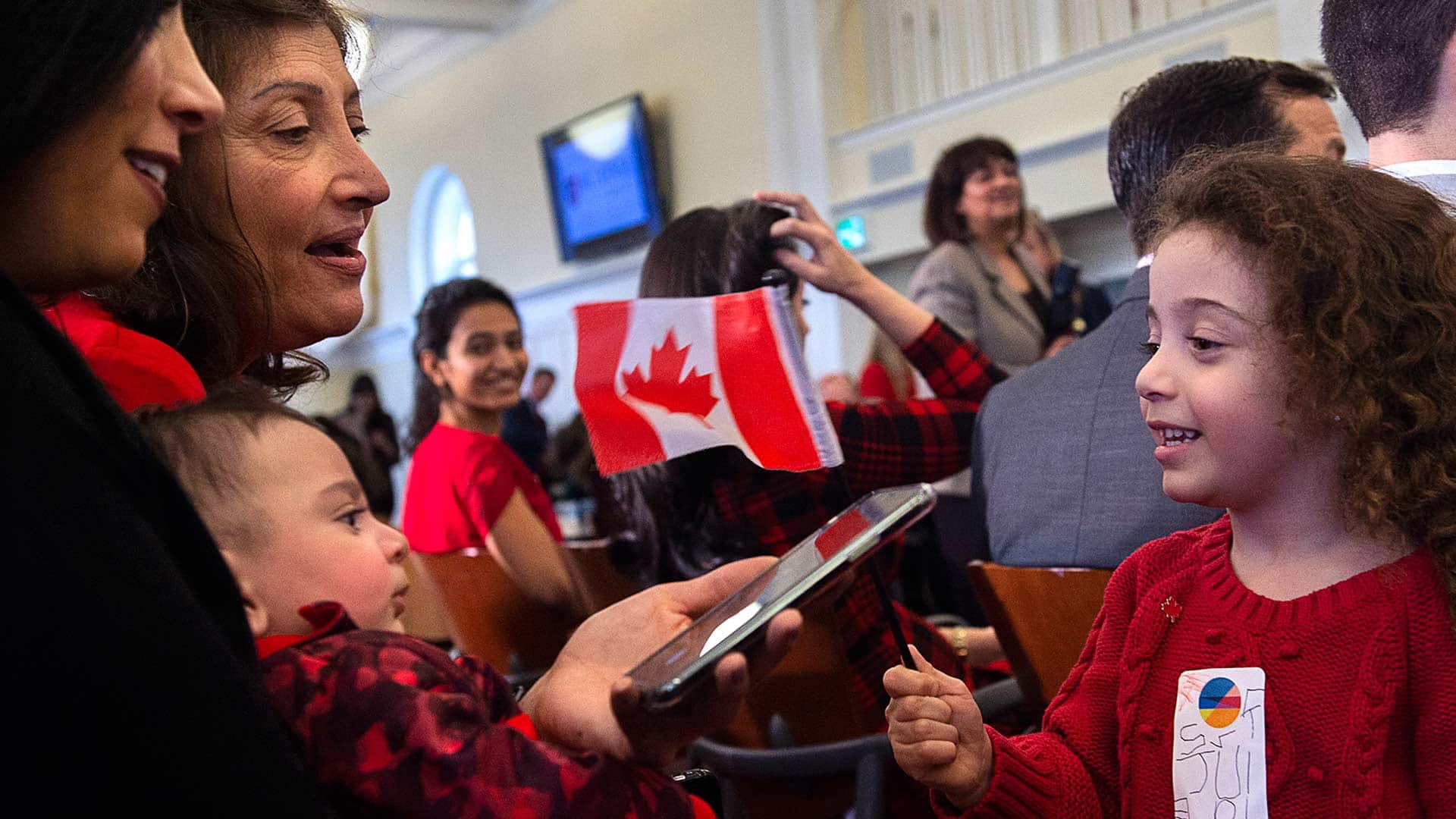 28 days agoVideo
2:01
The Liberal government has announced plans to bring 1.2 million immigrants to Canada over the next three years, saying large-scale immigration is key to keeping the economy afloat, but Conservative critics call the goal unrealistic at best. 2:01

The Liberal government plans to bring in more than 1.2 million immigrants over the next three years, despite hurdles created by the global pandemic.

The numbers — which represent an increase of about 50,000 for each year — aim to compensate for the shortfall this year due to the pandemic and represent about one per cent of Canada's population.

Last year's plan promised to bring in more than one million immigrants over a three-year period, but the COVID-19 crisis and the resulting travel restrictions have slowed down the process. Mendicino said the government remains committed to welcoming newcomers as a means to keep Canada's economy afloat.

At a news conference in Ottawa today, Mendicino said immigrants drive the population and economic growth that pays for vital programs such as health care.

"Put simply, we need more workers, and immigration is the way to get there," he said. 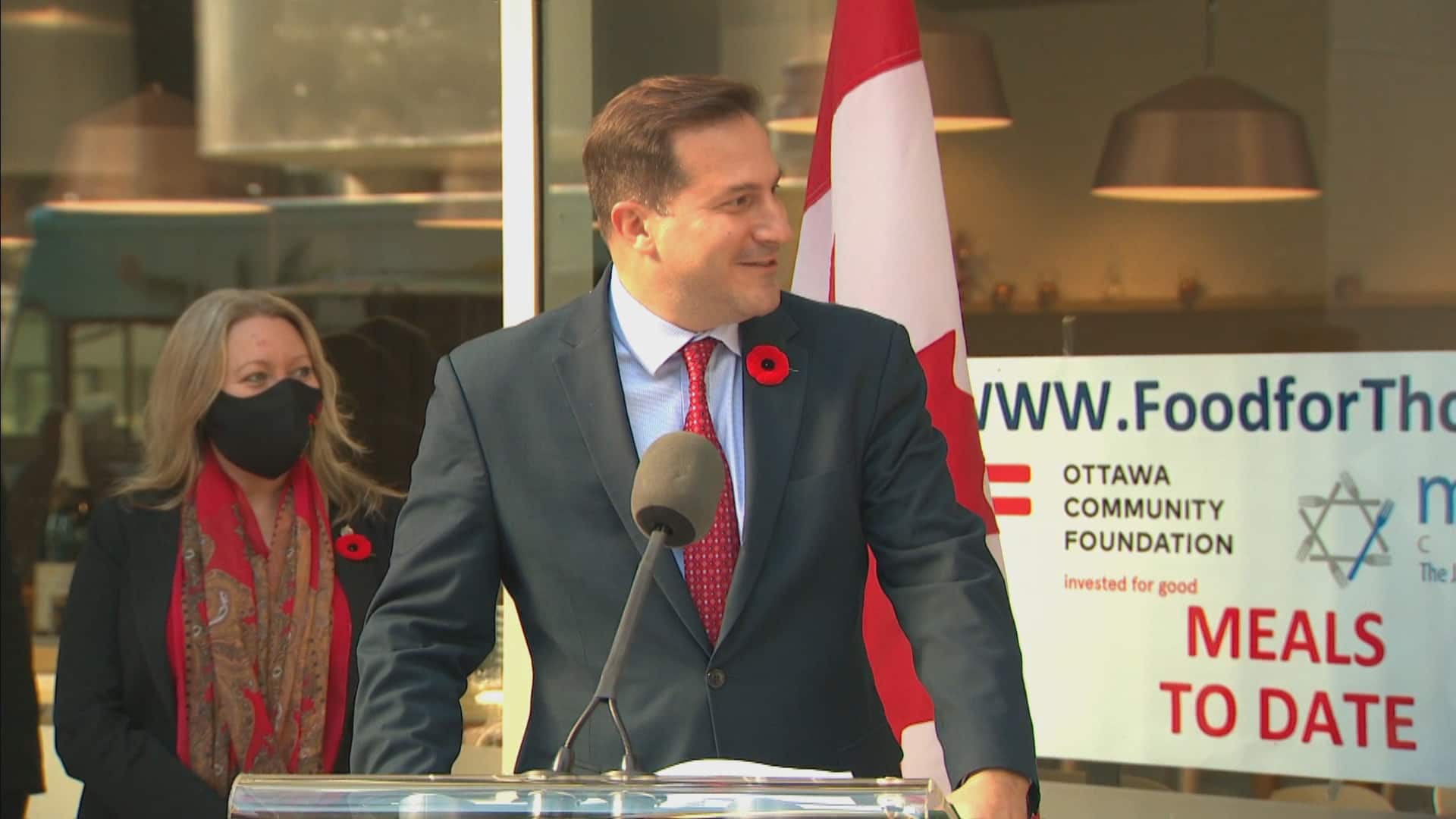 Mendicino said he's confident the government can meet the targets despite the global health crisis, by working around travel restrictions while adhering to safety measures such as mandatory quarantines.

He said the government will aim to attract workers to fill labour gaps in regions facing sector shortages.

"With nearly 60 per cent of all new admissions in the economic class, our plan will continue to focus on Canada's economic growth," he said.

The breakdown of next year's plan includes:

Traditionally, Ottawa's goal in immigration policy has been to attract top talent in a competitive global market while reuniting families and offering refuge to people displaced by disaster, conflict and persecution.

The government did not offer a precise figure on how many immigrants have arrived in Canada so far this year, but says it's on track to meet half of its 341,000 target by year's end.

Conservative immigration critic Raquel Dancho called the numbers "pure fantasy" and said the government has no plan to bring in large numbers of immigrants safely despite border restrictions and embassy and office closures around the world.

"There's just no way that's going to happen. And I was really hoping to hear an actual plan of how those issues were going to be resolved today. And there was not barely any mention of it at all," she said.

She said rapid testing for COVID-19 would be a critical step in helping bring people in during the pandemic, but the government has failed to make the necessary progress.

She said the Trudeau government must offer a concrete plan for bringing people safely into the country during a pandemic and for integrating them into Canadian society.

"The number can be whatever it's going to be, but unless they bring forward a plan for how they're going to change course and get better at processing immigration applications, it's really all for nothing."

NDP MP Jenny Kwan said the government must take steps to accelerate processing after the pandemic slowed the process and created a growing backlog of applications.

"With over half a year of applications whose processing came to a complete stop, there will be no shortage of requests to be processed next year," she said, adding that the immigration department must have a significant boost in resources to deal with the backlog.

"Without these investments, applicants are to expect significant increases in processing times for years to come, which were already long before the pandemic."

She said Canada also should give permanent residence status to people who want it and are already in the country, such as temporary foreign workers and international students with job offers.

"Canada can, in fact, take a true humanitarian approach by regularizing all those immigrants and refugees and undocumented people," she said.

Leah Nord, senior director of workforce strategies and inclusive growth for the Canadian Chamber of Commerce, said the government must focus squarely on matching economic migrants to worker shortages in various sectors and regions of the country.

Despite changes in the labour market and a major spike in the unemployment rate since the onset of the pandemic, gaps in the market remain, Nord said — and immigration will continue to play a large role in filling persistent labour shortages.

"We're in this rather strange situation where we do have higher unemployment rates than we've seen for a number of years. Before the crisis there were record low unemployment rates. Now, they're tipping towards the other end," she said.

"But we still have a situation where there are still job vacancies and jobs that need to be filled across the country. Immigration can play an important role in diversity and economic growth, but also in filling labour market gaps, for sure."

The government's Advisory Council on Economic Growth recommended that Canada boost its annual immigration levels to 450,000 by 2021 to stimulate the economy and tackle the twin labour market problems of an aging population and a low birth rate.