Former Ontario Liberal cabinet minister Madeleine Meilleur has withdrawn her application to be Canada's official languages commissioner following a barrage of criticism from opposition MPs for her ties to the Liberal Party and for meeting with the prime minister's top two staffers.

'I think this is a very sad story,' Heritage Minister Mélanie Joly says of Meilleur's decision 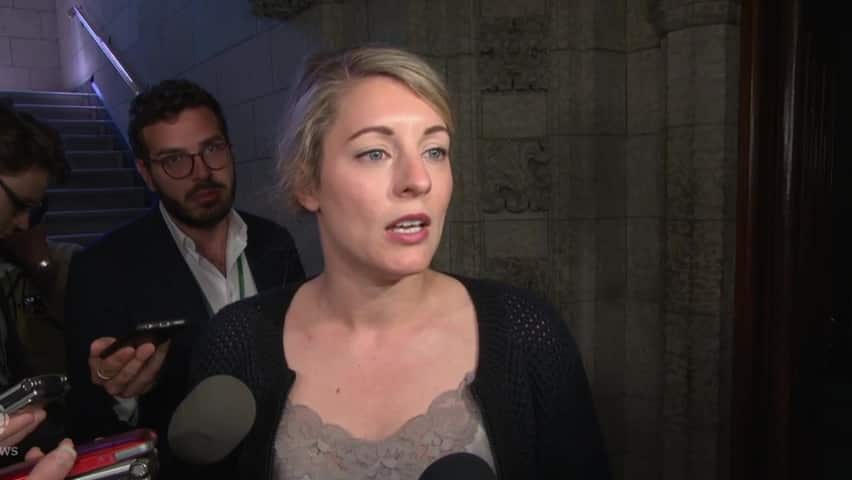 Federal Heritage Minister Mélanie Joly says her controversial pick for the position of official languages commissioner is withdrawing her candidacy.

Former Ontario Liberal cabinet minister Madeleine Meilleur has faced a barrage of criticism from opposition MPs for her ties to the Liberal Party and for meeting with the prime minister's top two staffers, Gerry Butts and Katie Telford, before submitting her application for the job paying $308,700 a year.

Joly, a Montreal-area MP, told reporters in the foyer of the House of Commons that Meilleur informed her of her decision today.

"Ms. Meilleur has been, and is, an important advocate in favour of linguistics rights in this country and I really hope that she will continue this important work of advocacy. The reality is, the cause of linguistic minorities needs her," Joly said. "She was a very good candidate.… Quite frankly, I think this is a very sad story, but ultimately she has taken her decision."

In her letter, Meilleur expressed regret that her nomination had been the source of so much controversy.

"Considering this situation, I have concluded that my ability to perform this function fully and to act on behalf of Canadians would be greatly compromised," Meilleur wrote in French.

In question period, Conservative Leader Andrew Scheer said the prime minister was making a "mockery" of a supposedly open and transparent appointment process for an officer of Parliament by picking Meilleur.

Prime Minister Justin Trudeau said it was rich for the Conservatives to criticize his government's record on appointments, when former prime minister Stephen Harper "completely botched" the process for picking a Supreme Court justice.

"After 10 years of excessive partisanship by the former Conservative government, we know that picking the best people for the job, regardless of their backgrounds, and people that reflect the full diversity of this country, is what Canadians expect. This is exactly what we're delivering," Trudeau said in response, adding Meilleur has always offered "magnificent service" to minority-language communities. 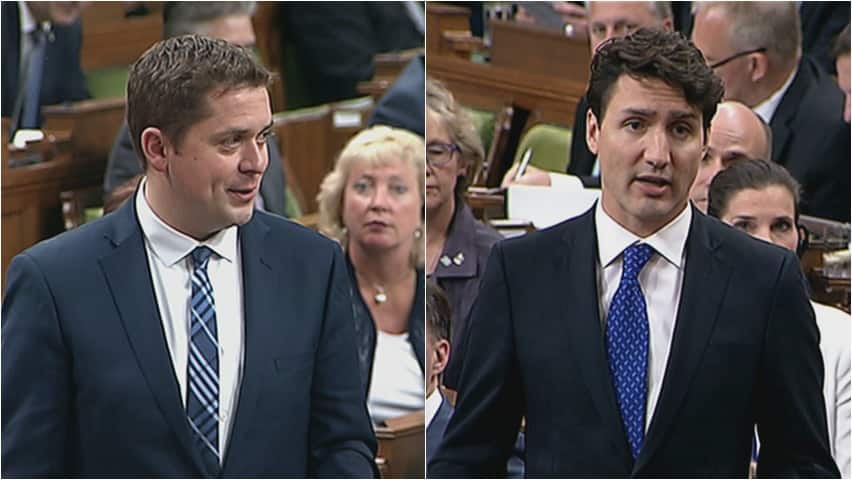 3 years agoVideo
1:10
PM Justin Trudeau defends the nomination process that named Madelien Meilleur as Official Languages Commissioner after her withdrawal from the process. 1:10

Meilleur's nomination had been criticized by several linguistic minority community groups, who today said they welcome her decision to withdraw.

"We're very relieved, because this process had got to be quite complicated and painful," said Geoffrey Chambers, the vice-president of the Quebec Community Groups Network.

"The process itself was a problem and then Mme. Meilleur's positions in regard to our community were worrying, so we're relieved that this can start all over again from the beginning."

It was a fiasco from the beginning to the end.- Kevin Arseneau, president of the Société de l'Acadie du Nouveau-Brunswick

Chambers said his organization may still submit a complaint to the Office of the Commissioner of Official Languages, as it believes the nomination process was "clearly" at odds with requirements set out in the Official Languages Act.

The president of the Société de l'Acadie du Nouveau-Brunswick also welcomed Meilleur's decision, but said he was disappointed she had to take the fall for the government's appointment process.

"I don't understand the Liberal Party and Justin Trudeau's political calculations on this," Kevin Arseneau told CBC News. "It was a fiasco from the beginning to the end. It's going to stay in the record books as a really unexplainable fiasco."

Arseneau said his organization still intends to seek a judicial review of the appointment process, and hopes the government will start "from scratch" by consulting more closely with representatives of linguistic minority groups.

In a statement, the president of the Fédération des communautés francophones et acadienne du Canada, Sylviane Lanthier, praised Meilleur for her choice to step down as the government's nominee.

"With this decision, she has put her commitment to linguistic duality and la Francophonie ahead of what she personally would have wanted. We thank her for it," the statement said in French.

With files from the CBC's Marc-André Cossette