The owner of three McDonald's locations in Victoria, B.C., could face criminal prosecution if an investigation finds he lied on an application to hire temporary foreign workers, Employment Minister Jason Kenney says. 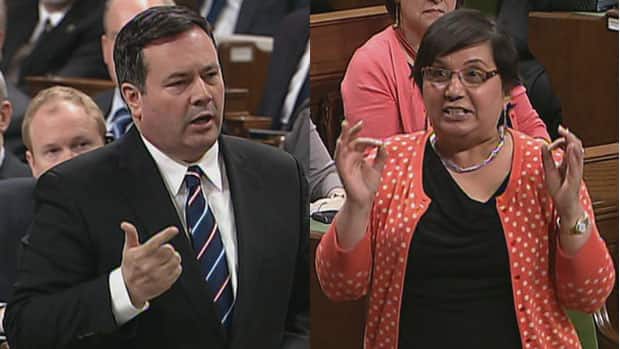 The owner of three McDonald's locations in Victoria, B.C., could face criminal prosecution if an investigation finds he lied on an application to hire temporary foreign workers, Employment Minister Jason Kenney said today.

CBC's Go Public reported Sunday that the federal government suspended all pending foreign worker permits for three McDonald’s locations in Victoria owned by franchisee Glen Bishop, pending the outcome of an investigation. Bishop would not comment on the probe, but told CBC News he has "nothing to hide."

Kenney told the House of Commons on Monday that he learned of the possible abuse of the Temporary Foreign Worker Program at a franchise outlet in B.C. last Thursday. The minister said he immediately ordered an investigation and had investigators at the site within 24 hours.

I want to remind employers that there are criminal sanctions for misrepresentation, including jail time, if they lie on their applications.- Jason Kenney, employment minister

"If the inquiry finds that that employer lied … I will refer this matter to the Canada Border Services Agency (CBSA)," Kenney said during question period in the House.

"I want to remind employers that there are criminal sanctions for misrepresentation, including jail time, if they lie on their applications," Kenney said.

NDP critic for employment and social development Jinny Sims criticized the government for dragging its feet on a problem it has known about for some time.

When will this minister stop allowing companies to bring in temporary foreign workers to do jobs that Canadians are ready and willing to do- Jinny Sims, NDP critic for employment and social development

"Remember RBC? Or how about the mine in B.C. that said workers had to speak Mandarin? Today, it's McDonald's. Bringing in temporary foreign workers while rejecting Canadians," Sims said.

"When will this minister stop allowing companies to bring in temporary foreign workers to do jobs that Canadians are ready and willing to do?"

"Let us be clear: if any employer breaks the law, there are serious consequences," Kenney said.

The government introduced, through its budget implementation bill last month, legislation that would allow it to impose heavy penalties on employers that abuse the program.

McCallum asked for unanimous consent to pass a motion that would see sections 299 to 302 of the budget bill hived off into a separate piece of legislation, but he did not receive it.

"If the Conservatives are so keen to root out the evil-doers, why not accept my motion?" McCallum said in a phone interview with CBC News on Monday.

Government House Leader Peter Van Loan told CBC News in a written statement that creating a separate bill would have the potential to delay the foreign workers provisions.

McCallum welcomed the new measures proposed by the government, but criticized the Conservatives for not doing more to solve the problem sooner.

"They are cleaning up their own mess," he said.

Kenney said he has added the three McDonald's locations in Victoria to a so-called black list of employers "who have broken the rules or been suspended from the Temporary Foreign Worker Program."

As CBC News reported on Sunday, the government also revoked or suspended two other employers' permits to hire workers through that same program.

CBC News reported in January that the CBSA was looking into allegations that more than two dozen foreign workers were housed in one split-level residence.

Four former employees of Jungle Jim’s restaurant and Greco Pizza told CBC News that 26 foreign workers shared the home for months. The owners of the restaurants denied the claims.

The Boathouse Restaurant in Fenelon Falls, Ont., has been permanently banned from hiring workers through the Temporary Foreign Worker Program after the government found it "provided false, misleading or inaccurate information."