Immigration Minister John McCallum says additional staff are in Canadian visa offices in the Middle East "as of today" in an effort to finalize more applications for privately sponsored Syrian refugees, as "disarray" and long delays continue to exasperate Canadian sponsors.

'Every effort to finalize' privately sponsored Syrian refugee applications will be made: immigration minister

The news comes mere hours after Immigration, Refugees and Citizenship Canada could not tell CBC whether any additional staff had been deployed to the region since the minister made the pledge one month ago, saying only that the wheels had been set in motion with details still to come.

McCallum appeared before the Commons citizenship and immigration committee on Thursday, and answered questions from MPs about the government's initiative to resettle Syrian refugees.

"My department will make every effort to finalize the processing of the privately sponsored Syrian refugee applications that we received before March 31 by the end of this year or early in 2017," McCallum said.

"This plan will come out in more detail in a short while, but it has already started and there are additional officials out there as of today."

Private sponsors in Canada have grown tired of long delays. The Trudeau government slowed the processing of applications for privately sponsored Syrian refugees after it reached its own target of resettling 25,000 Syrians (a mix of government-assisted refugees and privately sponsored ones) between November and the end of February.

"At the height of the operation, we had approximately 500 government officials including visa officers and military staff deployed to work on the Syrian resettlement effort abroad and hundreds more dedicated full-time to 'Operation Syrian Refugees'," McCallum said on Thursday.

In an email to CBC News late Wednesday night, a spokeswoman for Immigration, Refugees and Citizenship Canada could not confirm how many additional staff had been sent to the Middle East only that plans to boost staffing levels were afoot in Lebanon, Egypt, Turkey and the United Arab Emirates.

"Details are being finalized as part of operational planning," she said on the eve of the minister's appearance at committee.

Lesage said "more than 65 full-time employees" are working in visa offices in Amman, Ankara and Beirut along with "dozens" more staff in Canada.

A month after McCallum's pledge to boost staffing levels, private sponsors in Ontario are issuing a rallying cry to other Canadians who find themselves in a similar situation.

"We are creating a national organization so we can speak with a good, strong voice," former Toronto mayor John Sewell, who is leading the charge, said in a phone interview with CBC News.

"There doesn't even appear to be an uptick in the number of Syrian refugees arriving in Canada," Sewell said on Wednesday, prior to another weekly meeting with his group.

According to Sewell, private sponsors have expressed concerns with the level of "disarray" in the Immigration Department.

"Frankly, it's an extraordinary mess," he said on Wednesday.

Private sponsors who responded in large numbers to the government's plea for help to resettle refugees who are fleeing poverty and war amid the crisis in Syria say they have become "disillusioned" with the government's efforts.

Sewell said there are approximately 9,000 groups that have raised the funds required to sponsor a Syrian refugee family but who are still waiting for their arrival.

"We think they have deposited into charitable accounts at least $200 million," Sewell said.

Sewell is of the view the Liberals should focus their resources on assisting private sponsors and Syrian families who have been left to scramble, rather than bring in more government-assisted refugees.

'Work is by no means done'

McCallum told the Commons committee the Liberals hope to resettle another 25,000 government assisted refugees from Syria by the end of 2016,

The minister said that while some challenges remain, 98 per cent of government-assisted refugees are in permanent housing.

Except for those rare cases with special needs, the remaining two per cent should be in permanent homes "within the month," McCallum said.

"But of course, the work is by no means done, because there are areas of language training and finding jobs and other things which are far from complete."

McCallum said the Liberal government's initiative to welcome 25,000 Syrian refugees in a period of four months was nothing short of "unprecedented."

"I am probably the only immigration minister in the world whose major challenge is not being able to deliver enough refugees, quickly enough, to satisfy the amazing generosity of Canadian households and Canadian families who want to sponsor them."

McCallum said while "this is good problem" to have, "it's still a problem."

"We have started to deploy additional people into the region in order to expedite those refugees as quickly as we can." 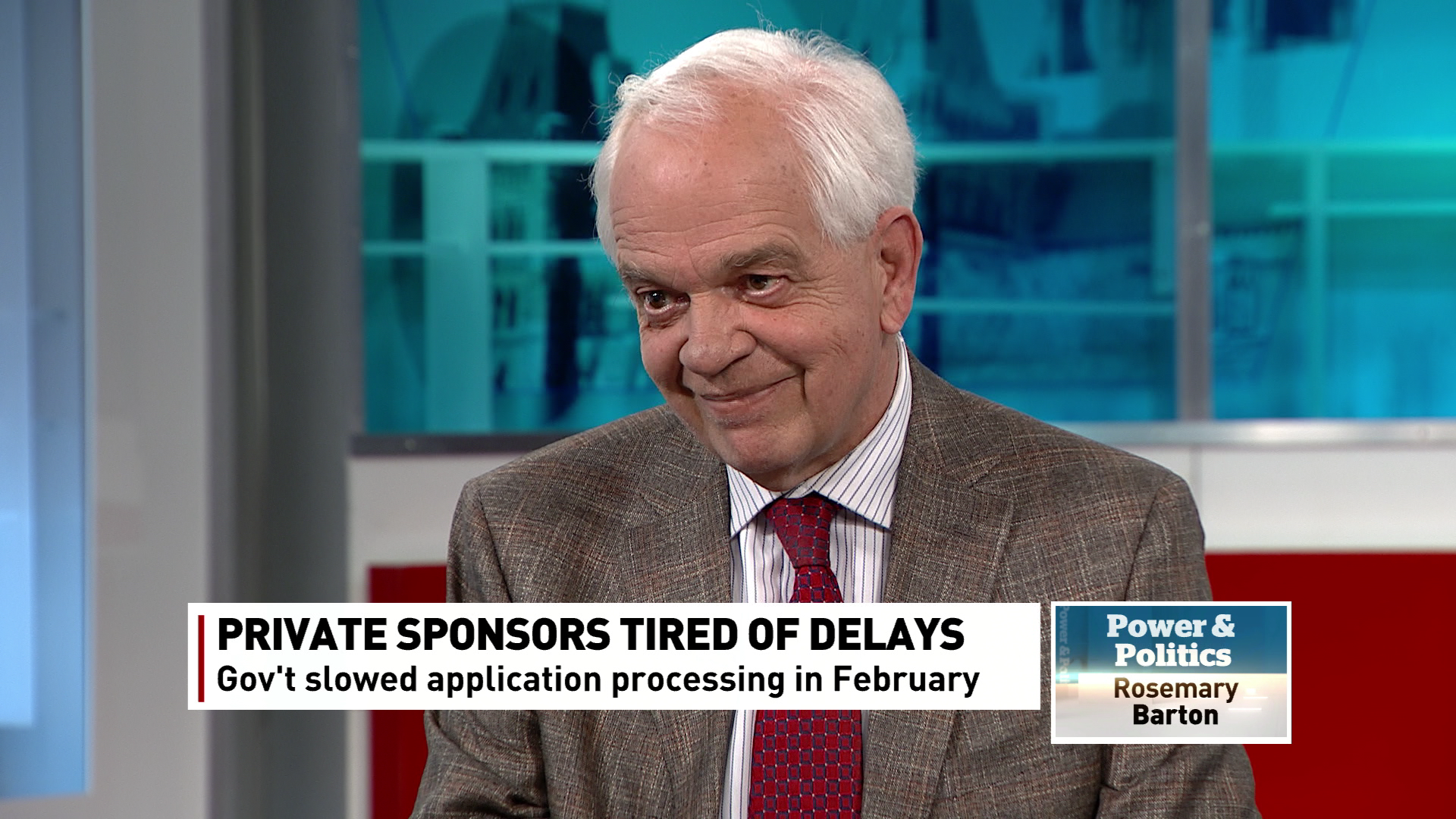