Sub-standard Chinese N95 masks being considered for non-medical use

One million Chinese-made N95 respirator masks that didn't meet Canada's quality control standards are being examined by public health officials to see if they can be used in non-medical settings, according to a senior government official.

One million Chinese-made N95 respirator masks that didn't meet Canada's quality control standards are being examined by public health officials to see if they can be used in non-medical settings, according to a senior government official.

The official, speaking on background, said the masks were delivered the week of April 6 and testing showed they didn't meet a standard that would allow them to completely filter out virus particles.

The official said further testing will determine whether they can be used by other sections of the workforce. If they can't, they will be returned to the manufacturer and replaced at no cost to Canada.

The masks are part of 5.3 million N95 respirators the federal government has received from domestic and international suppliers as of April 23. Public Services and Procurement Canada has ordered more than 155 million N95s and is awaiting further shipments.

All masks ordered by the federal government are first counted by federal officials, with help from members of the Canadian Forces, before being turned over to the Public Health Agency of Canada (PHAC) for testing.

Once equipment such as surgical-grade masks, gloves, gowns, face shields and other gear has been cleared by PHAC, they are distributed to health care workers across the country. 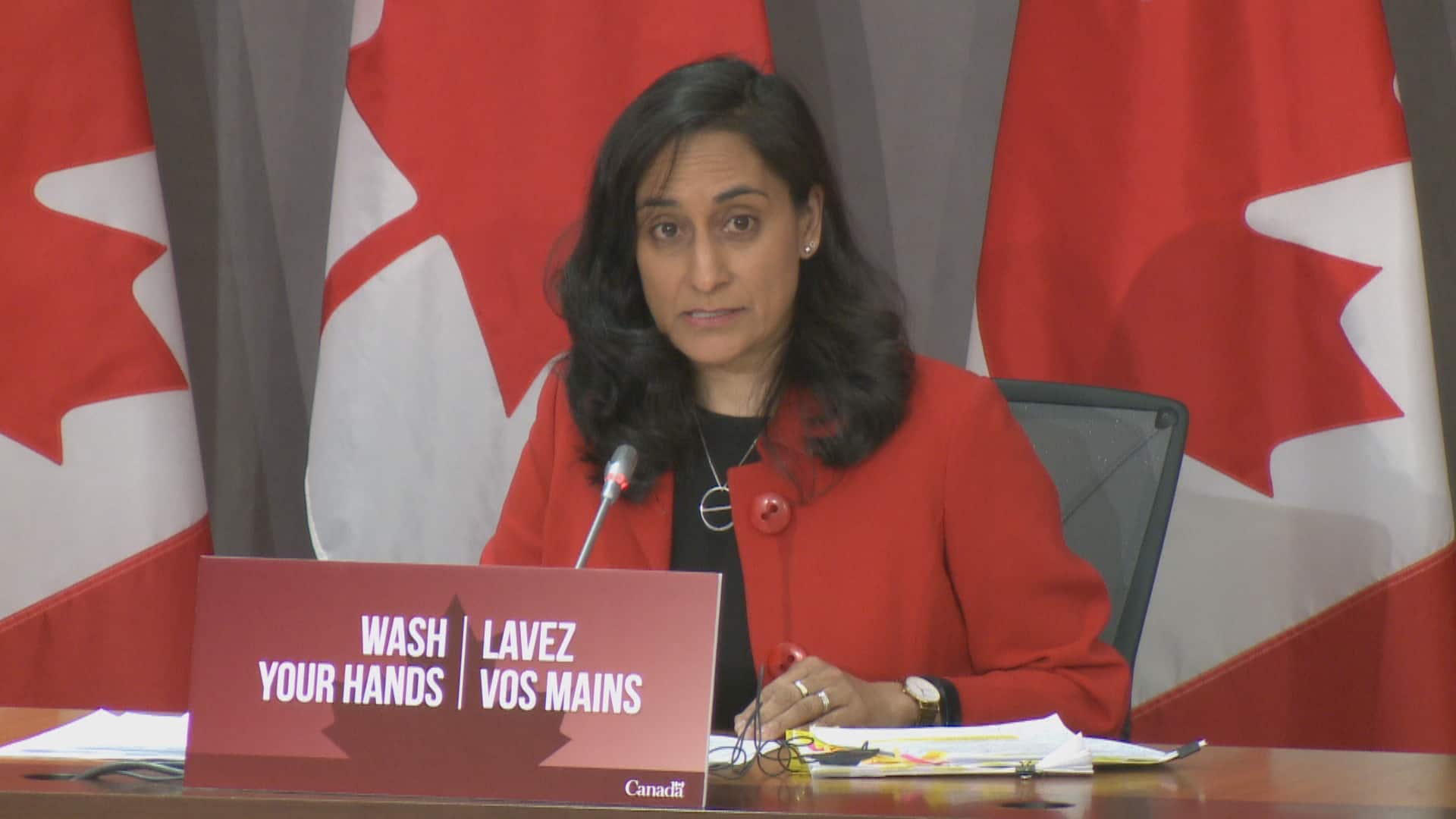 Since the beginning of the pandemic, the federal government has been in a bidding war with other countries trying to buy personal protective equipment (PPE) for front-line health care workers.

"Much of the world's supply is manufactured in China and moving materials out of that country is highly complex," Public Services and Procurement Minister Anita Anand said Friday.

"I want to reassure Canadians that we continue to adjust and refine our logistical and diplomatic approaches on the ground, not just in response to supply chain challenges but in anticipation of these challenges," she said.

According to Public Services and Procurement Canada, as of April 22 the federal government has received:

The federal government also has ordered 34,849,000 face shields, 118,405,120 gowns and 32,070 ventilators. Deliveries of all three of these products are expected to begin arriving in government warehouses the week of April 27.

Millions more units of PPE have been received by federal officials but are currently being inventoried before being sent to PHAC for testing and distribution.

All of the equipment purchased by the federal government comes on top of any PPE purchases being made by the provinces and territories.

"Progress is being made," Anand said. "We have received six planeloads carrying supplies from China since last Friday alone, and over 10 carriers have brought goods back to Canada ... from China."

The federal government has struck deals with a number of Canadian companies to provide additional supplies.

Fluid Energy Group in Calgary and Irving Oil in Saint John, N.B., are both providing hand sanitizer to the federal government.

General Motors of Canada Ltd. is also going to start producing up to a million level-1 face masks per month at its facility in Oshawa, Ont., the company said Friday.

Level-1 masks provide the lowest level of protection but can be used by medical professionals to cover N95 respirators, or in settings where people are not dealing with confirmed cases of the disease.

The company said 50 employees working two shifts will soon be used to produce the masks. GM Canada's biggest union, Unifor, has signed off on the plan.

"The project still requires completion of additional work with our governments and our Unifor partners, and we will provide updates as we get ready to begin production," the company said in a statement, adding that the masks will be sold to authorities at cost.