Vice-Admiral Mark Norman not only had the blessing of the former Conservative cabinet to deal with a Quebec shipyard, he was authorized to speak with it directly in the run-up to the signing of a $668-million leasing contract, CBC News has learned.

Vice-Admiral Mark Norman not only had the blessing of the former Conservative cabinet to deal with a Quebec shipyard, he was authorized to speak with it directly in the run-up to the signing of a $668-million leasing contract, CBC News has learned.

The revelation raises further questions about the handling of the RCMP's investigation into allegations that the military's former second-in-command leaked sensitive cabinet information about the contract.

It also peels back the curtain on some of the thinking that may have gone into the Crown's decision to stay the single breach-of-trust charge against Norman, who at one time commanded the Royal Canadian Navy.

"Mark Norman was acting within his authority and with cabinet authority," Peter MacKay, who held both the justice and defence portfolios under then-prime minister Stephen Harper, told CBC News.

"Having taken the decision that we did via cabinet committee, and, therefore, giving Mark Norman the green light to proceed, he would have had [the] authority to speak to the Davie shipyard," MacKay said.

The vast majority of the 12 alleged leaks of cabinet information that were the focus of Norman's court case took place under the former Conservative government, which scrambled in the run-up to the 2015 election to secure a temporary supply ship for the navy, over the opposition of some parts of the public service and the military.

It isn't clear whether the Mounties or the Crown knew before laying the breach-of-trust charge that Norman had clear marching orders from the Harper government.

That information would have been contained in a pile of Conservative-era cabinet documents that the current Liberal government fought to keep secret.

"The RCMP didn't have it, and didn't look for it," said Norman's lawyer Marie Henein last week at a news conference after the Crown stayed the charge against her client.

"I don't think they were suppressing anything. I think the full picture of how these very complicated contracts are negotiated, and what the life of this particular contract was ... It was far more complicated, far more sophisticated and was not completely looked at."

The RCMP last week defended the thoroughness of its investigation. When contacted by CBC News on Monday about the latest information, the federal police force declined to comment.

"We are not in a position to provide further comments on the matter," said the unsigned email statement from the RCMP.

A defence expert who has followed the case closely said the revelation upends the context of a major portion of the case.

"The whole heart of this case was that he was doing something that he wasn't supposed to be, and that that was contravening the public interest," said Dave Perry, an analyst who specializes in procurement with the Canadian Global Affairs Institute.

"If the [former] government had given him direction to engage with that company, then I think this changes fundamentally everything."

Norman was also accused of leaking cabinet information to a now-former CBC journalist, James Cudmore, in November 2015. What MacKay has said would not change the framework of that allegation.

Either way, the Crown last week determined that the chance of a conviction was not good, and lead prosecutor Barbara Mercier described Norman's conduct as "inappropriate but not criminal."

'Full faith in our institutions'

In the Commons on Monday, Justice Minister David Lametti turned aside opposition attacks and persistent allegations of political interference in the case by expressing "full faith in our institutions," including the Mounties.

"The charges in question were laid by the DPP [director of public prosecutions]," he said. "The process was managed by the DPP and the stay was decided by the prosecution service. Evidence was gathered by the RCMP, turned over to the prosecution. [The] DPP and prosecutor have both stated there was no government interference or contact."

The case against Norman, who was first suspended in 2017 and relieved last year as the vice chief of the defence staff, came apart last week when the Crown said it did not have a reasonable chance of conviction based upon new information submitted in a brief by the defence team.

The lead prosecutor refused to say what that information was, conceding it was new evidence that the prosecution had not seen before.

Since then, three former Conservative cabinet ministers have acknowledged they gave interviews to Norman's lawyers, providing details and context regarding what was going on when the Harper government approved the lease of the MV Asterix from the Davie shipyard in Levis, Que.

The leasing plan was opposed by federal shipbuilding and defence bureaucrats, who wanted to either compete the lease proposal with other shipyards, or wait and force the navy to make do until the eventual delivery of permanent supply ships, expected some time in the 2020s.

The Harper cabinet decided to do an end-run around those opposed to the short-term lease — including the former chief of the defence staff, the now-retired Gen. Tom Lawson.

MacKay said Norman "had a unique and important role to play in this procurement, which was made on an emergency basis."

He said Norman acted as the so-called "super project manager" tasked with delivering the lease deal.

"Cabinet would have given Mark Norman and the defence department the authority to move forward on this procurement. So, yes, he was very often speaking to Davie shipyard," MacKay said. 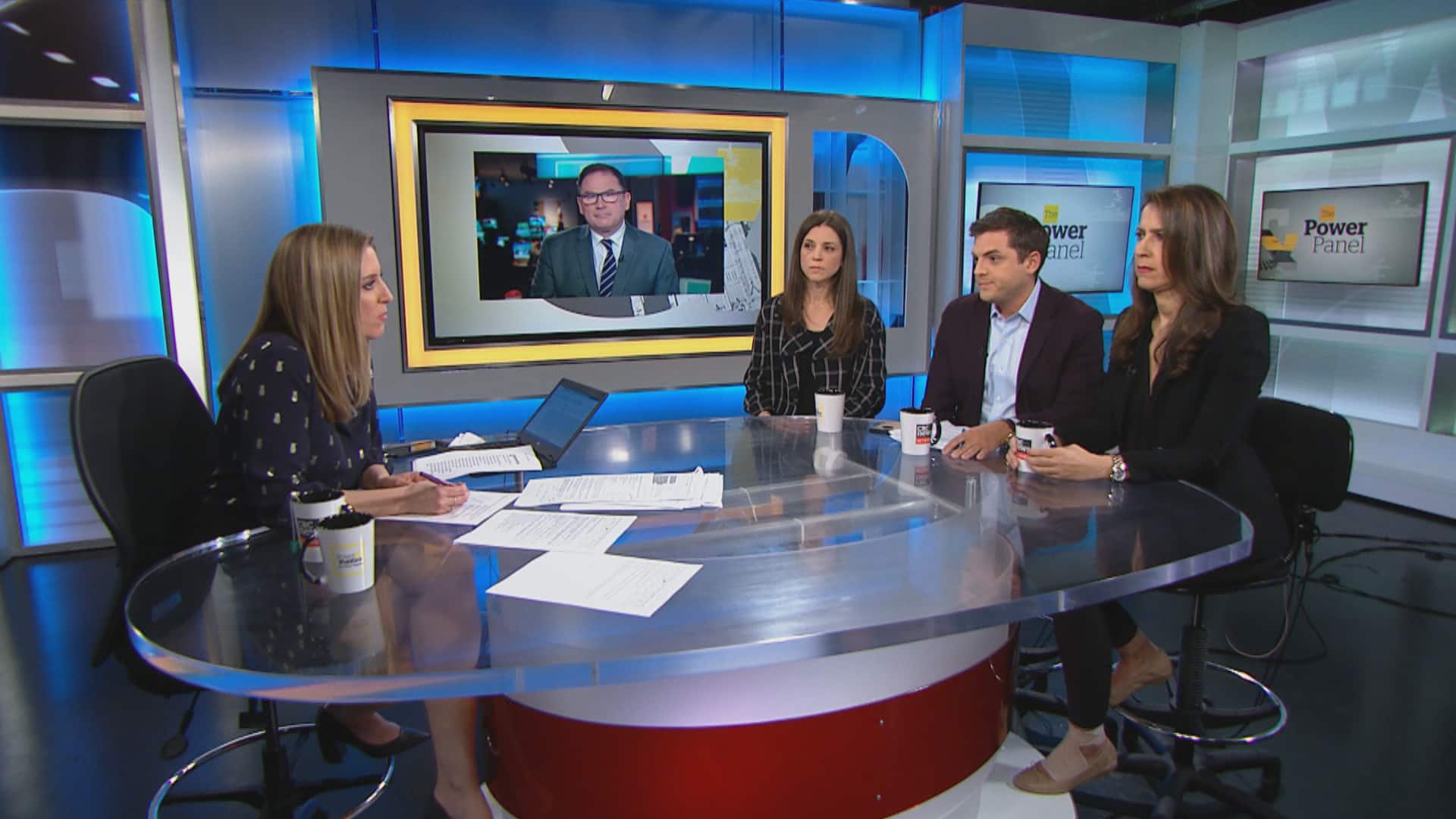 2 years ago
11:42
Rachel Curran, Brad Lavigne, Christine McMillan, and John Paul Tasker discuss the Mark Norman affair, where new details have surfaced that he was once authorized to speak to the Davie Shipyard by the former Conservative government. 11:42