Marijuana legalization in Canada: What we know and don't know

Canada is lurching toward becoming more pot friendly, but the details around the coming legislation are still hazy.

Liberal government hopes to introduce legislation to legalize marijuana in 2017

Canada is lurching toward marijuana legalization, but the Liberals aren't being blunt about what the new law will mean for the average pot-friendly Canadian.

Justice Minister Wilson-Raybould announced on Thursday the launch of a task force to advise the Canadian government on how best to map its plan to legalize marijuana.

The task force report could give us a better sense of what the Liberals' law will look like. Still, the panel is just offering recommendations and the Liberals could always take another route.

When are we going to see new laws around marijuana in Canada?

The Liberal government announced on April 20 that it would be introducing new legislation next spring.

How will it gather recommendations?

The task force will be talking to provincial, territorial and municipal governments, Indigenous people, youth and addiction and health experts on the subject.

The government has also put out a discussion paper with its own questions.

Who is on the panel?

The nine-member task force will be chaired by Anne McLellan, a former deputy prime minister under Paul Martin who also served as a health and justice minister.

Of the eight other members, five are doctors, signalling health is a priority.

Provinces and territories helped nominate members to the task force.

When will we know the panel's findings?

The panel will have to report back to the government by November before legislation is introduced in spring 2017.

Is possession of marijuana for personal use going to be decriminalized in the meantime?

Michel Picard, parliamentary secretary to the minister of public safety, said decriminalization does not meet any of the government's objectives.

What we don't know

This is where things are more hazy.

While fielding questions on Thursday, Health Minister Jane Philpott and Wilson-Raybould repeatedly said they're hoping the task force will answer most of the government's own questions about what this legislation will look like.

Will I be able to grow my own stash?

You can make homemade beer and wine, but you may not be able to add weed to your repertoire.

The government is looking to the panel for advice on this one, but Bill Blair, parliamentary secretary to the justice minister and Toronto's former police chief, said that to keep organized crime out of the trade they're looking at having a "regulatory framework" in place to control the production and distribution of marijuana.

"It is not like tomatoes, it is a substance that poses certain significant social and health harms," he said.

How old will I have to be to buy marijuana?

Both ministers made sure to emphasize that they want to keep marijuana out of the hands of children, so 18 looks like the minimum. 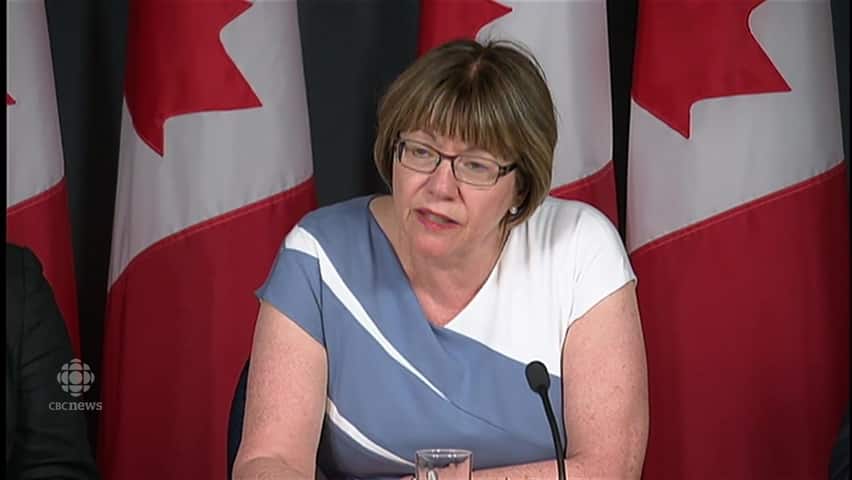 However, a government discussion paper notes that "science indicates that risks from marijuana usage are elevated until the brain fully matures … about age 25."

The legal age In Colorado and Washington, which legalized the possession of marijuana  in 2012, is 21, matching the drinking age there.

That could complicate things in Canada, where the drinking age varies between 18 and 19.

Where will I be able to buy it?

Again, the government says it's looking to the task force for guidance, but some form of private-sector production with government licensing is mentioned in the discussion paper.

Canada could see a patchwork system where distribution varies from province to province.

Ontario Premier Kathleen Wynne is pushing to restrict recreational marijuana sales to the province-owned Liquor Control Board of Ontario, which operates more than 600 liquor stores.

It's unclear what legalization, and a potential LCBO connection, would mean for the medical marijuana.

How much marijuana can I buy?

There's no magic number, but it looks as if there will be a limit on the quantity of cannabis products you can buy in one go.

The government says limits lessen the chance marijuana will be resold to young people illegally.

Where can I smoke it?

There's a chance you might not be able to light up when a Grateful Dead cover band concert comes to town.

The government is considering restricting marijuana use to private residences. But it's just an option.

It has asked the task force to look at whether it's wise to allow public consumption and if adult-only sites are necessary.

Can I get pardoned for a previous drug-related charge?

It's not a good time to get busted.

The production and possession of marijuana are still illegal in Canada, unless it's for medical purposes, and police will continue to enforce the current laws until new legislation is in place.

When asked in the House of Commons whether the Liberals would promise legislation to remove criminal records of Canadians charged before a new law is in place, Trudeau wouldn't commit and instead responded that decriminalizing marijuana does not help the government meet its goal of keeping pot out of the hands of children.

Will I be able to buy cannabis cookies, candies, etc?

The government's main concern on this point is that children will accidentally ingest these products. Its legislation might limit the THC potency in such products.

Will it be taxed?

The discussion paper on the issue encourages the use of taxation to "discourage the use of marijuana and provide the government with revenues to offset related costs (such as substance abuse services, law enforcement and regulatory oversight)."

But it also notes the tax has to be low enough to dissuade people from buying marijuana on the black market.

What about crossing the border with it?

No guidelines have been officially released on this side of the border, but you could get into hot water if you're caught bringing drugs into the states.

While it's true you users can buy pot in some states, marijuana is illegal nationwide in the United States under federal law. U.S. custom officers can still enforce the laws surrounding marijuana possession. And even if you have a licence for medical marijuana in Canada, Global Affairs says that doesn't mean you can cross the border with it.

Michael Milne, a spokesman for U.S. Customs and Border Protection, a branch of the Department of Homeland Security, told CBC News that border guards enforce federal laws so Canadians who disclose plans to try legal pot south of the border could be turned away — or barred from the U.S. indefinitely.

What happens if I already have a medical marijuana licence?

The government says it anticipates there could still be cases where someone needs access to medical marijuana, but can't obtain legal marijuana. It's possible some people could be allowed to grow weed at home, though the task force is likely to fine tune these rules.

A Federal Court struck down restrictions on patients growing their own medical marijuana earlier this year, though users have to be licensed to do it.

Some medically authorized youth could also get access to high potency products, but a doctor would have to be consulted.