The Liberal government has tabled legislation to end the prohibition on pot for recreational use. Two bills set new rules around the possession, distribution and sale of pot and create tougher penalties for impaired driving.

The Liberal government has tabled legislation to end the prohibition on pot, checking off a major promise from the 2015 campaign.

The pot plan comes with two new bills; one to regulate the recreational use, sale and cultivation of marijuana, and a second that strengthens measures to stop impaired driving.

It would allow people to possess up to 30 grams of dried or fresh cannabis and sets the minimum at 18 years of age, though provinces and territories can set a higher legal age.

Consumers can grow up to four plants at home or buy from a licensed retailer. Dried and fresh pot and cannabis oil will be available first, with edible products to become available later.

Prime Minister Justin Trudeau has repeatedly said the goal of legalization is to restrict access of marijuana to minors and choke off profits from sales by organized crime.

Bill Blair, who Trudeau appointed as his point man on the marijuana file, said there is no plan to promote the use of pot and stressed that buying, selling or using marijuana outside the regulatory regime will remain a serious criminal offence with stiff penalties.

He said Canada consulted broadly with other jurisdictions that have legalized marijuana, including Colorado and Washington states, to learn what worked and what did not. Canada's approach is different in that it is based on a public health framework over a commercial basis. 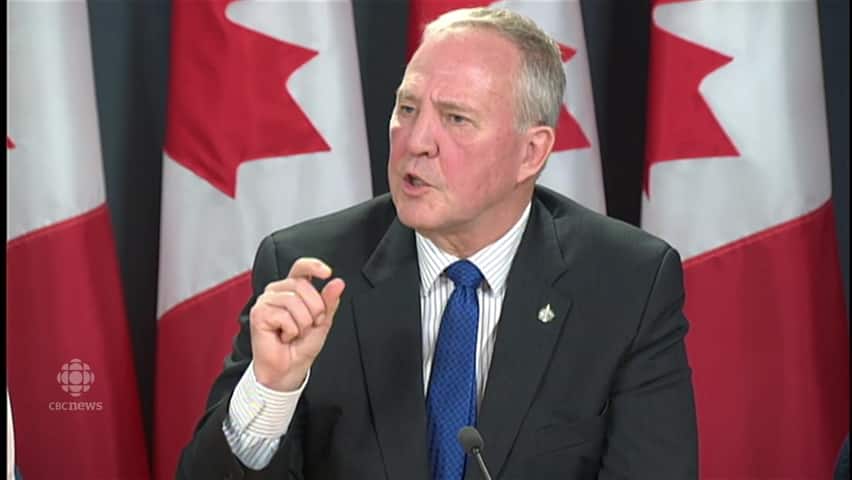 "It has focused entirely on how to reduce the social and health harms associated to cannabis in its production, distribution and consumption," Blair said during a news conference after the bills were tabled. "And that focus enables us to avoid many of the pitfalls that other jurisdictions have experienced, where the focus was primarily on maximizing revenue."

A new offence with a penalty of up to 14 years in prison will also be created for using a youth to commit a cannabis-related offence.

However, youth who are found in possession of up to five grams of marijuana would not be criminally prosecuted, in order to avoid consequences of criminal prosecution.

There are no details yet on how marijuana will be priced or taxed; the finance minister is expected to outline that information in future.

No 'free for all'

With some of those key elements still to be worked out, Public Safety Minister Ralph Goodale said the move to legalize marijuana will be done expeditiously but carefully. He also confirmed that until the new legislation passes, existing laws will be enforced.

"This must be an orderly transition. It is not a free for all," he said. 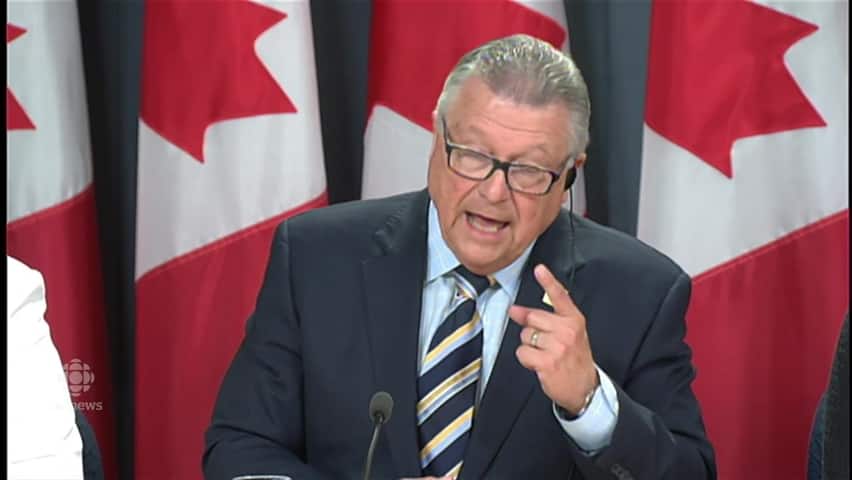 Will Canadians who legally smoke pot have to lie the U.S. border?

4 years agoVideo
1:26
Public Safety Minister Ralph Goodale is asked if he has assurances from the U.S. that Canadians will be able to enter that country if they've smoked pot after it's made legal 1:26

The new impaired driving bill creates three new offences and gives police authority to require saliva tests for drivers suspected of being high. Police can administer a test based on signs such as red eyes or the smell of pot.

Justice Minister Jody Wilson-Raybould called it an "important day" and said the legislation aims to strike a balance between protecting minors and keeping profits away from organized crime.

The proposal to legalize pot has been applauded by marijuana advocates, but has raised concerns from others about a potential rise in impaired driving and the effects on the mental health of young Canadians.

Conservative health critic Colin Carrie questioned the bill's ability to keep pot out of the hands of youth, and to keep stoned drivers off the roads. He accused the federal government of imposing unclear laws designed to help pot smokers but force the provinces to pay.

Push for pardons in interim

Three NDP MPs held a news conference to raise their concerns, criticizing the government for allowing thousands of Canadians to potentially be charged and convicted in the interim before the bill passes into law. 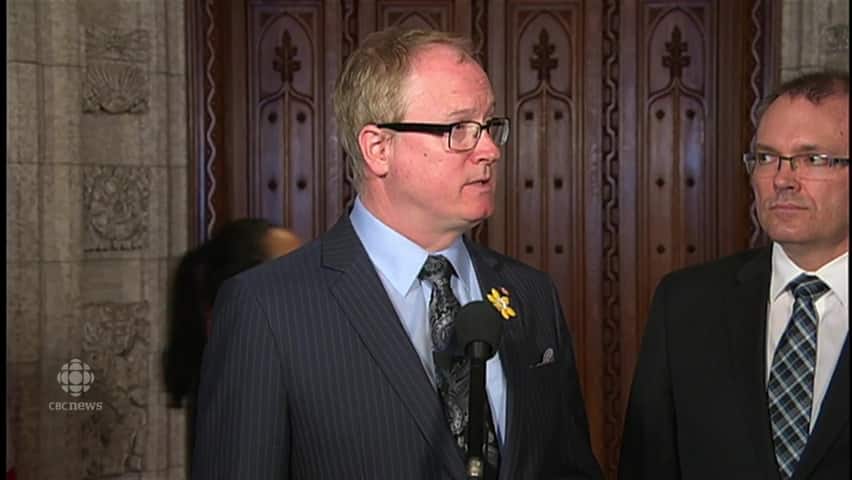 "The provisions of this bill could have easily been adopted as an interim measure when the Liberals first came to power. That was 18 months ago, but we're going to wait at least another 15 months," said NDP justice critic Alistair MacGregor. "And that's the point I want Canadians to truly understand, how sincerely unfair this is that the Liberals are taking no action on the prohibition and punishment front."

The NDP is also pushing for pardons for past convictions, and wants the government to funnel more money to harm reduction measures for broader drug addiction, including cash to tackle the opioid crisis.

The bills will face tough scrutiny by MPs in the House and at committee before moving on to the Senate for further study.

The government hopes to clear the parliamentary and procedural hurdles to make pot legal by July 1, 2018.