Prime Minister Justin Trudeau's mother Margaret and his brother Alexandre have both been paid tens of thousands of dollars to appear at WE Charity events.

Prime Minister Justin Trudeau's mother Margaret and his brother Alexandre have both been paid tens of thousands of dollars to appear at WE Charity events.

In a response to an inquiry from CBC News, WE Charity has provided details of the speaking fees paid to both individuals for their participation at events between 2016 and 2020.

Both Margaret and Alexandre are registered with the Speakers' Spotlight Bureau, which arranges appearances for clients in exchange for negotiated fees.

Prime Minister Trudeau and his government have been under fire since announcing on June 25 they were awarding a $19.5 million sole-source contract to WE Charity to administer the Canada Student Service Grant, a $912 million program offering grants of between $1,000 and $5,000 to post-secondary students in return for supervised volunteer hours.

WE Charity said last week it was pulling out of administering CSSG, citing the ongoing controversy surrounding it and the government's decision to give the sole-source contract to WE. Prime Minister Trudeau said the federal government would take over the program.

News of the payments to two members of Trudeau's family seems to contradict WE Charity's earlier claim that it had "never paid an honorarium" to Margaret Trudeau.

The federal ethics commissioner is investigating the WE contract to administer the volunteer grant, after Conservative and NDP MPs contacted the office raising concerns about the relationship between the charity and the prime minister's family.

This evening, the Prime Minister's Office confirmed that — as CTV News first reported — the prime minister's spouse, Sophie Grégoire Trudeau, "received $1,500" for participating in a WE event in 2012, before Trudeau became leader of the Liberal Party.

"The prime minister has never received payment for any events with WE," the PMO said.

Trudeau admitted to reporters earlier this week that he did not recuse himself from cabinet discussions that led to the decision to award the contract to WE Charity.

CBC News contacted WE Charity to clarify the terms under which the prime minister and members of his family had appeared at past WE Day events.

"Prime Minister Justin Trudeau, Madame Sophie Grégoire Trudeau and Madame Margaret Trudeau have participated in WE Charity events and programs over the years," a WE spokesperson told CBC News late in the evening on June 25.

"The charity has never paid an honorarium to these individuals for their involvement in these programs and events."

The charity said Sophie Grégoire Trudeau's involvement as an "ambassador and ally" has been "entirely on a volunteer basis and travel expenses related to this involvement were paid for by WE Charity."

On Thursday, WE Charity emailed CBC News, saying the organization wanted to reach out "proactively" to "provide you with some updated information."

Less than an hour after the WE statement went out Thursday, Canadaland reported on its website that it had records showing Speakers' Spotlight had invoiced Free the Children (the not-for-profit arm of WE, now called WE Charity) directly for some of Margaret Trudeau's speaker's fees — and had asked WE about the discrepancy.

The email to CBC News said that "WE Day" is an event organized by the WE Charity. Corporate partners, it said, have sponsored speakers at these rallies, who are often contracted through speakers' bureaus which act as agents setting up appearances in return for negotiated fees.

One of those sponsors, the charity said, has been ME to WE Social Enterprises — another part of the WE organization that does seek profits from its activities. In the past, those activities have included things like branded merchandise sales. Much of that profit is returned to the WE Charity arm.

WE Charity said that when she appeared to talk to students about mental health issues, Margaret Trudeau's fees were usually sponsored by ME to WE Social Enterprise and paid through a speakers' bureau, it said. The bureau received a 20 per cent commission.

But WE Charity now acknowledges that, on some occasions, the speakers' bureau that represents Margaret Trudeau was paid directly by WE Charity — an "error in billing/payment," it said, that came to light as a result of an "internal review process."

ME to WE Social Enterprises then reimbursed the charity in its role as the sponsor of those speeches, the charity said.

The value of these billing errors amounted to $64,000 worth of appearances. For the rest, and for all the appearances by the prime minister's brother, the social enterprise part of the WE organization paid the speakers' bureau as a corporate sponsor of WE Day.

Prior to the pandemic, thousands of Canadian students attended WE Day rallies across Canada. Other speakers at this event, such as astronaut Chris Hadfield and athlete Chantal Petitclerc, were also paid to appear.

Some 35,000 students and recent graduates have applied for the CSSG, which connects them with volunteering opportunities in exchange for payments of between $1,000 and $5,000, depending on the number of hours worked.

Earlier this week, opposition MPs on the House of Commons finance committee passed two motions meant to pry more information out of the government about the process that led to the decision to hire the WE Charity to administer a $900 million federal program.

One motion tasks the committee with interviewing witnesses about the contract, including Clerk of the Privy Council Ian Shugart and Minister of Diversity and Inclusion and Youth Bardish Chagger. The second motion demands that all documents, memos, briefing notes, correspondence and other documents related to the deal with WE Charity be delivered to the committee by Aug. 8.

Today, the government operations and estimates committee voted unanimously to conduct a second study of the WE Charity affair that would take place after Aug. 8. Over four meetings, it will look into both this contract with WE Charity and any past contracts the charity has had with the federal government. It's also looking to hear testimony from various cabinet ministers.

Blanchet calls on Trudeau to step aside

Bloc Québécois Leader Yves-François Blanchet said the WE contract must be investigated Trudeau should step aside from the role of prime minister "for a few months." 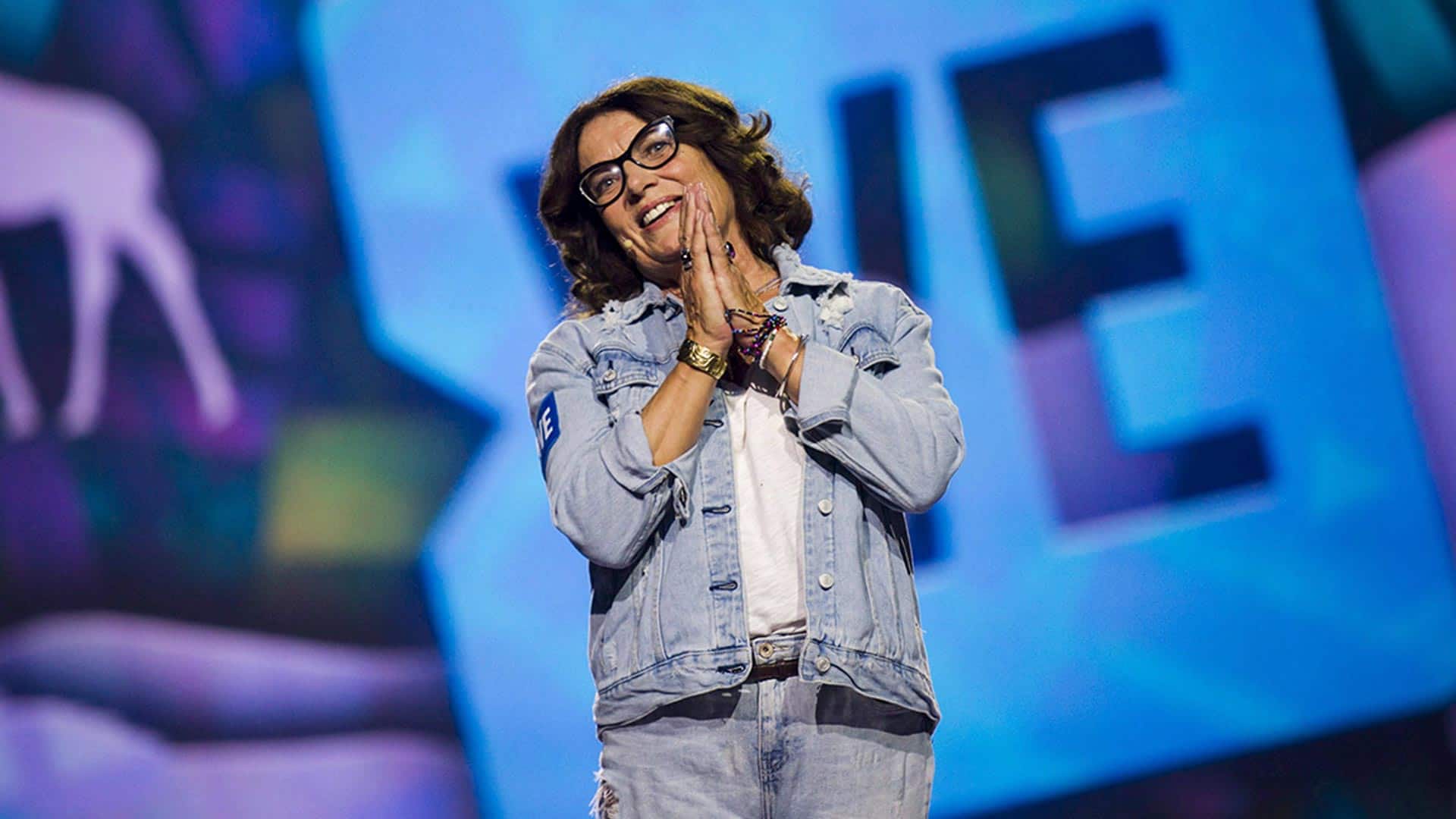 5 months agoVideo
2:21
WE Charity has admitted that members of Prime Minister Justin Trudeau’s family were paid for speaking at WE events. Margaret Trudeau received $250,000 for 28 speeches, Alexandre Trudeau received $32,000 for eight appearances and Sophie Gregoire-Trudeau received $1,500 for an event in 2012. 2:21

"For a few months, I think the prime minister must step aside and leave the function, the responsibilities, to the deputy prime minister … because for the time being he cannot be considered as being qualified to keep doing the job."

"We know now that Justin Trudeau handed almost a billion-dollar contract to a charity that not only had close ties to the Liberal Party, but which paid his family almost $300,000," he said in a media statement.

"Parliament must immediately be recalled so that we can get to the bottom of this. All of the documents related to the contract must be made public. Every single cabinet minister needs to come clean about whether or not they knew that the prime minister's family had a financial relationship with WE Charity when they approved this massive contract. Canadians deserve answers and the prime minister and his government must be held accountable." 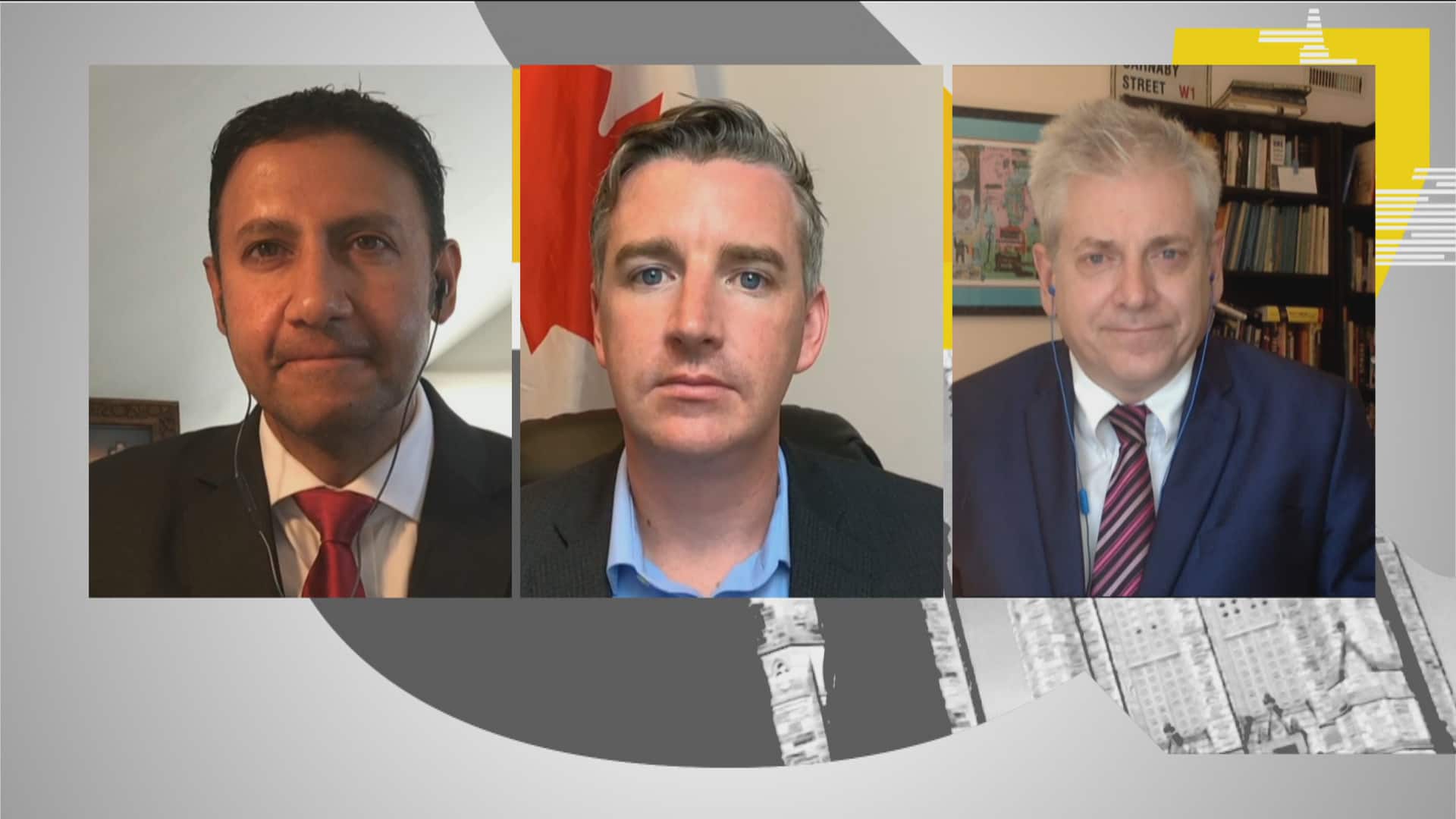 5 months agoVideo
10:32
Liberal MP Arif Virani, Conservative MP Michael Barrett, and NDP MP Charlie Angus react to news that Margaret and Alexandre Trudeau have been paid over $280,000 to speak at a number of WE Charity events. 10:32

NDP MP Charlie Angus accused the Liberal government of thinking "they could play Canadians for suckers."

"Did they really think that people weren't going to notice a billion dollar contract given to people who are very close to the prime minister's family?" Angus asked while appearing on CBC News Network's Power & Politics this evening.

"When asked straightforward questions about whether his family was receiving money from WE, the prime minister should have told the truth and he didn't tell the truth. That's why he's in trouble," Angus told guest host David Cochrane. "He doesn't seem to understand, and the people around him don't seem to understand, that there are laws that have to be followed."

In a statement, the Prime Minister's Office said members of Trudeau's family "engage with a variety of organizations and support many personal causes on their own accord.

"What is important to remember here is that this is about a charity supporting students. The Canada Student Service Grant program is about giving young people opportunities to contribute to their communities, not about benefits to anyone else."

Watch: Consequences of Trudeau's ties to WE controversy | At Issue 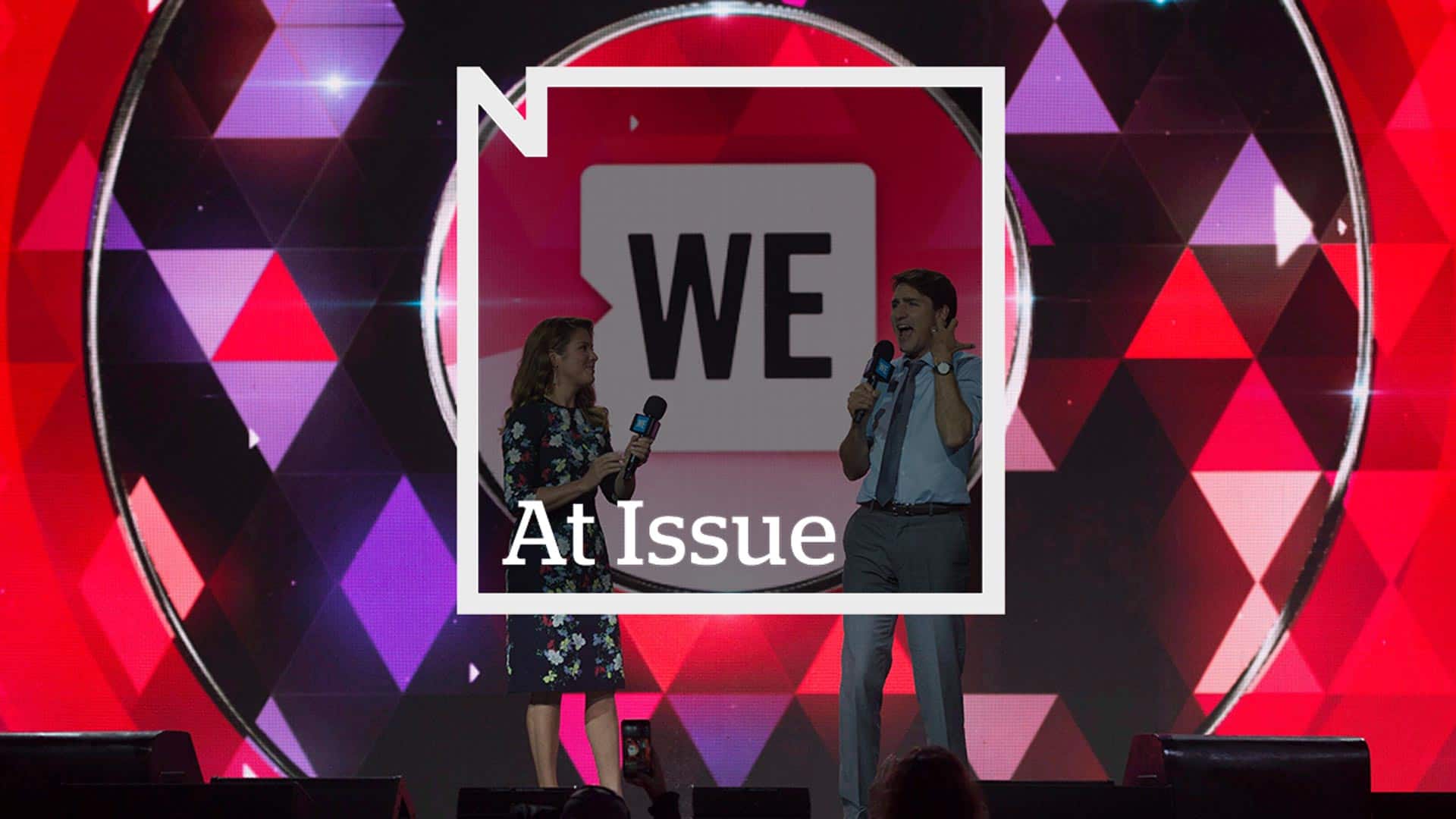 Consequences of Trudeau’s ties to WE controversy | At Issue

5 months agoVideo
7:46
The At Issue panel discusses the latest ties between the WE Charity and the Trudeau family. Plus, what a third ethics commissioner's investigation means for the prime minister and his government. 7:46