U.S. launched investigation into uranium imports on grounds of national security on Wednesday

Those justifications are being scrutinized by dozens of witnesses — including representatives from the Ontario and  federal governments — at hearings in Washington on Thursday, as the U.S. Commerce Department determines whether or not to classify imported vehicles and car parts a threat to national security.

As the hearings began, the overwhelming majority of speakers testified there was no basis for calling imported cars a threat and imposing duties would hurt Americans.

Autos are just one category in an ever-growing list of products being added to the "security threat" column by the U.S. administration.

But David MacNaughton told CBC Radio's The House he's made Canada's position on that matter clear: if Trump continues to use Section 232 of the 1962 Trade Expansion Act to trigger investigations, it will be perceived as crying wolf.

"I can't imagine how you could use national security as a guise for imposing illegal tariffs on another country," he said Thursday.

Trump has used that justification several times over the course of imposing tariffs on Canadian steel and aluminum. He has also floated the notion of imposing duties on cars and on Wednesday the U.S. Department of Commerce geared up for the next fight, announcing a Section 232 investigation into imports of uranium.

Part of the justification for the national security investigations comes from the fear that the U.S. would be unable to produce enough steel, aluminum or uranium to fill their needs in the case of a crisis such as a war that could disrupt the flow of imported material.

Canada is the second-largest producer of uranium in the world and a major supplier to the U.S. market.

While MacNaughton conceded there are legitimate security threats from foes of the U.S., he said Canada shouldn't be included in that group.

"Canada doesn't fit in that category."

The national security investigations and tariffs come as Canada, the U.S. and Mexico are working toward a new version of the North American Free Trade Agreement.

Talks have snagged on a few key issues, such as rules for the auto sector and a sunset clause that would see the deal expire after a set period of time.

Canada has said from the start that an expiry date is a non-starter, but MacNaughton said negotiators have been open to a review mechanism. 2 years ago
1:17
David MacNaughton Canada's Ambassador in Washington met with the Premiers today 1:17

Multilateralism has proved to be a difficult subject for Trump, as he's pushed for bilateral deals with Canada and Mexico instead of a three-way deal. That mentality doesn't seem to be going away.

"I think the president has been pretty consistent in his distaste for multilateral deals," MacNaughton said.

In line with the messaging from other Canadian officials, he added that a lot of progress has been made on the negotiations. However, he acknowledged there are still a lot of "contentious issues" and if a middle ground isn't found on the auto sector demands, it could be catastrophic.

MacNaughton spoke to The House before briefing premiers and territorial leaders on Canada-U.S. relations at their annual Council of the Federation meeting in New Brunswick Thursday morning.

As relations between Canada and its largest trading partner break down, MacNaughton said the premiers have played an important role in protecting the country's interests.

Even though there are disagreements between the provinces, he said the premiers seem firmly committed to a Canada-first approach.

"There are going to be areas where we have differences of opinion, but on this one the unity has been terrific," he said. 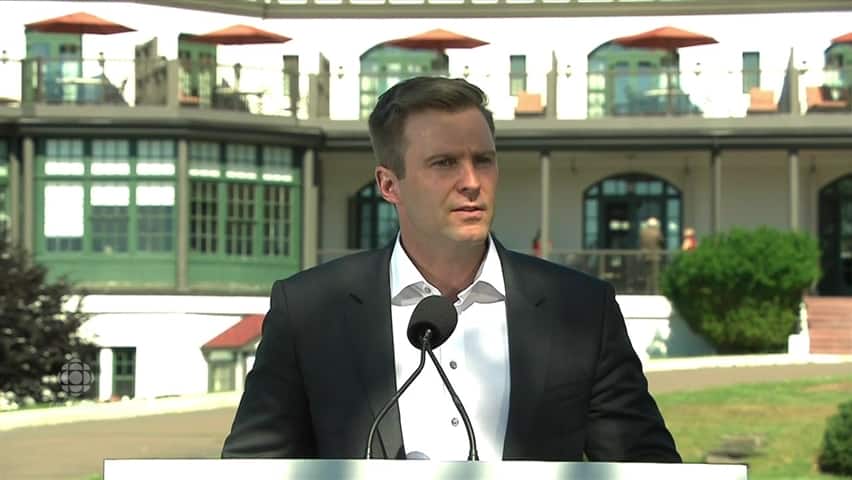