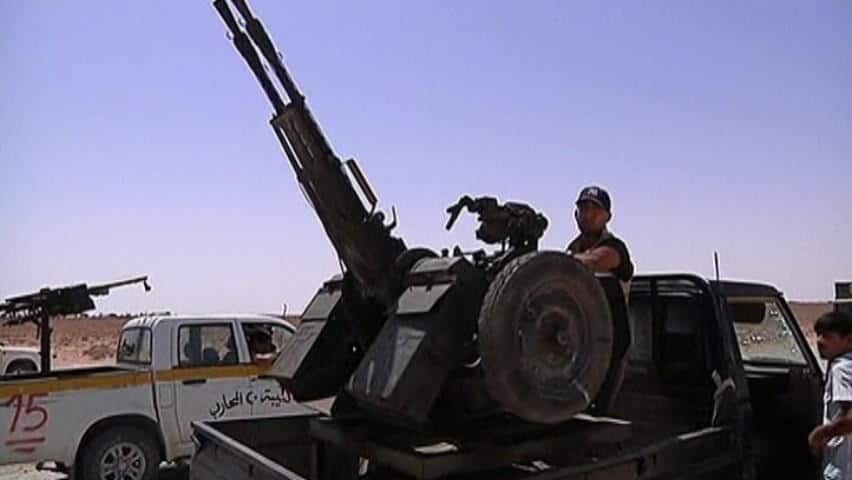 9 years ago
6:12
Interview with Canada's Minister of Foreign Affairs, John Baird after he attended a meeting of the Libyan National Transitional Council in Paris 6:12

Speaking to CBC News from Paris the day after an international meeting on Libya's future, Baird said there are a number of fronts Canada can help with.

One way, he said, "is to ensure that the weapons of mass destruction are safeguarded and don't get into the wrong hands."

"There's significant stockpiles of mustard gas and other chemical weapons that have been secure for a number of years, but we want to make sure they don't fall into the wrong hands," Baird said. "So there's another area where we can help demilitarize a country so hopefully it'll have a peaceful future."

Canada is willing to work with the new Libyan government to promote democracy and the rule of law, write a constitution and train civil society members and police, as well as build capacity, Baird said.

But it's important for the UN to lift its sanctions so the new government can access Libyan assets, he said.

"We pressed hard for that yesterday. Obviously, the new government in Libya has to pay the salaries of police officers. Some of them in Benghazi [the rebel stronghold] haven't been paid in as many as six months," Baird said.

"The school year is starting so they'll have to pay teachers. They'll have to pay for the electricity, for the water systems, all the other public services that are essential to a stable and free society. So we're urging them to do it as expeditiously as possible and putting our weight behind others who are making similar calls."

Canada's military mission is due to end in Libya on Sept. 27. This week, Baird and Prime Minister Stephen Harper hinted it could go on longer, saying the goal of keeping civilians safe isn't done yet and Canada will continue as long as NATO is there.