Prime Minister Justin Trudeau has expelled Jody Wilson-Raybould and Jane Philpott from the Liberal caucus, saying trust with the two former cabinet members has been broken.

Prime Minister Justin Trudeau has expelled Jody Wilson-Raybould and Jane Philpott from the Liberal caucus, saying that trust with the two former cabinet ministers has been irreparably broken.

Trudeau delivered the news to the national Liberal caucus in Ottawa Tuesday night, saying the two could not stay on because they could not express confidence in the caucus.

"The trust that previously existed between these two individuals and our team has been broken, whether it's taping conversations without consent, or repeatedly expressing a lack of confidence in our government or me personally as leader," he said.

"It's become clear that Ms. Wilson-Raybould and Dr. Philpott can no longer remain part of our Liberal team."

Trudeau said he came to power determined to end the Liberal infighting that had dogged the party in the past. He said civil wars damage parties because they make Canadians believe politicians care more about internal party politics than serving the public.

"Our political opponents win when Liberals are divided," he said. "We can't afford to make that mistake. Canadians are counting on us."

Trudeau said it's wrong for any politician to secretly record a conversation, but called it "unconscionable" that an attorney general would tape a conversation with the country's top civil servant — a reference to Wilson-Raybould's release last week of a recording of a phone conversation she had with Clerk of the Privy Council Michael Wernick in December.

This political drama has been unfolding since Feb. 7, when the Globe and Mail reported that Wilson-Raybould had faced inappropriate political pressure on the SNC-Lavalin criminal prosecution decision. Trudeau said Tuesday he approached the issue with "patience and understanding" but eventually concluded the two MPs could not remain in the caucus.

He met with the caucus executive and leadership before informing Wilson-Raybould and Philpott today of his decision.

Liberal MPs gave Trudeau a standing ovation after his remarks turned into a campaign-style speech, and many expressed "absolute support" for the prime minister and his decision. Several also said they were saddened by the way things unfolded and the fact they had lost two colleagues.

Wilson-Raybould tweeted the news before Trudeau addressed the caucus.

"I have just been informed by the prime minister of Canada that I am removed from the Liberal caucus and as the confirmed Vancouver Granville candidate for the Liberal Party of Canada in the 2019 federal election," Wilson-Raybould tweeted.

Later, the B.C. MP said she is reflecting on what Trudeau "has done" and will talk to supporters "about what happens next." She thanked those "who believed in a new way of doing politics." 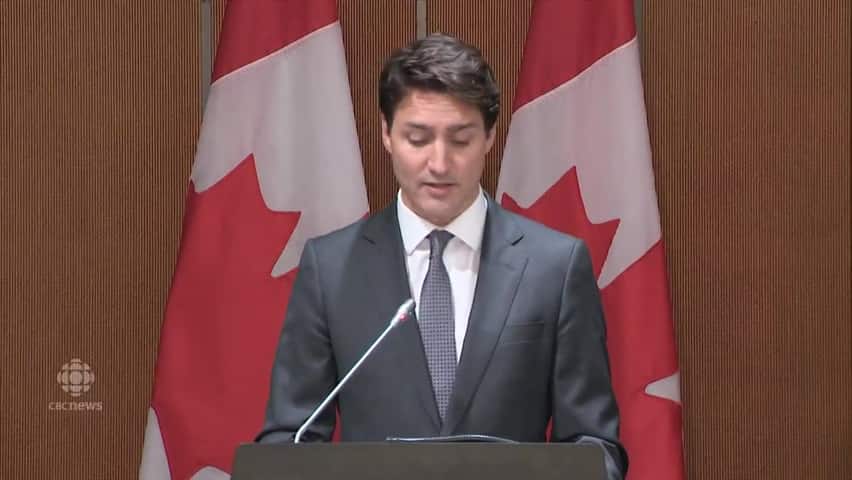 Trudeau throws Wilson-Raybould and Philpott out of Caucus

2 years ago
0:33
Prime Minister Justin Trudeau told Jody Wilson-Raybould and Jane Philpott they can no longer sit as Liberal MPs 0:33

"What I can say is that I hold my head high and that I can look myself in the mirror knowing I did what I was required to do and what needed to be done based on principles and values that must always transcend party," Wilson-Raybould said on Twitter. "I have no regrets. I spoke the truth as I will continue to do."

Philpott, who was considered one of the most respected and competent members of Trudeau's cabinet, said the development was "profoundly disheartening."

"Rather than acknowledge the obvious — that a range of individuals had inappropriately attempted to pressure the former attorney general in relation to a prosecutorial decision — and apologize for what occurred, a decision was made to attempt to deny the obvious — to attack Jody Wilson-Raybould's credibility and attempt to blame her," she wrote in a Facebook post.

Conservative Leader Andrew Scheer said the Liberals have chosen to "condemn colleagues who spoke truth to power and to prop up a prime minister who is drowning in scandal."

"Canadians will view the removal of Jane Philpott and Jody Wilson-Raybould from the Liberal caucus for exactly what it is: a betrayal of justice," Scheer said in a statement. "Elected officials are supposed to protect individuals who blow the whistle on government misconduct and corruption, not punish them."

I have just been informed by the Prime Minister of Canada that I am removed from the Liberal caucus and as the confirmed Vancouver Granville candidate for the Liberal Party of Canada in the 2019 federal election. More to come...

NDP Leader Jagmeet Singh said Wilson-Raybould and Philpott wanted to do politics differently by putting integrity ahead of partisan interests.

"Today, PM Trudeau and the Liberal government showed us exactly what they think about integrity. Thank you Jody for being loyal to Canadians. You deserve better," he tweeted. 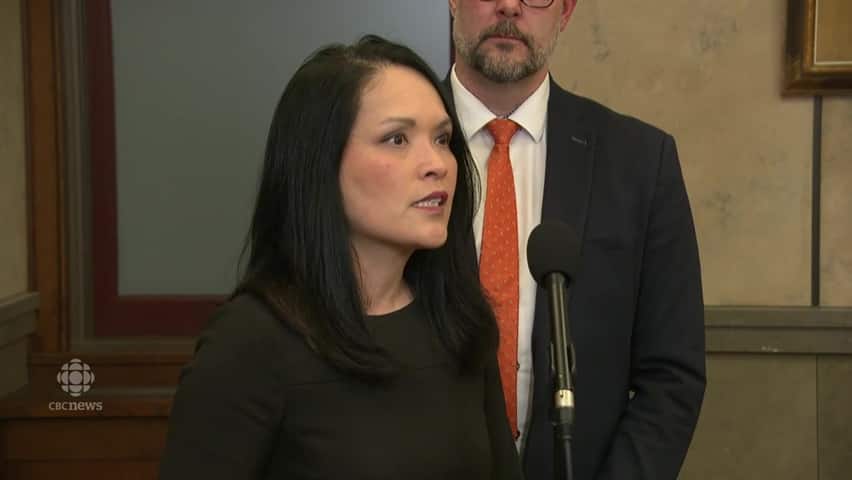 Opposition calls the PM a bully

2 years ago
0:32
Conservative Pierre Polievre and NDP Jenny Kwan give the initial reaction from the Opposition 0:32

Earlier today, Wilson-Raybould wrote a two-page letter to the national caucus, acknowledging many of them are "angry, hurt and frustrated."

"And frankly so am I, and I can only speak for myself," Wilson-Raybould wrote. "I am angry, hurt and frustrated because I feel and believe I was upholding the values that we all committed to. In giving the advice I did, and taking the steps I did, I was trying to help protect the prime minister and the government from a horrible mess."

She also defended her actions on the SNC-Lavalin file.

She said the Liberals promised to break "old and cynical patterns" of centralizing power in the hands of a few unelected staffers and marginalizing backbench MPs.

"If indeed our caucus is to be a microcosm of the country, it is about whether we are a caucus of inclusion or exclusion; of dialogue and searching for understanding or shutting out challenging views and perspectives; and ultimately of the old ways of doing business, or new ones that look to the future."

Earlier Tuesday, Ontario Liberal MPs met to debate whether to kick Wilson-Raybould and Philpott, the former Treasury Board president, out of the caucus. Philpott, who resigned cabinet early last month after saying that she'd lost confidence in the government's handling of the SNC-Lavalin affair, attended the beginning of the meeting, then left, saying she wanted to show respect for her colleagues who were engaged in a sensitive discussion.

Several Liberals have publicly condemned Wilson-Raybould for taping her Dec. 19 conversation with Wernick. The clerk did not know he was being recorded.

The 17-minute audiotape was submitted as evidence to the Commons justice committee Friday.

Last month, Wilson-Raybould appeared before the Commons justice committee to answer questions about a Globe and Mail report citing unnamed sources that alleged she was pushed by senior officials in the Trudeau government to allow Quebec engineering firm SNC-Lavalin to avoid criminal prosecution on fraud and bribery charges by meeting a number of conditions laid out in a remediation agreement.

Once before the committee, Wilson-Raybould told MPs she had been improperly pressured by 11 officials in the Prime Minister's Office to reverse a decision that denied SNC-Lavalin access to such an agreement.

Wilson-Raybould said late Monday that she wanted to remain in the Liberal caucus and saw no reason why she should be expelled.

"I do not believe that I should be removed from caucus for doing my job and for doing what I believe is right," she told reporters as she left the House of Commons.

Liberals on the Commons justice committee used their majority Tuesday to defeat a Conservative motion that would have called Prime Minister Justin Trudeau and several of his top aides to testify on the SNC-Lavalin matter.

Alberta Conservative MP Michael Cooper, who tabled the motion, accused the Liberal members of being "agents of the PM."

"Not surprisingly, but disappointingly once again, the Liberals shot down our motion to hear from all of the key players in the SNC-Lavalin matter," he said.

"It's clear that if we're getting to the truth, we need to hear from all the key players, yet again it's clear they are in control, doing the bidding of the PMO and so they shut that opportunity down."

Liberal MP and committee chair Anthony Housefather said there have been plenty of opportunities for people to put their information forward.

"We agreed to stop oral meetings, but we've accepted submissions that have come in, in writing, to the committee and we've accepted them and make them public," he said.