The federal government's coronavirus response plan includes $500 million for the provinces and territories, additional research funds and a waiver of the one-week wait for employment insurance.

Prime Minister Justin Trudeau has announced a $1-billion package to help Canadians cope with the COVID-19 outbreak, with half of the money going to the provinces and territories.

The announcement came just hours before he World Health Organization (WHO) officially called the global spread of the virus a pandemic.

During a news conference in Ottawa today, Trudeau said the federal government is "pulling out all the stops" to help Canadians through the global health crisis. The package includes $275 million for additional research, such as vaccine development, and $200 million for federal medical supplies, supports for Indigenous communities and education efforts.

The federal government also will waive the one-week waiting period for employment insurance to assist workers and businesses affected by the novel coronavirus, and explore other measures to support affected Canadians, including income supports for those who are not eligible for EI sickness benefits.

"I want all premiers and Canadians to know your government is here for you," Trudeau said. "We will make sure you have everything you need."

Other elements of the COVID-19 response package: 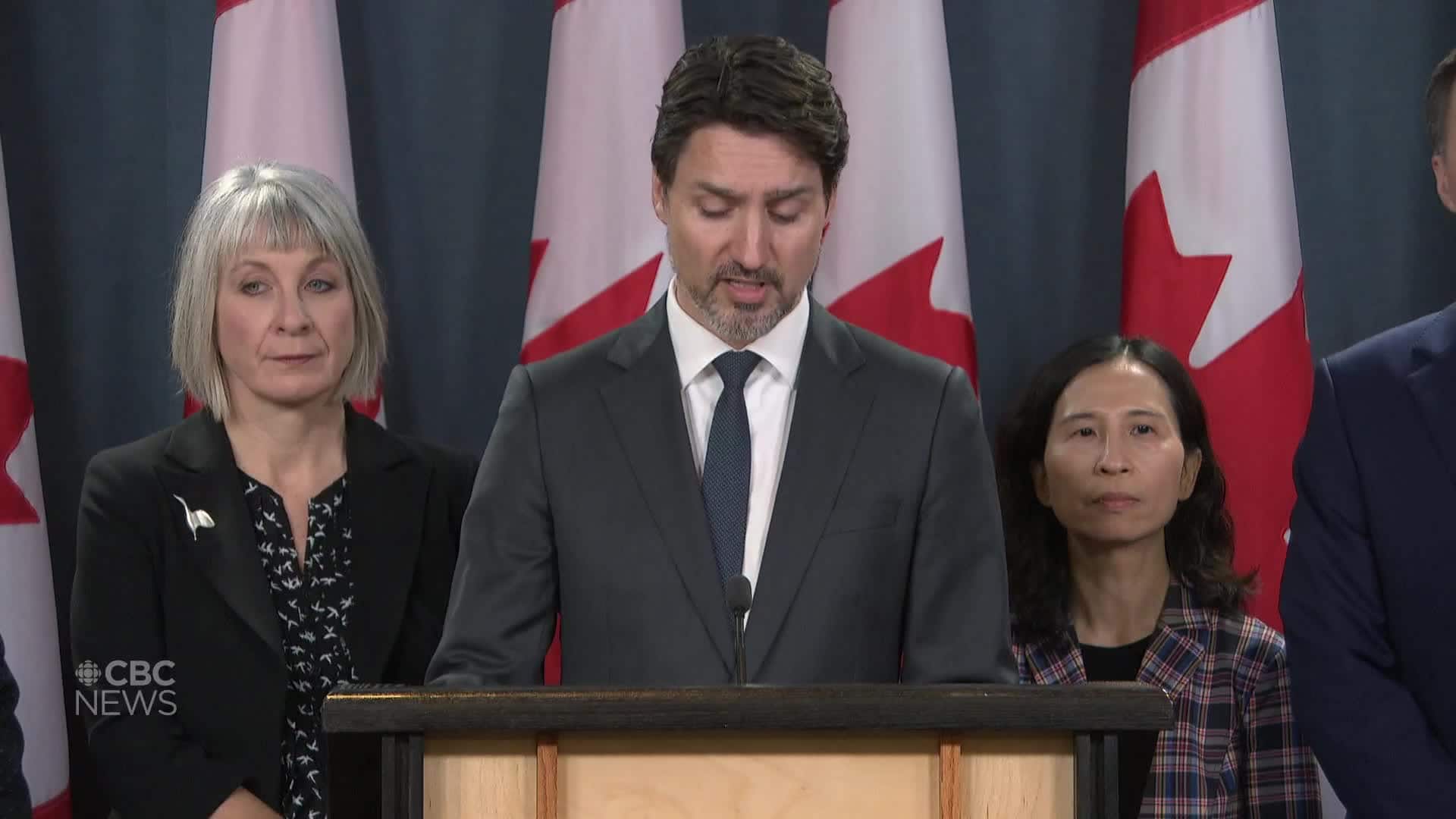 Trudeau announces $1B fund to respond to COVID-19

9 months agoVideo
2:41
Prime Minister Justin Trudeau breaks down the $1-billion fund to help Canadians cope with the spread of COVID-19. 2:41

With more than 100 countries now reporting cases of COVID-19, the WHO labelled the health crisis a pandemic Wednesday and urged countries to prepare and move on plans to find, test, isolate and treat cases.

"Pandemic is not a word to use lightly or carelessly," said WHO director general Tedros Adhanom Ghebreyesus. "It is a word that, if misused, can cause unreasonable fear, or unjustified acceptance that the fight is over, leading to unnecessary suffering and death."

In late January, the WHO labelled the outbreak that first emerged in Wuhan, China a global health emergency of international concern.

Health Minister Patty Hajdu said that because Canada's response to COVID-19 has been based on science and evidence from the beginning, the WHO's pandemic announcement won't change the way the federal government approaches the outbreak.

Asked what percentage of the population could be affected by the virus, Hajdu pointed to the potential rates of infection for all populations, which experts have pegged at between 30 to 70 per cent. She said that most people who get the virus will experience only mild symptoms, similar to a cold or flu, and that it's the elderly or people with underlying health conditions who face the greatest risk. 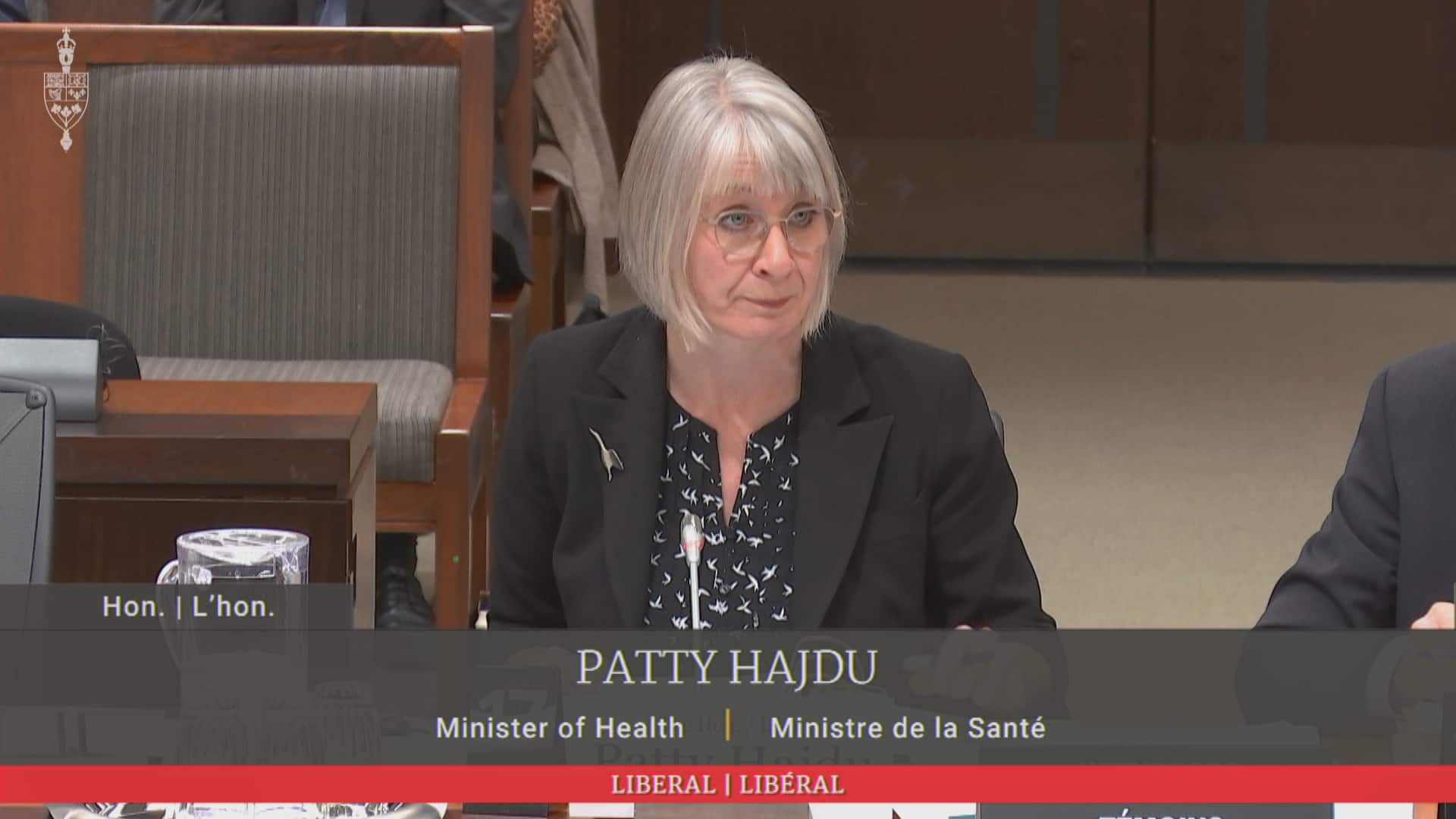 "Those are the folks that are most severely affected by this illness. And so the work that we're doing as Canadians is not so much that it's lethal to the average healthy Canadian, but rather that they can then be a vector of infection to a very vulnerable person," she said.

German Chancellor Angela Merkel said today that up to two-thirds of her country's population could become infected with the coronavirus.

During a health committee appearance later Wednesday, Hajdu offered more details on preparations underway to deal with a growing number of cases.

She said the funding being provided to provinces will allow them to rapidly acquire crucial equipment such as respirators, and that the government is exploring options to procure additional hospital beds in the event a "severe surge" in cases overwhelms the system.

Hajdu said she's also talking to Defence Minister Harjit Sajjan about how the military might help to respond to a community outbreak.

"They've already been very active in the repatriation process, and without hesitation, I will say," she said.

"They are incredible professionals that work for us at (Canadian Armed Forces) who have a variety of different expertise and levels of engagement in terms of health ... (along with) other allied professionals that we can rapidly deploy should we need to. And those conversations are ongoing." 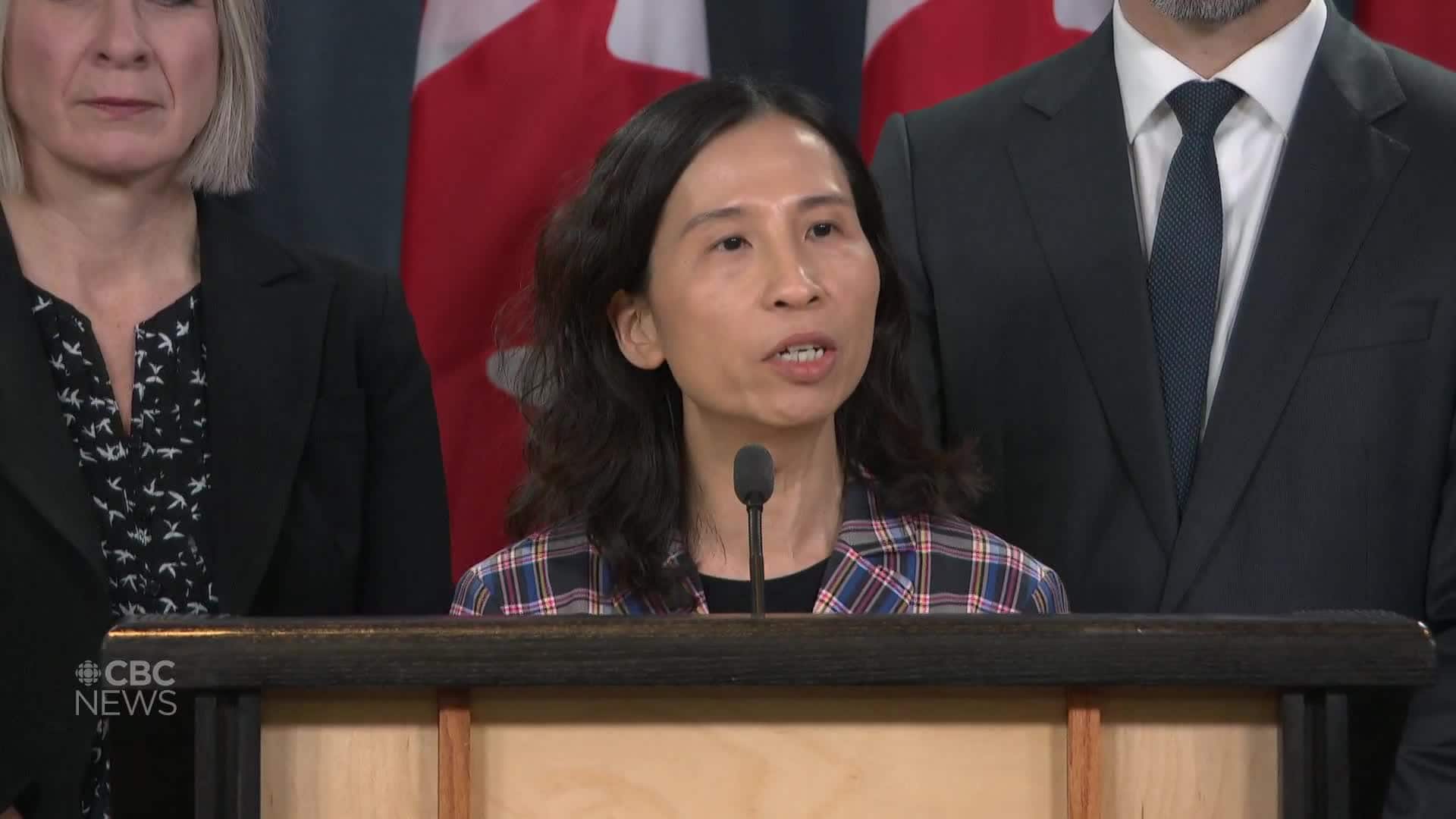 'Everyone actually can change the dynamic of the curve'

9 months agoVideo
2:08
Canada's Chief Public Health Officer Theresa Tam said federal and provincial health authorities are preparing for a 'range of scenarios,' but that Canadians can take steps to slow the spread of COVID-19. 2:08

Calling the measures Canada announced today "significant," Trudeau said the government is ready to do more "as the situation warrants it."

'We will be there for them'

"The message we have for Canadians and for Canadian businesses is that we will be there for them," he said.

Canada's Chief Public Health Officer Theresa Tam said federal and provincial health authorities are preparing for a "range of scenarios" but declined to predict how much of the population could be affected.

She said it's up to Canadians to keep each other safe — particularly those who may be more vulnerable, such as the elderly or those with underlying health conditions.

"That epidemic curve, and the number of people who get seriously ill and go into your health system, depends on all of us to protect those who may get more severe illness," Tam said.

As of early Wednesday morning, Canada has 101 reported cases of COVID-19:

Ontario officials reported five of those cases are now resolved, which they said means the individuals are "no longer infectious based on two consecutive negative tests." B.C. says four of its cases are resolved.

The Public Health Agency of Canada's website says the risk to Canadians remains low for the general population — but that "could change rapidly." It says there is an increased risk of more severe outcomes for Canadians who are aged 65 or older or have compromised immune systems.

"While a COVID-19 outbreak is not unexpected in Canada, our public health system is prepared to respond. PHAC, along with provincial, territorial and community partners, continues to reassess the public health risk, based on the best available evidence as the situation evolves," the PHAC website reads.

But he said the government must do more to train, equip and protect border officials on the front lines where travellers are entering Canada.

"This is completely absent from the government's plan," he said.

Business groups praised the package announced today, but cautioned that more measures could be needed as the global health crisis unfolds.

Goldy Hyder, president and CEO of the Business Council of Canada, called it a "responsible and targeted package of measures to protect Canadians from COVID-19 and to address the economic consequences of the current health emergency."

"More may be required going forward, but at this point it makes sense to hold off on major economic stimulus measures until the extent of the impact is better understood," Hyder said in a press statement, adding that infrastructure projects such as the Trans Mountain and Coastal GasLink pipeline projects are needed "now more than ever."

The Canadian Chamber of Commerce called the COVID-19 response plan "a positive and pragmatic approach."

Dan Kelly, president of the Canadian Federation of Independent Business, said more steps are required to support small businesses, such as a waiver of penalties and interest for late payments of sales tax and workers' compensation premiums.

Labour Minister Filomena Tassi said Tuesday the federal government doesn't want workers to be forced to go to work when they're not feeling well.

The research funding in the package unveiled Wednesday is over and above the $27 million announced in Montreal last week.

Ottawa is also leading a pan-Canadian effort to bulk-buy certain medical devices, and the federal government says it will be ready to support provinces needing further assistance to shore up their health-care systems as the number of confirmed cases rises.

Beyond Wednesday's announcement, Duclos said Ottawa will spend more to help people "go through the crisis" and help "workers, families and businesses thrive and sustain themselves."

While the debt-to-GDP ratio has been falling in recent years, Ottawa is running a federal budget deficit of $26.6 billion for the 2019-20 fiscal year.

Stock markets have cratered and the price of oil has dropped to levels not seen in years, in part due to the global panic over the spread of COVID-19. Italy, the world's ninth-largest economy, has locked down travel within the country to slow the spread of the virus.

With files from the CBC's John Paul Tasker, Chris Hall and David Cochrane