The Liberal government continued to defend Canada's sale of light-armoured vehicles to Saudi Arabia, just as a new report highlighting the U.S government's concerns with widespread human rights violations in the kingdom was released this week.

Canada is applying a 'double standard' when it comes to human rights, Amnesty International says 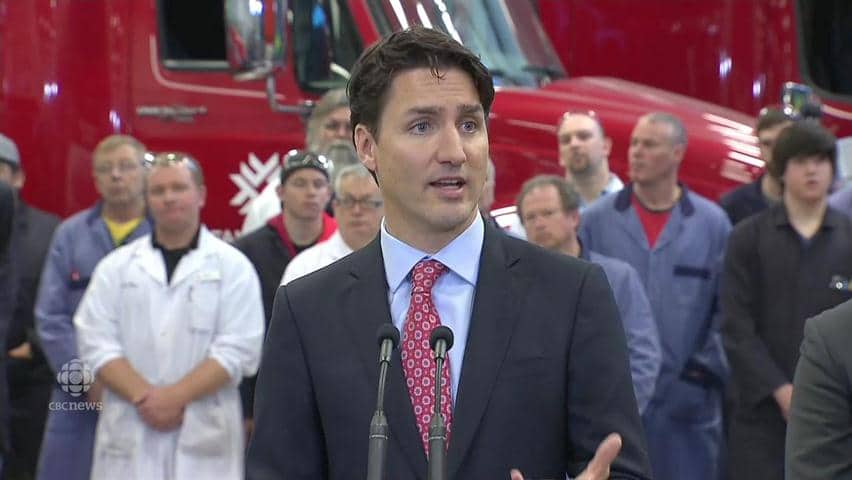 5 years ago
3:01
Prime Minister tells London audience that a signed contract is something Canada must honour 3:01

The Liberal government continued to defend Canada's $15-billion sale of light-armoured vehicles to Saudi Arabia as "a matter of principle," just as a new report highlighting the U.S government's concerns with widespread human rights violations in the kingdom was released this week.

"Fundamentally, this issue is a matter of principle," said Prime Minister Justin Trudeau from London, Ont., steps away from the company supplying the LAVs to Saudi Arabia. "The principle at play here is that Canada's word needs to mean something in the international community."

Trudeau maintained his government would respect the contract even if it was signed in 2014 under Stephen Harper's Conservatives.

However, a new report highlighting the U.S government's concerns with human rights violations in Saudi Arabia could give critics of the contract more ammunition to put pressure on Canada to cancel it.

Lack of 'transparency' in the kingdom

The U.S. State Department earlier this week released reports reviewing the human rights practices in nearly every country on the continent.

"The most widespread and dramatic violations in 2015 were those in the Middle East, where the confluence of terrorism and the Syrian conflict caused enormous suffering," said U.S. Secretary of State John Kerry during a news conference in Washington, D.C., on Wednesday.

The U.S. country report on Saudi Arabia noted that women were allowed to vote and run as candidates for the first time in 2015, but the 52-page report was filled with examples of dramatic human rights violations.

"The most important human rights problems reported included citizens' lack of the ability and legal means to choose their government, restrictions on universal rights — such as freedom of expression, including on the internet, and the freedoms of assembly, association, movement and religion — and pervasive gender discrimination and lack of equal rights that affected all aspects of women's lives," the report said.

"Lack of governmental transparency and access made it difficult to assess the magnitude of many reported human rights problems," said the 2015 human rights report on Saudi Arabia published by the U.S. State Department.

Badawi was found guilty of insulting Islam on his blog and received 50 lashes after Saudi authorities sentenced him in 2014 to 10 years in prison and 1,000 lashes.

"As of year's end, Badawi remained in Burayman Prison in Jeddah; authorities had not yet carried out the remainder of the lashing sentence," the U.S. 2015 human rights report said.

Foreign Affairs Minister Stéphane Dion said last December he raised "Canada's concerns with the state of human rights in the kingdom," including the case of Badawi, during a face-to-face meeting in Ottawa with his Saudi counterpart.

"Other human rights problems reported," according to the U.S. country report, "included a lack of equal rights for children and noncitizen workers, abuses of detainees, overcrowding in prisons and detention centres, a lack of judicial independence."

The U.S. report also made note of the air and ground operations conducted by the Saudi-led coalition to counter the Houthi rebellion in Yemen, as well as reports by human rights groups of multiple civilian deaths.

"Human Rights Watch reported that 13 people total were killed, including three children, in seven rocket attacks from April to mid-July in Hajja Province," the report said.

But the country report did not give any evidence that Canadian weaponry was used in the conflict — a crucial detail given that Canadian law forbids selling arms to regimes that are likely to use them against civilians.

The U.S. report was released on the same day as Dion held a news conference in Ottawa where he reiterated his government's position on the controversial Saudi deal.

"As you have seen, all the assessments that have been made up to today, since 1993, is that the equipment has been properly used," Dion said in Ottawa on Wednesday. 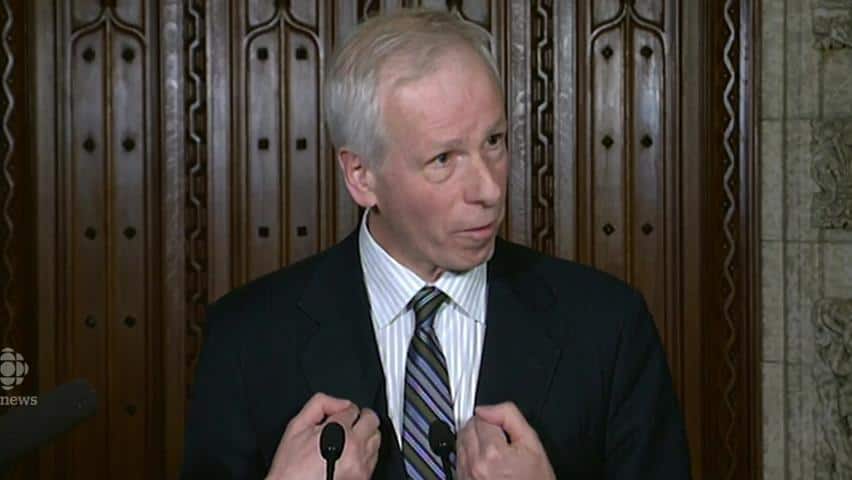 5 years ago
2:01
Foreign Affairs Minister defends the government's decision to go ahead with the sale of light armoured vehicles to Saudi Arabia. 2:01

On Thursday, Amnesty International called out Canadian officials on the apparent conflict.

"Canada must stop applying a double standard and ensure that its action matches its words when it comes to human rights violations in countries with which it wishes to maintain economic relationships," spokesman John Tackaberry said in a written statement.

"Saudi Arabia has an alarming record when it comes to human rights, one that affects the lives of thousands of people, including prisoners of conscience in Saudi Arabia and civilians in Yemen," he said. "To supply arms to Saudi Arabia with full knowledge of this record is to risk being an accomplice to these violations."

Speaking from London, Ont., Trudeau said it's possible to engage countries diplomatically and at the same time speak out on human rights

"We have a very, very nuanced and robust engagement with the world," Trudeau said on Thursday.

"We will always understand that creating economic opportunities here in Canada and for people around the world, particularly in difficult areas, is something that needs to go hand in hand with standing up loudly and clearly to defend human rights and promote Canadian values and solutions around the world."