The Liberal government hopes to tighten Canada's firearms law with changes to the background check system and new mandatory record-keeping practices for vendors.

The Liberal government hopes to tighten Canada's firearms law with changes to the background check system and new mandatory record-keeping practices for vendors.

Those checks will now demand the RCMP examine a person's entire life history for potential red flags. The current standard assesses only the previous five years.

The RCMP completes an extensive background check — which takes into account criminal, mental health, addiction and domestic violence records — before authorizing a person for a Possession and Acquisition Licence (PAL).

Once a licence has been issued, background checks then run through an ongoing process called "continuous eligibility," which includes daily searches of police and court databases to see if a license holder has become a public safety risk.

It's a criminal offence to knowingly sell a firearm to anyone who is not licensed by the RCMP's firearms program.

Goodale is also proposing changes to how vendors document the sale of firearms. If the bill passes, retailers would be required to maintain adequate records of all inventories and sales.

The records will be owned and maintained by the retailers themselves, and will only be accessible to police if they obtain a warrant. Many retailers, including the country's major sporting goods stores, already track sales of firearms. The legislation will require that these records be kept for a 20-year period.

Mandatory record-keeping was done away with when the former Harper government made sweeping changes to the country's firearms regulations in 2012.

"It's not an onerous burden and it's one the vast majority of retailers already do because it's good business," Goodale told reporters Tuesday.

Private individual sellers will not be required to keep such records — a loophole gun control advocates maintain can be exploited by criminal elements looking to procure firearms. 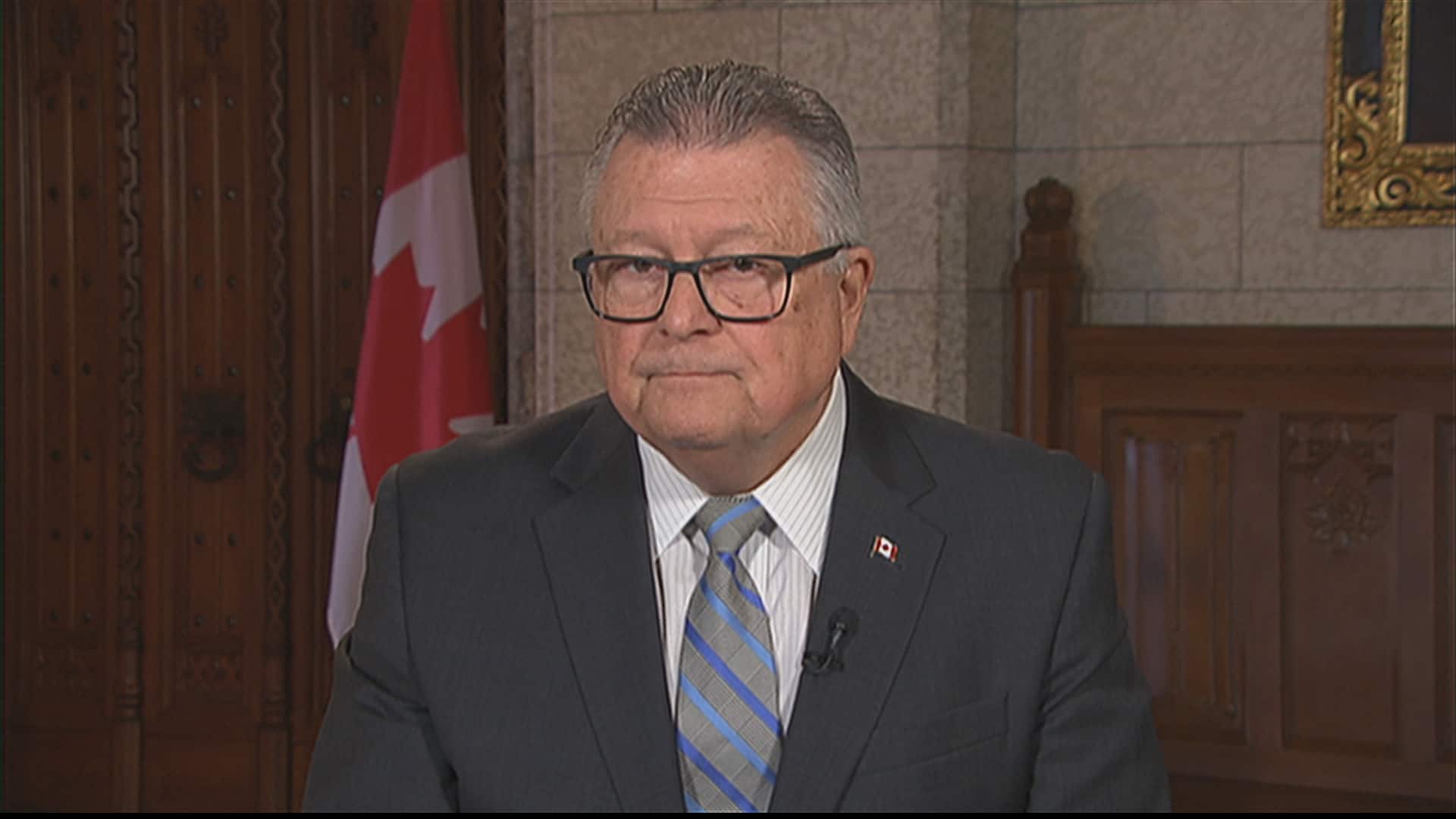 'It is simply not a federal long gun registry. Full stop. Period.'

"Where are the controls on store inventories? Proposed controls on sales are weaker than what existed since the 70s, when police did not require judicial authority to consult them," Heidi Rathjen, a spokesperson for the gun control group Poly Remembers, said Tuesday.

"Even in the United States, commercial gun dealers are required to record gun sales and those records are readily available to the authorities. An effective measure would take into account all gun transfers, not just commercial ones."

In the United States — where the gun control debate intensified recently after a series of mass shootings — federal law requires that records be kept on every gun sale through federally licensed firearms dealers. The Bureau of Alcohol, Tobacco, Firearms and Explosives (ATF) can then conduct an inspection each year, ensuring the records are complete and the inventory is correct.

Long-gun registry by another name

Gun rights advocates, meanwhile, maintain the mandatory record-keeping provision for retailers will simply lead to the establishment of a long-gun registry by another name.

"It looks like we are returning to universal registration in Canada again. The long-gun registry is back," Blair Hagen, the vice-president of ‎Canada's National Firearms Association, said in an interview with CBC News. "The government has just reignited the firearms issue in Canada again."

As promised during the last election campaign, the Liberals will not revive the previous long-gun registry. 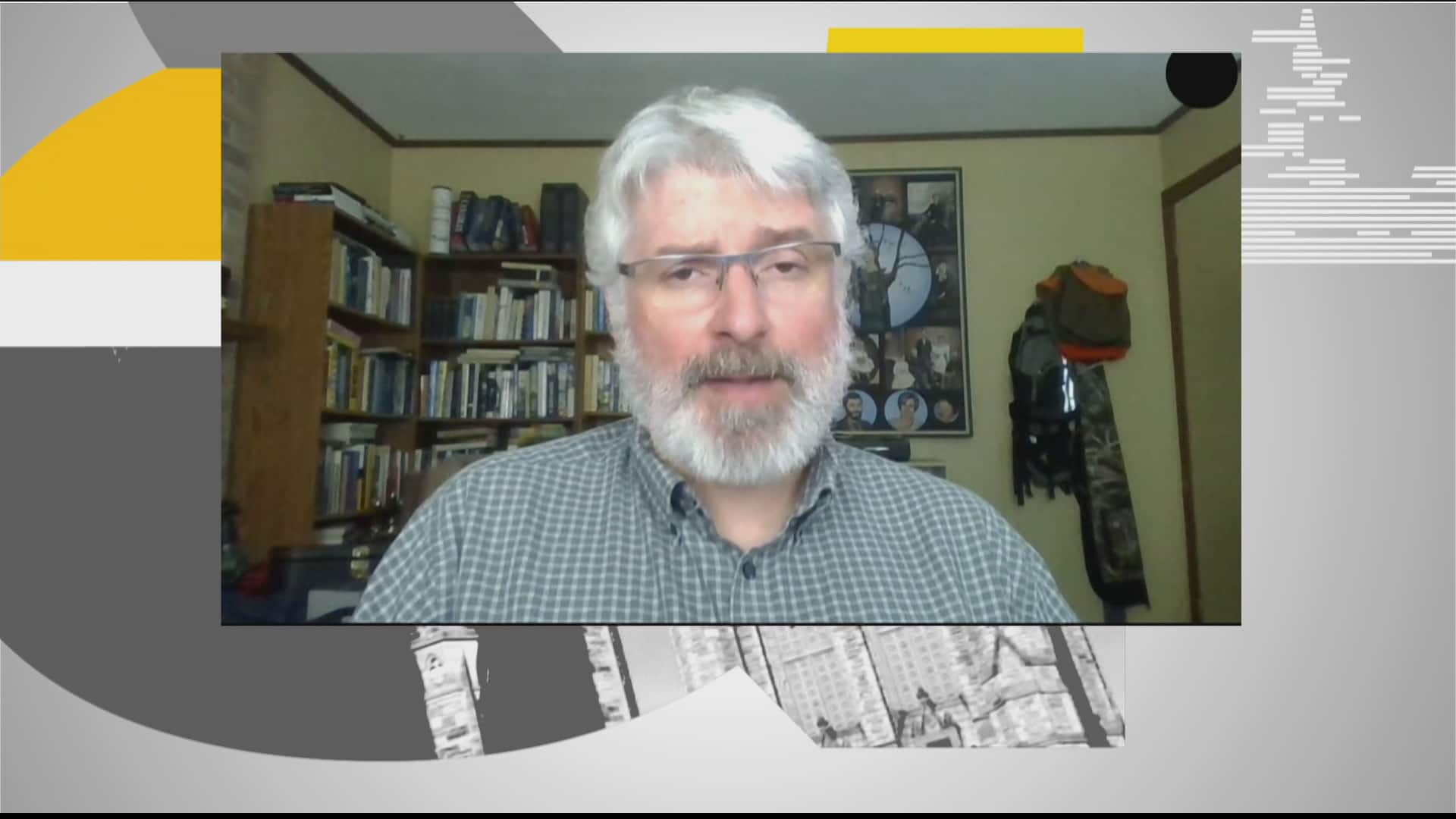 3 years agoVideo
5:04
A.J. Somerset, Author of Arms: The Culture and Credo of the Gun, gives his take on the government’s new gun control legislation and the concerns that some provisions may lead to a "backdoor gun registry." 5:04

"I've watched this issue for forty years. There will be people who argue strenuously that what we're doing today is not nearly enough and there will be those who will argue exactly the opposite," he said.

"We believe we have a sensible, practical package that advances public safety, assists police in trying to keep people safe, and is respectful and fair in dealing with law-abiding firearms and owners and businesses. We're hopeful this will reflect a consensus view ... This is not a registry, and it is in no way a registry."

The government believes the restoration of these record-tracking practices — they were first introduced in the 1970s — will give police another tool to track the ownership of firearms used in crimes.

Police will be able to determine who exactly was the last licensed firearms owner to purchase a particular gun.

While the government will take a hands-off approach to the maintenance of these records, a gun seller will have to prove they have a tracking system in place to ensure their business license is in good standing.

The Liberals are also proposing a return to a system which entrusts the RCMP with classifying firearms under three categories: non-restricted, restricted and prohibited — a departure from the Harper-era rule which gave cabinet the power to override such a decision.

To that end, two types of firearms — the Ceska Zbrojovka CZ-858 rifle and certain Swiss Arms firearms — will be classified as "prohibited."

The government estimates there are roughly 700 of these firearms currently in circulation. The government plans to introduce an as-yet unspecified amnesty period for owners to comply with grandfathering requirements.

The government is also proposing amendments to regulations on the transportation of restricted and prohibited firearms, such as handguns.

Under the new law, owners of restricted or prohibited firearms will need to obtain separate Authorization to Transport (ATT) documents every time they wish to take their guns anywhere other than a shooting club or a range — to a gunsmith or a gun show, for example. Under the Harper-era rules, ATT clearance for six specific purposes was included automatically with every firearms licence.

Currently, ATTs are not required for non-restricted firearms such as rifles or shotguns. That part of the law will not change.

Goodale has already earmarked more than $327 million over five years, and $100 million a year thereafter, to address criminal gun and gang activities.

Goodale said four other matters will be addressed at a later date following consultation with the provinces and territories:

With files from the CBC's Tom Parry