Prime Minister Justin Trudeau is meeting with incoming and outgoing Liberal MPs in Ottawa today to talk about approaches to the issue of climate change on one hand — and to growing tensions over the stalled western energy economy on the other.

Prime Minister Justin Trudeau is meeting with incoming and outgoing Liberal MPs in Ottawa today to talk about approaches to the issue of climate change on one hand — and to growing tensions over the stalled western energy economy on the other.

Making his way into the informal meeting in Ottawa Thursday afternoon, Trudeau said giving Alberta and Saskatchewan a voice after a Liberal electoral shut-out is a "significant" matter for him.

"I've been reaching out to premiers, to mayors, to business leaders, to colleagues and former colleagues," he said. "There's a lot of work to do to make sure that we're governing for the entire country." 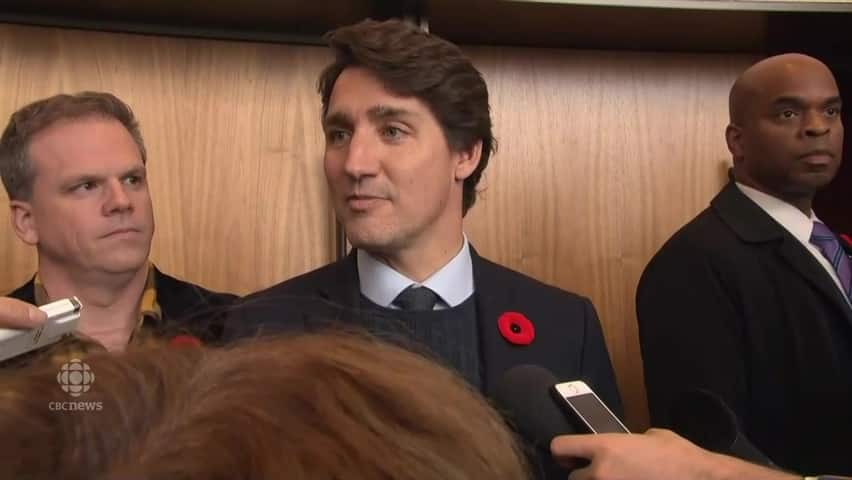 Trudeau discusses how he will govern all regions of Canada

1 year agoVideo
2:27
Prime Minister Justin Trudeau says it is his plan to lead his party into the next election and that he has a message of gratitude to the MPs that lost their seat in the election. 2:27

Trudeau described today's meeting as an opportunity to reflect on what they heard from Canadians during the 40-day election campaign, and to discuss how to respond to those concerns going forward. He said it's also a chance to talk about how defeated MPs can play a continued role, and to express gratitude for their past efforts.

Liberal MPs, old and new, gathered in Ottawa today to talk about the next steps we’ll take. There’s lots of work ahead of us, and we’re ready to keep listening to Canadians and working hard for you. <a href="https://t.co/WfDRDtX89M">pic.twitter.com/WfDRDtX89M</a>

Trudeau's Liberals went from third-party status to a landslide majority in 2015. This time, the party was reduced to a minority, with 157 seats.

Two top cabinet ministers were defeated on Oct. 21. Saskatchewan's Ralph Goodale and Alberta's Amarjeet Sohi were voted out in the two-province shut-out — a damning indictment of the Liberals' response to growing economic uncertainty in the region.

Goodale said Trudeau is now examining every procedural and structural option for dealing with the lack of Liberal MPs in the region, but added the more important task is addressing the underlying roots of western discontent. 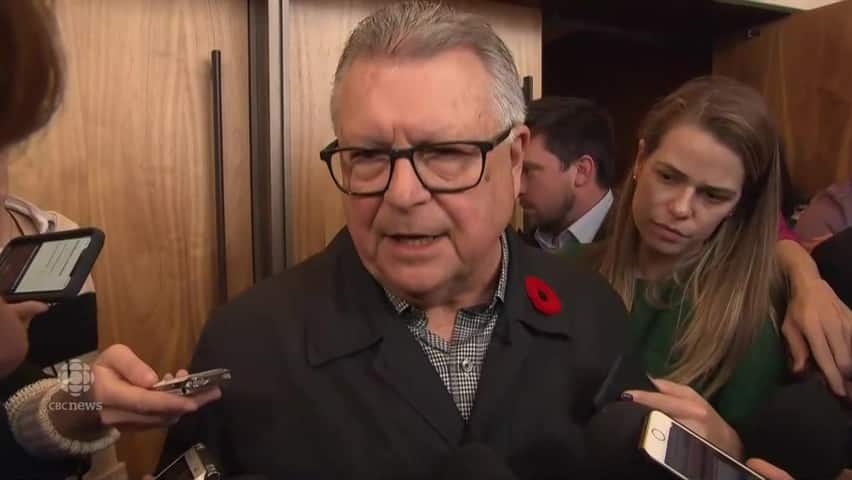 Ralph Goodale on Western alienation and his future

1 year agoVideo
1:58
Former cabinet minister Ralph Goodale reflects on the challenge of satisfying the oil patch and climate change campaigners at the same time as he prepares to enter private life. 1:58

"The more critical thing is the substantive issue of understanding, clearly and deeply, what the issues were and are that are deepest concerns to western Canadians, and to make sure those issues are addressed in a conscientious way that builds Canadian unity," he said.

Goodale said it's crucial for the government to offer reassurance to those worried about economic security so they can "enjoy and celebrate (prosperity) just like everyone else across the country."

A challenging 'circle to square'

The outgoing minister acknowledged that pushing ahead with a robust climate change agenda will be challenging in the face of mounting frustrations in the West over the carbon tax and the lack of adequate oil pipeline capacity to the coast. 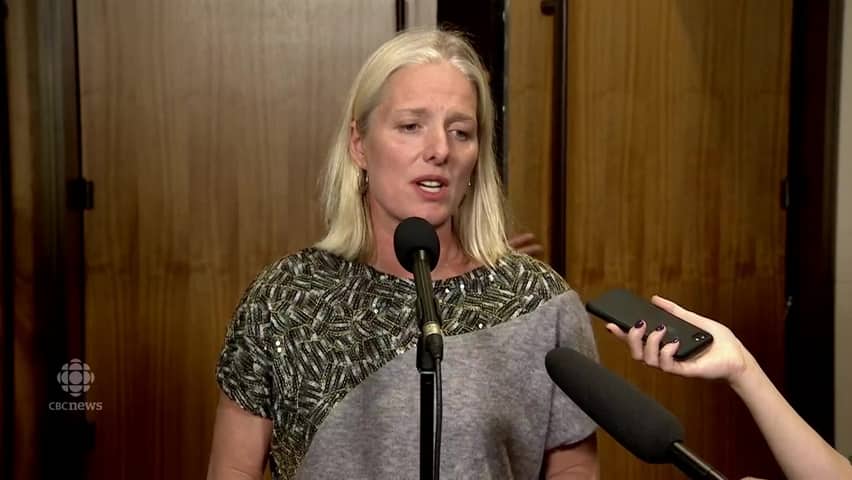 Catherine McKenna on whether she will stay in her job.

After the meeting, Catherine McKenna, who held the environment minister when the election started, said finding that balance is possible if the country comes together.

"When we talk about the environment and the economy going together, we actually mean it. Of course we need to figure out how to bring the country together. There is no bigger issue than national unity. But we also need to tackle climate change and we can do this," she said.

Returning Liberal MP François-Philippe Champagne said Canadians sent the Liberals a "message of humility" and they heard it loud and clear.

"We're not here boasting. We're here humble. We're here listening, we're here making sure that we plan the future together," he said. 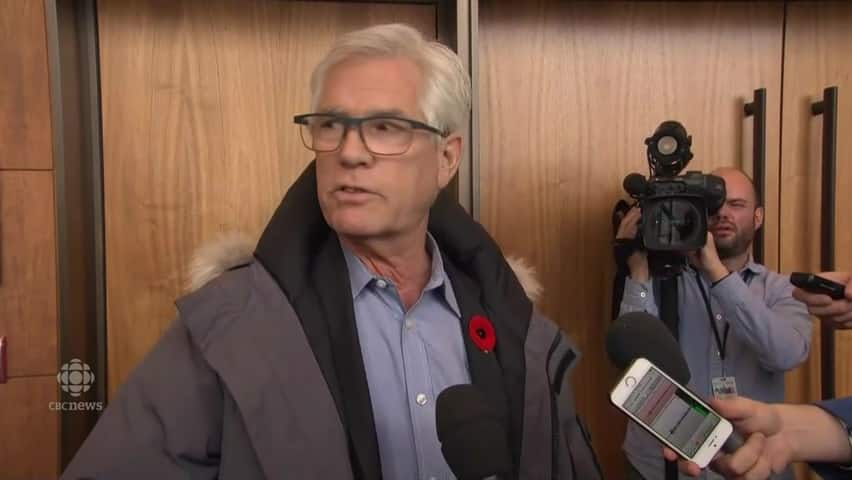 Jim Carr talks about his health and getting back to work

1 year agoVideo
0:57
Jim Carr, who served as a cabinet minister in the last Parliament, talks about his health and his recent cancer diagnosis. 0:57

Another minister, Jim Carr — who was recently diagnosed with blood cancer — said the message he heard repeatedly at the doorsteps during the campaign is that Canadians are seeking unity in the country.

"There isn't much of an appetite for division, and for division politics. People are searching for common ground and that's a very important message," he said. "We can have our disputes and we ... are robust in the way we articulate those disputes. But there is a time for a nation to come together, and that time is now."

Marc Garneau, the transport minister when the election began, said the reunion with outgoing MPs was an emotional one.

"It's not easy to be a politician. And when you put your heart and soul into something and it doesn't work out, it's not easy to take," he said. "But they were all very, very proud. 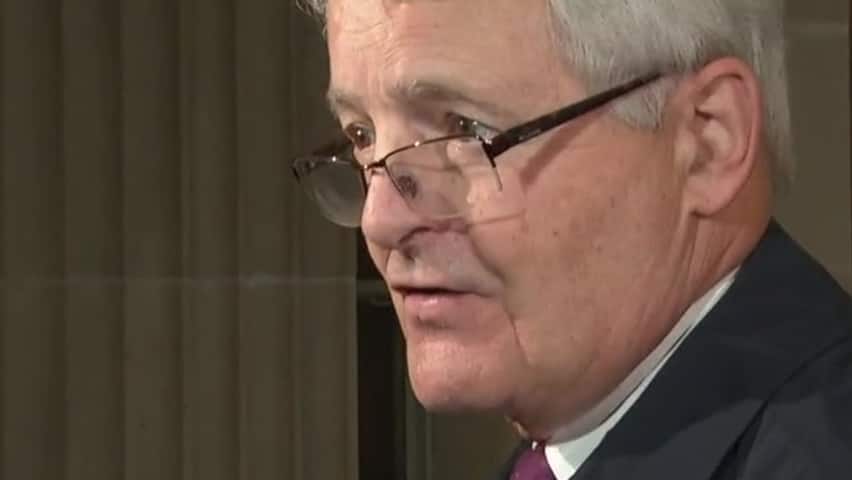 Marc Garneau on the emotional farewell to failed candidates.

1 year agoVideo
1:09
'It's not easy to be a politician, and when you put your heart and soul into something and it doesn’t work out it's not easy to take, but they were all very, very proud.' 1:09

As McKenna left the meeting, she was asked if she expects to remain in the environment portfolio. She said that she serves at the pleasure of the prime minister and will do "whatever is required."

"Climate change is not a one-portfolio issue. It's everything. It's the economy, it's transportation ... It's how we build our houses, it's reconciliation with Indigenous peoples," she said.

"I am happy to do whatever I am asked. It is a real honour and privilege to be in this job."

Trudeau will swear in his new cabinet on Nov. 20. He will set the date for the new Parliament to begin after meeting with opposition leaders next week.