An eagle-eyed senator discovered this morning that the House of Commons adopted a bill yesterday that was incomplete, setting off a flurry of activity as Parliament tries to make the fix before it rises for a six week Christmas break. 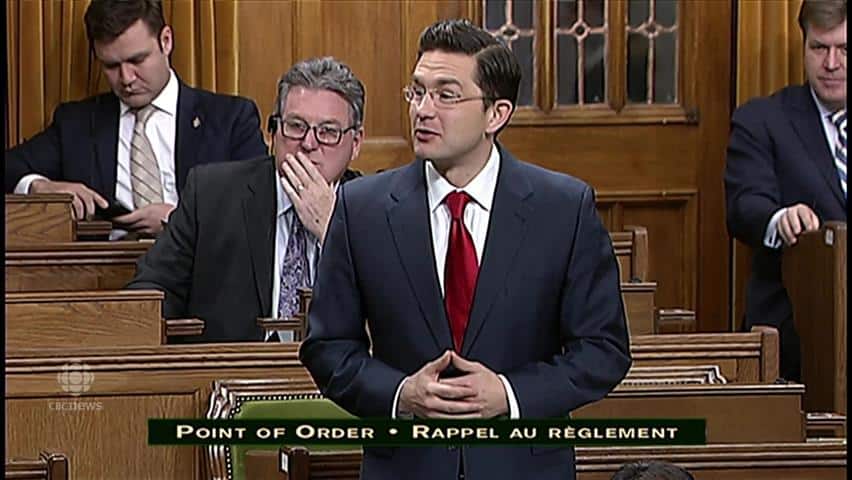 Pierre Poilievre: 'We did not actually grant Her Majesty certain sums of money'

5 years ago
1:32
Conservative MP lectures Liberal government on how to pass a bill after snafu on tax change bill 1:32

For Canadians who think of the Senate as a sleepy old place where nothing gets done, today might change their minds.

This morning, an eagle-eyed senator discovered that the House of Commons passed a key money bill yesterday that was deeply flawed.

That set off a flurry of activity as Parliament set about trying to make a fix before it rises for a six-week Christmas break.

Senator Joe Day was looking through bill C-3, a necessary supply bill to ensure the government can spend money, when he noticed it was missing the essential schedules. Those tables of numbers specifically set out how much the government is spending and on what.

Without those schedules, the money would not have been able to flow.

Liberals reminded of the Magna Carta

Conservative MP Pierre Poilievre raised the matter as a point of order this morning in the House of Commons.

"It would appear that we did not actually grant Her Majesty certain sums of money for the federal public administration for the financial year ending March 31, 2016, because the bill was not in fact presented in its complete form, having excluded the schedule which provides for the authorization that the House must actually give."

Poilievre reminded his fellow MPs that just yesterday "as is our practice," he asked Treasury Board President Scott Brison whether the bill "was in its usual form." Brison replied that it was.

Barely suppressing his glee, Poilievre mentioned how the Magna Carta clearly sets out that the Crown "cannot spend what the people do not approve through their elected representatives in the Commons."

Kevin Lamoureux, parliamentary secretary for Government House Leader Dominic LeBlanc, conceded there was what he called an administrative error in the bill put before the house.

"I ask the honourable members of the House for their understanding in this matter and I sincerely apologize for the error and any confusion that this has caused this House and staff."

The corrected version of the bill arrived in the Senate before midday, and was granted royal assent this afternoon.