Defence lawyers are sounding the alarm about sweeping changes to the criminal justice system unveiled Thursday by the Liberal government, warning the proposals will further stack the deck against those accused of a crime while doing little to meaningfully promote a more equitable justice system.

Defence lawyers are sounding the alarm about sweeping changes to the criminal justice system unveiled Thursday by the Liberal government, warning the proposals will further stack the deck against those accused of a crime while doing little to promote a more equitable justice system.

Bill C-75, introduced Thursday by Justice Minister Jody Wilson-Raybould, will remove sections of the Criminal Code that allow for peremptory challenges — which allow lawyers to remove a potential juror without giving reasons — in an effort to reform jury selection so the panels are "more representative of the Canadian population."

Some defence lawyers tell CBC News they actually use these challenges to make juries more diverse — by challenging some would-be white jurors — to ensure a fairer trial for visible minority clients.

The government is arguing the reverse, saying that ending peremptory challenges will prevent Crown attorneys and defence lawyers alike from barring minority candidates from juries.

Some believe that's what happened in the Colten Boushie trial — that Indigenous jurors were weeded out to better the odds of a not-guilty verdict for Gerald Stanley, the white farmer accused of Boushie's murder. Stanley was found not guilty of second-degree murder in the death of 22-year-old Indigenous man.

"This one case is going to strip away peremptory challenges, and it's only because of the [Boushie] backlash, which should tell you how crassly political this whole bill is," Solomon Friedman, a prominent Ottawa-based defence lawyer, said in an interview with CBC News.

"The fact that this bill was pushed out in the afternoon before a long weekend, when Parliament is going to rise for two weeks, tells you how ashamed the government really is of this bill."

"The great irony of all this is it's in response to Colten Boushie, where the complaint is that the jury wasn't representative enough," Friedman said. "But I can tell you this, when I have an accused person who is Indigenous, if I have a young black man, I want a juror that looks like my client, that has had similar life experiences.

"I use peremptory challenges to get a more diverse and representative jury, to see if I can get racialized individuals on the jury. That is now gone. We cannot do that now."

Friedman said that during his last homicide trial, the Crown dismissed every young black man with a peremptory challenge. "Every one — and our clients were all racialized. I find the Crowns are using their challenges to keep off minorities or Indigenous individuals. I'm trying to use them to keep them on the jury."

The Ontario Crown Attorneys Association did not respond to a request for comment on the proposed reforms.

Move made in haste

Friedman said the move to eliminate these challenges was made in haste. He said it was irresponsible for the minister to say she's not yet prepared to move on eliminating mandatory minimum sentences for some offences — because she hasn't had enough time to examine the issue, despite 18 months of consultation — when the Boushie case wrapped just a month ago.

He said if the government is serious about bolstering Indigenous representation on juries it ought to spend money on advertising targeted at Indigenous communities, to encourage people to actually respond to their jury summons and show up for jury selection.

"When you have 100 people lined up, potential jurors, only a very small percentage, a disproportionately small number, are people of colour," he said. "We will often use preemptive challenges to excuse white jurors or non-minority jurors so we can get to those racialized jurors that look like our client."

The government maintains Canada is simply following the well-worn path taken by other jurisdictions, such as England, Scotland and Northern Ireland, which have abolished peremptory challenges in the name of equity. 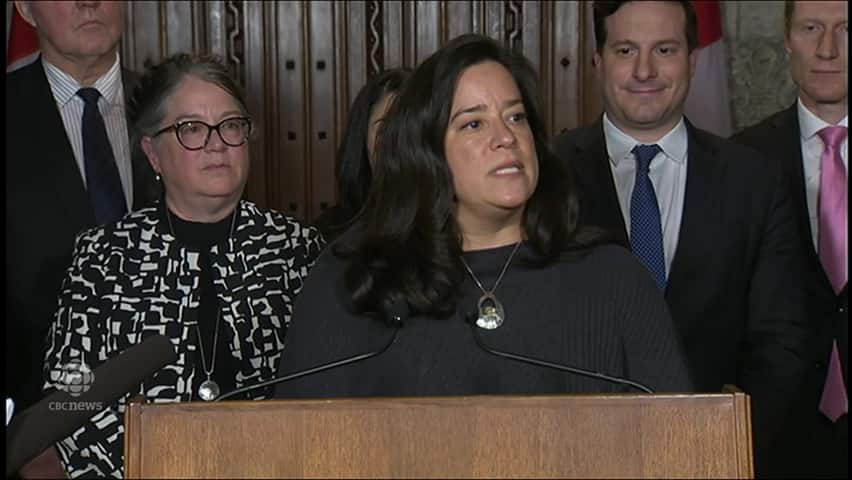 "These amendments would signal that discrimination of any kind, including in the jury selection process, fails to promote fairness and impartiality and has no place in the criminal justice system," a spokesperson for Wilson-Raybould said in an e-mailed statement. "The goal of the measure is to increase public confidence in the jury selection process."

The government has said this will go a long way to clear persistent backlogs in the country's criminal justice system. The Supreme Court's Jordan decision, which imposed hard timelines on criminal trials, has resulted in cases being dismissed because of delays — something Wilson-Raybould hopes to address with this legislation.

The minister said she also heard during her cross-country consultations that these hearings can re-traumatize victims by having them make multiple appearances in court.

But Solomon said doing away with the inquiries — held to determine if there is enough evidence for an individual to be tried on their charges — is fundamentally unfair to people accused of a crime.

"It's long been a part of the English common law that people shouldn't be in jeopardy in front of a judge or a judge and jury unless there's sufficient evidence. That's what the preliminary inquiry does, it screens it out," he said.

"It also allows you to meaningful test the Crown's evidence, to narrow the issues, to have a preview of how witnesses will testify. That's all going to be gone."

Spratt said it's disingenuous to say eliminating these inquiries will have a meaningful impact on delays when they constitute only 3 per cent of all court time in the Ontario justice system.

"They save a lot of time down the road. It narrows issues, shortens trials, and in some cases actually eliminates the need for trials in some cases," he said.