With polls in a dead heat, Liberals step up attacks

The Conservatives lead other major federal parties in the amount of negative attacks on Twitter and in press releases this campaign, an analysis by CBC News shows.

This is an update to a story originally published by CBC News October 7.

The Conservatives lead other major federal parties in the amount of negative attacks on Twitter and in press releases this campaign, but the Liberals grew increasingly negative as the campaign wore on and the polls remained static, an analysis by CBC News shows.

CBC News analyzed almost 3,200 press releases and tweets from official party and party leader accounts since the start of the campaign. We categorized them as either positive, negative, both positive and negative or neutral. (See methodology below.)

Overall, the Conservatives have put out the highest volume of negative communications to date. They were the only party that focused more on attacking others than promoting themselves.

That doesn't mean the Conservatives were the only party to go negative. The Liberals became increasingly more so as the campaign wore on, with the polls stuck firmly in minority territory.

But while the Conservatives and NDP have been consistently negative, the Liberal attacks tended to coincide with campaign events. During the three debates in which Liberal Leader Justin Trudeau participated, the party's war room put out multiple press releases, tweets and fact checks criticizing the other parties.

The Liberals also launched a flurry of negative communications when the Conservatives released their election platform.

Liberals the target of most attacks

The incumbent Liberals were the target of six out of every 10 of negative or partly negative communications.

The Conservatives almost never targeted any other party until the end of the campaign, when they started to warn about the prospect of a minority Liberal government with the NDP holding the balance of power.

Trudeau will form a coalition with the NDP to cling to power if he loses the election. That will mean bigger deficits, higher taxes, and less money in your pocket. It is the costly coalition you cannot afford.

The Conservatives previously had hammered the Liberals on themes of accountability, higher taxes and deficit spending.

The Liberals also have been the primary target of the NDP and, to a lesser extent, the Greens and the Bloc.

The Conservatives were the target of 30 per cent of negative communications, mostly from the Liberals.

NDP attacks focused on the Liberals' failure to introduce universal Pharmacare and on the government giving tax cuts to the richest individuals and corporations. The Greens overwhelmingly focused on what they call the shortcomings of the Liberal environmental platform.

The NDP also published a printed campaign flyer in mid-October taking aim at the Green Party, which was hand-delivered to homes on southern Vancouver Island, the site of several close NDP-Green races. (That flyer is not counted in this analysis as it was not an official tweet or a press release, but some of the Green Party responses to it are included.)

While these two parties may be closer ideologically to the Liberals than to the Conservatives, the NDP and Greens are focused on stopping progressive voters from rallying around the Liberals. University of B.C. political science professor Gerald Baier said this reflects a co-ordination problem on the centre-left.

"The NDP and Greens, I think, would presumably prefer the Liberal record on the environment to what the Conservatives would do, but at the same time their main points are against the existing government," he said.

The lack of Liberal attacks on the NDP and the Greens is telling, Baier said, noting that it could be because the Liberals may need the support of those parties to govern in a minority Parliament.

Much of the official party communications focus on the campaign trail, specific candidates and where the party leaders are.

The two policy exceptions are the environment — the subject of most of the Liberal attacks on the Conservatives — and tax policy, on which the Conservatives and, increasingly, the NDP have focused. Affordability and housing are other common themes.

We did not include retweets and treated identical tweets in English and French as one communication.

To keep the project's scope manageable, the methodology excludes other platforms such as Facebook, YouTube, radio, television and print ads. 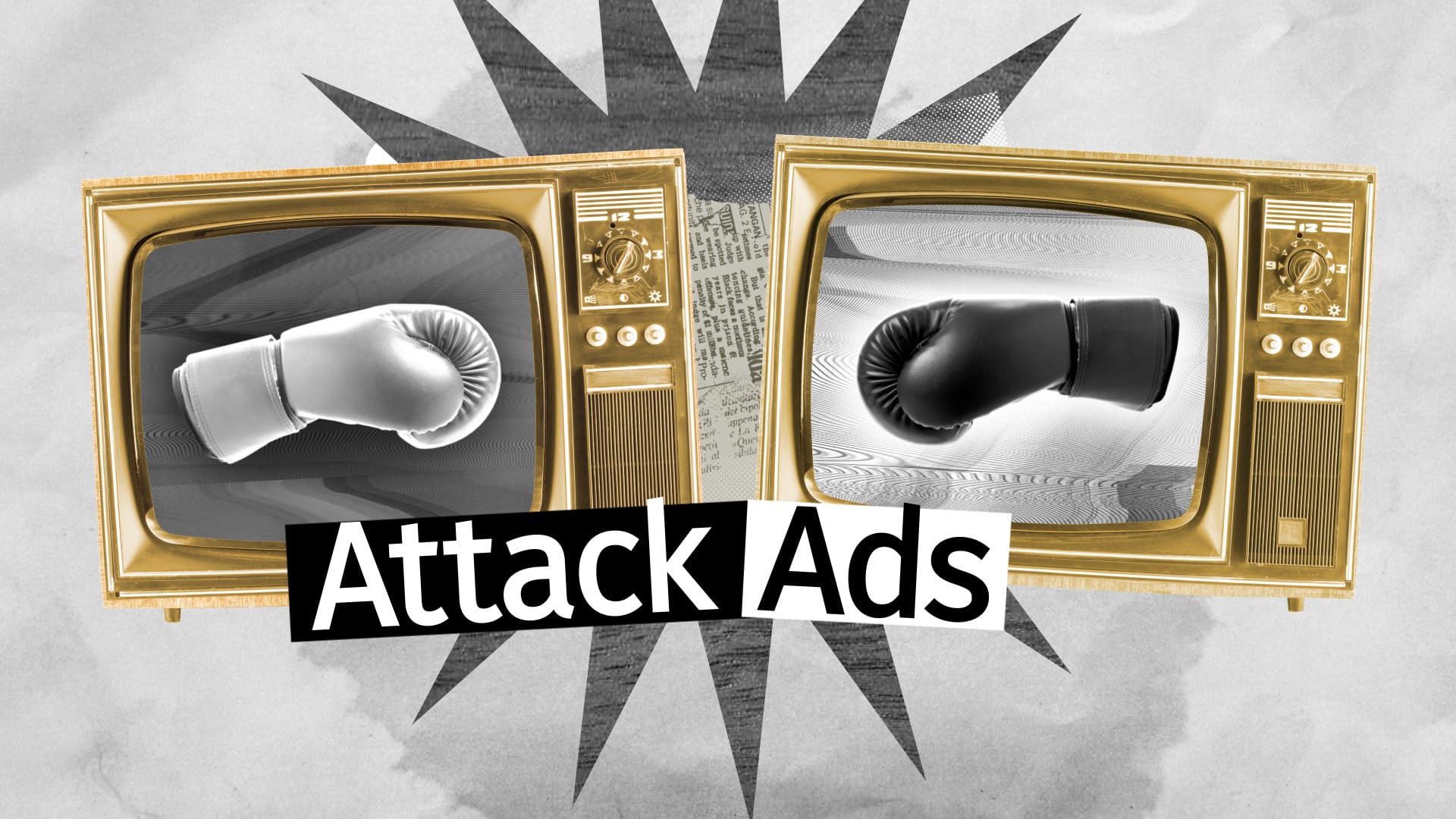 1 year ago
7:21
It’s widely known that most people don’t like negative ads, so why do parties rely on them when election time comes around? Political strategists say even though people say they don't like them, they are one of the most effective tools for changing public opinion. But there are unofficial rules, and if they aren’t followed they can be disastrous for parties. 7:21

Tara Carman is an investigative journalist who specializes in finding the stories buried in big data. She has more than a decade of experience reporting in B.C., across Canada and overseas. She joined CBC News in February 2017. You can reach her at tara.carman@cbc.ca or on Twitter @tarajcarman.