A Toronto lawyer formally announces a class-action lawsuit on behalf of ex-civil servants and military members fired decades ago because of their sexual orientation.

The Trudeau government has been hit by a class-action lawsuit, filed in both Ontario and Quebec, involving former public servants and members of the military who lost their jobs because of their sexual orientation.

The suit is asking for $600 million for claimants outside of Quebec and an undefined amount for those inside the province, where the litigation laws are different.

Doug Elliott, a longtime gay rights activist and Toronto lawyer, is leading the case. He estimated that there could as many as 9,000 people eligible to join in it, many of them persecuted and hounded from their jobs over almost four decades.

The Liberal government is planning an apology to the LGBT community for the past discrimination, but it's unclear when it will act, and Elliott said the community is tired of waiting, especially in light of the fact many cases are decades old and the claimants are aging.

"I am not going to have Mr. Trudeau apologize to a cemetery," Elliott said.

One of the outstanding questions is whether the apology will be tied to some form of compensation.

The lawsuit is intended to force the government to the bargaining table, but also to recognize that while the law and society have changed, attitudes within government, particularly in the military, are still hostile.

Elliott referred to portions of the report on sexual harassment in the military written by former Supreme Court Justice Marie Deschamps, which talked about attitudes toward homosexuality.

"I think the problem of the LGBT purges was particularly acute in the military," he said.

"LGBT people were not welcomed in the Armed Forces, and that is still true to a certain extent today."

Defence Minister Harjit Sajjan says that kind of attitude will not be tolerated. 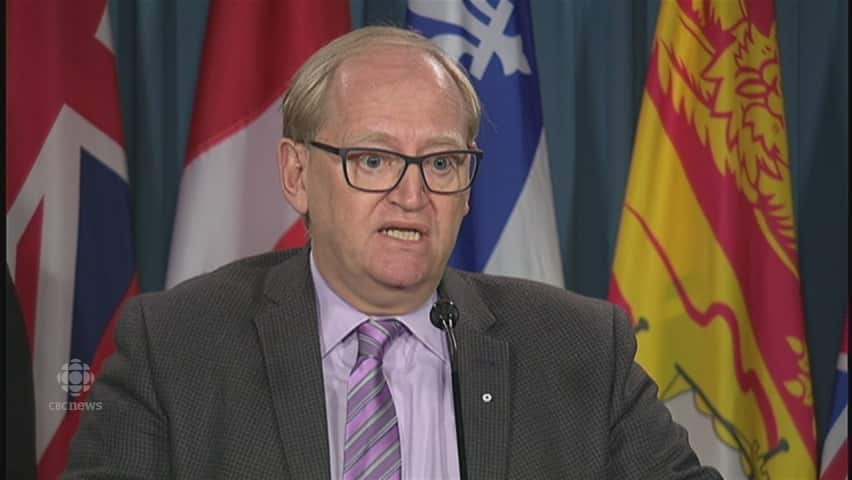 4 years agoVideo
2:08
Doug Elliott, a lawyer representing former LGBTQ members of the military and the government, says his clients have launched their lawsuit to force the government to act. 2:08

Gay and lesbian civil servants were driven out of the Canadian military and public service beginning in the 1950s, but the practice continued after homosexuality was removed from the Criminal Code in the 1960s.

A report presented to the Liberals last June by the human rights group Egale, which Elliott helped author, urged the government to examine how to compensate those who had suffered past discrimination. The organization said such a plan could involve individual compensation, funding for programs and services, or a mixture of both.

A former sailor, Todd Ross, is leading the lawsuit in Ontario.

He was a brand new, 19-year-old recruit when a special military unit opened an investigation into him. He was repeatedly questioned, strapped to a polygraph machine and forced to admit to his interrogator that he was gay.

He was bullied into the admission before he had decided to come out.

Ross was given an honourable discharge from the navy. After he was expelled, he says he was depressed and contemplated suicide.

"It's still something that is very difficult for me to talk about," said Ross, who welled up with tears twice as he recounted the events.

Everything would be fine

Martine Roy was dishonourably discharged in 1985 after she was persecuted in a similar manner and even, at one point, sent for a psychiatric evaluation to see if she was "normal."

Roy said she was frightened, but assured that if she told the truth, everything would be fine. But she was let go, and her  release had nothing to do with her skills or competence.

"I think when something happens like this at 20 years old, it is a trauma," she said. "After that, you don't know what you should do in life, which job you should hold. You're scared all (of) your life."

Last week, the House of Commons defence committee voted unanimously for the Liberal government to order the military ombudsman to investigate amend the service records of LGBT ex-military members who were given dishonourable discharges because of their sexual orientation. 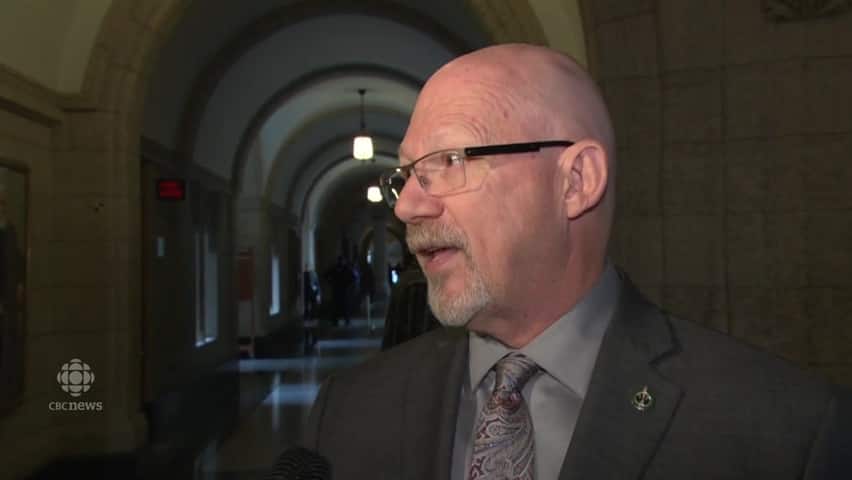 4 years agoVideo
1:05
NDP MP Randall garrison has asked the Minister of national Defence for all pre-1992 LGBTQ members of the Canadian military who were dishonourably discharged to have their records revised. 1:05

Canada's military ombudsman estimated that such an order would affect up to 1,200 service members.

The military directive specifically banning homosexuality in the ranks was passed in an overhaul of the system in 1976.

It wasn't until the mid-1980s that members were required to consent to discharge because of their sexuality. Those that did not agree were allowed to remain but had career limitations put in place.

That policy was not overturned until 1992, when the courts ruled the ban on gay soldiers was a violation of the Charter of Rights.

Sajjan wouldn't commit to restoring the service records of those who were kicked out, saying the decision must be made in lockstep with other government departments.

Officials in his office, speaking on background, said the department is "seized" with the issue, but has to figure out "how to make it happen" and consider the ramifications.