As Michael Kovrig marks his second year confined to a Chinese prison, his wife says part of what helps him stay strong, despite his terrible plight, is the support of Canadians who continue wishing for his freedom.

As Michael Kovrig marks his second year confined to a Chinese prison, his wife says part of what helps him stay strong, despite his terrible plight, is the support of Canadians who continue wishing for his freedom.

"This has been a difficult two years, but one thing that makes it slightly more bearable is the support and solidarity of everyone here in Canada, of Michael's colleagues around the world, his colleagues at Crisis Group and in the U.S.," Vina Nadjibulla told CBC News Network's Power & Politics on Wednesday.

"That certainly means a great deal to us."

Kovrig and fellow Canadian Michael Spavor were detained in China on Dec. 10, 2018 — nine days after Meng Wanzhou, the chief financial officer of Huawei Technologies, was arrested while changing planes in Vancouver.

Meng was detained on a U.S. extradition request over allegations she lied to a Hong Kong banker in August 2013 about Huawei's control of a subsidiary accused of violating U.S. sanctions against Iran.

The arrests of Kovrig and Spavor are widely seen as retaliation for Meng's. Both men are now facing charges of spying for Canada.

"He is marshalling everything he's got...to maintain his positive spirit and mind," said Michael Kovrig's wife <a href="https://twitter.com/VinaNadjibulla?ref_src=twsrc%5Etfw">@VinaNadjibulla</a> of her husband's nearly 2-year detention in China. "I hope that we take inspiration from the resilience that our Michael and Michael Spavor are showing." <a href="https://t.co/McuYSQXxXb">pic.twitter.com/McuYSQXxXb</a>

Canadian officials have had limited access to them. This year, Kovrig went without a visit, virtual or otherwise, from January to October, making it difficult for his loved ones to track his well-being.

Nadjibulla says it was a great relief when that isolation ended and Canada's ambassador to China, Dominic Barton, was able to secure a virtual visit.

"It was incredibly reassuring and a great relief to all of us that Michael remains healthy, that he is doing everything possible to maintain his mental and physical health and well-being," she told host Vassy Kapelos.

"But of course, it is taking a toll. This has been an incredibly challenging two years for him and for all of us out here who are fighting for his freedom." 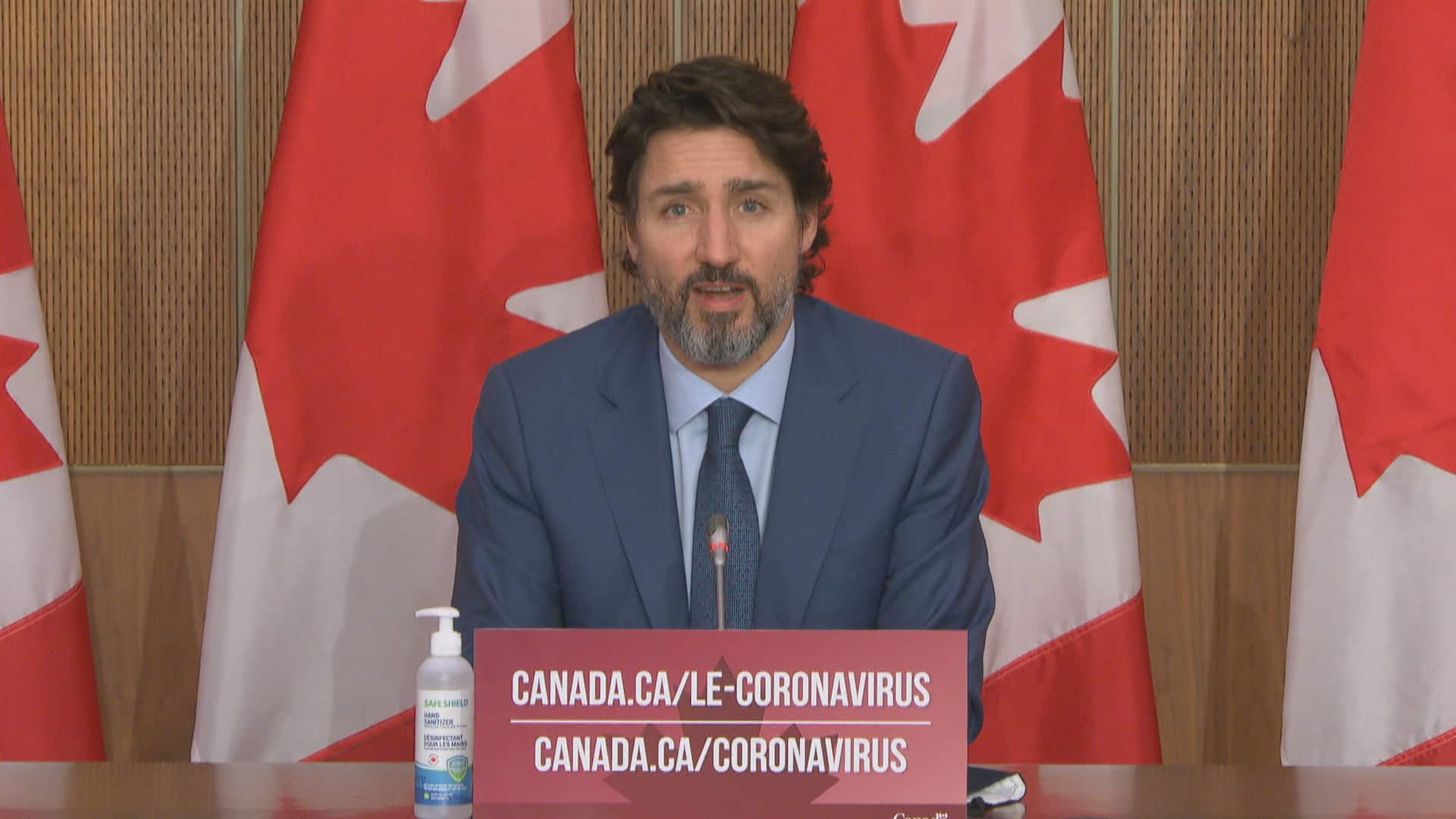 3 months agoVideo
1:57
Prime Minister Justin Trudeau praises the families of Micheal Spavor and Michael Kovrig on the two year anniversary of their arrest. 1:57

Nadjibulla said consular visits are crucial because they are the only opportunity Kovrig has to tell his family how he is coping, just as it is his one window to the outside world.

"It's his one opportunity to hear news from the world and understand that he has not been forgotten, that we're all working very hard to secure his freedom," she said.

Nadjibulla says her husband's letters reveal a man who is doing everything possible to maintain a positive attitude.

"It takes a lot to be able to, as he says; transform his anger into determination and transform his grievances into resolve," she said. "That's what he's doing every day; battling those emotions and making sure that he is focusing on what he calls 'virtuous thoughts' and cultivating that kind of modern day stoicism, which allows him to stay mentally healthy.

"I hope that we take inspiration from the resilience that our Michael and Michael Spavor are showing."

"We … are thankful for the kindness of all those here in Canada and around the world who have provided support, prayers and best wishes over the last two years for Michael," the family said in a statement, signed by Spavor's brother Paul, on Wednesday. 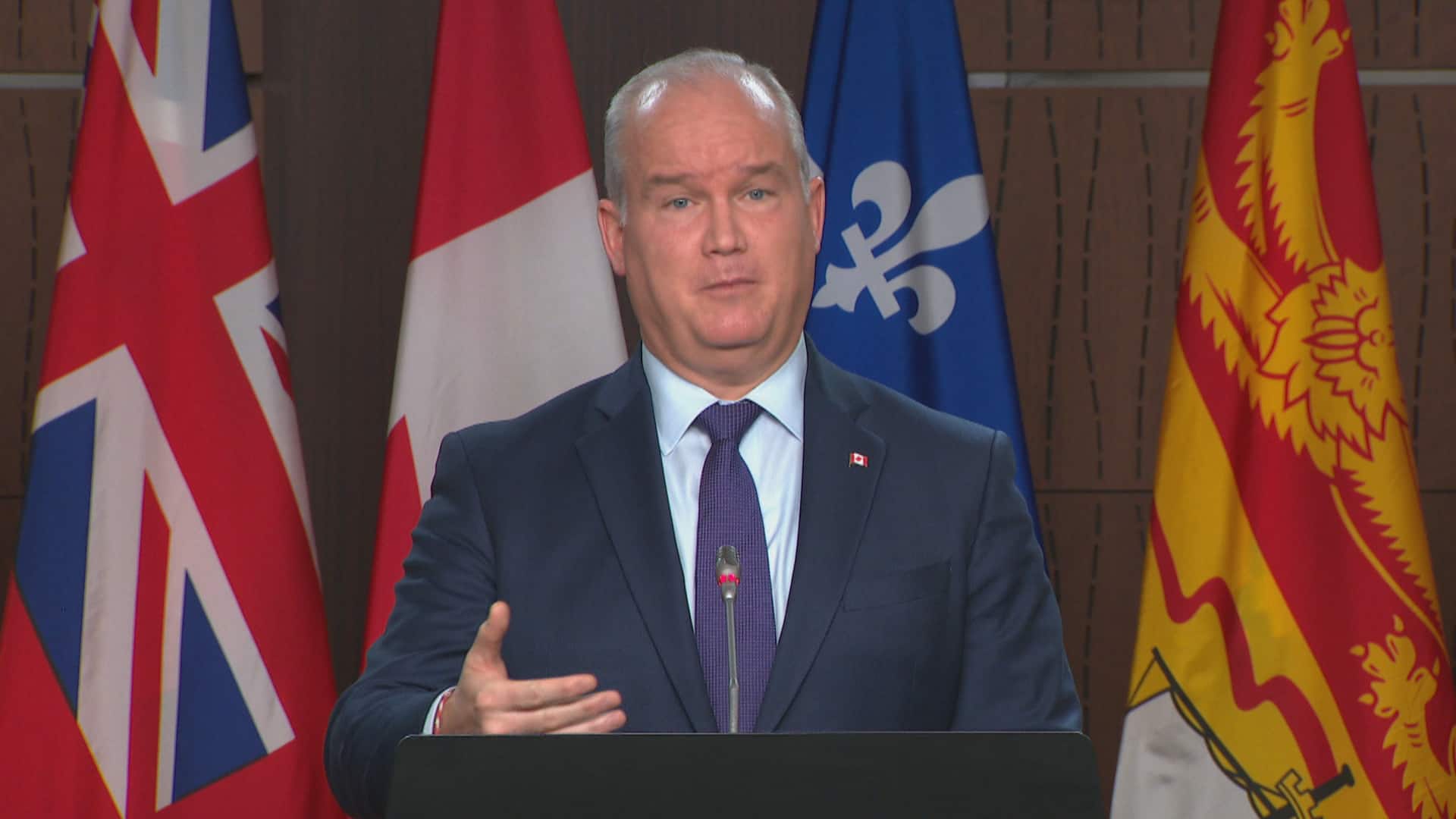 "We have to show that we're willing to stand up for our interest, our citizens and our values..." - Erin O'Toole

"Michael's resilience and strength through this time have made us all the more proud of him. We are grateful for the continued efforts of the Canadian Government to secure the release of our Michael and Michael Kovrig."

Robert Malley, the head of the International Crisis Group and Kovrig's boss, says Kovrig continues to demonstrate strength despite his terrible situation.

"What comes across ... is how resilient he is, how much he is using this to learn more about himself, to continue to be who he was before he ended up in detention and how much he's taking the opportunity to learn about the world," Malley told Kapelos.

The effort to free Kovrig and Spavor requires the effort of the U.S. government which is about to undergo a significant change with the incoming administration of president-elect Joe Biden.

"I've learned to know him as somebody who has...this deep reservoir of resilience, and of courage, and of patience, and of affection for people around him, including his cellmates, including of course his family," said Michael Kovrig's employer <a href="https://twitter.com/Rob_Malley?ref_src=twsrc%5Etfw">@Rob_Malley</a>. <a href="https://t.co/1G36dG9s8s">pic.twitter.com/1G36dG9s8s</a>

Christopher Coons, a Democratic senator from Delaware and member of the U.S. Foreign Relations Committee, told Power & Politics Wednesday that he will work to make sure their release is a high priority.

"I think it's unacceptable, even outrageous, that [China] has arrested two Canadian citizens and they've suffered two years of incarceration, really just as a tit for tat, as a way of having a bargaining chip," he said.

"It's just another reminder of the ways in which China has acted really quite aggressively," he said.

Coons said that while he is not able to speak for the Biden administration he is convinced the incoming president will work to secure Kovrig and Spavor's freedom.

"I think the U.S./Canada relationship will be a high priority," he said. 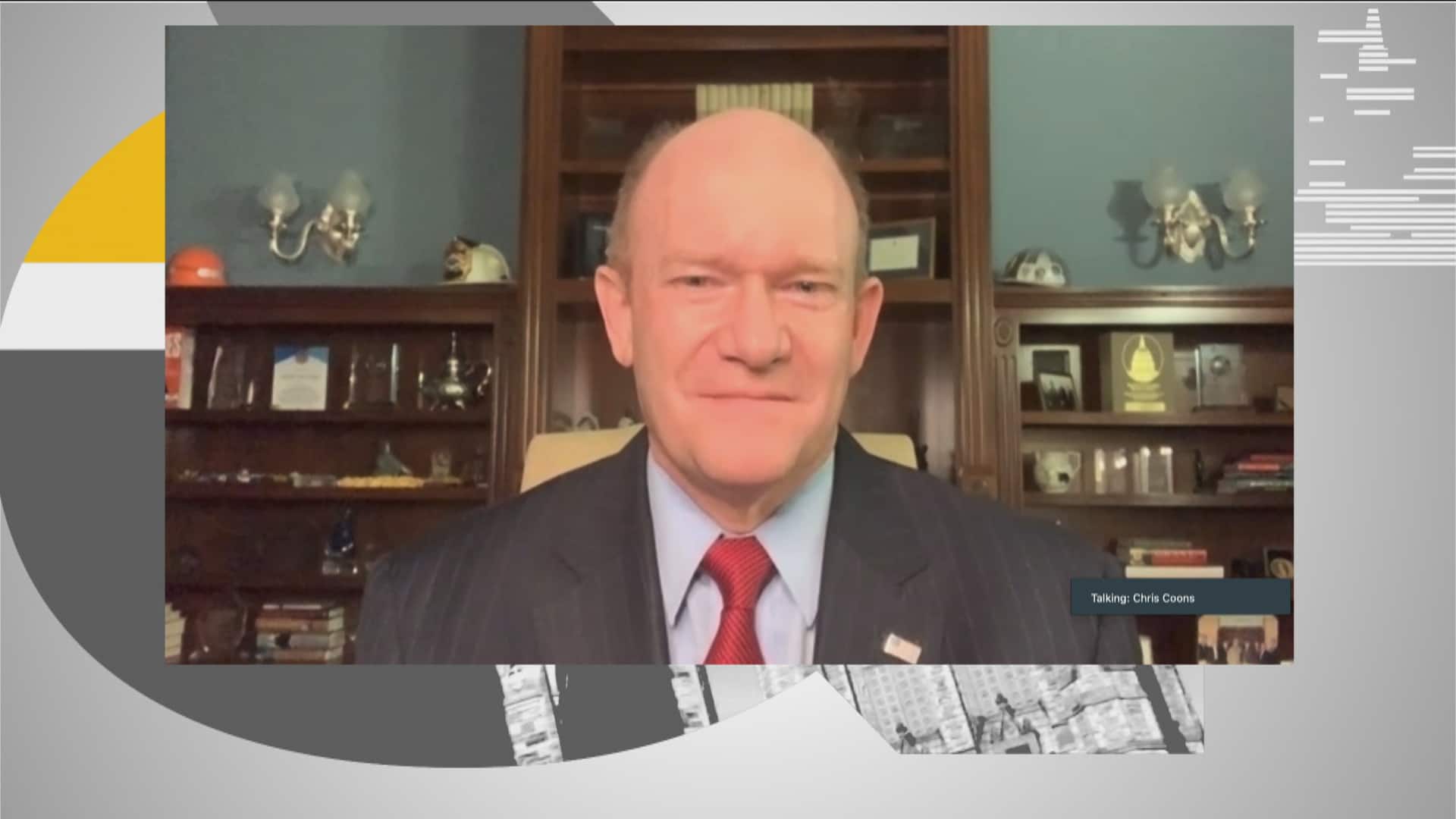