Michael Kovrig, who until recently served as a Canadian diplomat in China, has been arrested and detained in China without explanation, the Canadian government confirmed Tuesday.

Former Canadian diplomat Michael Kovrig has been arrested and detained in China without explanation, the Canadian government confirmed Tuesday.

"Obviously we are aware of the situation of a Canadian detained in China," said Prime Minister Justin Trudeau on his way into question period Tuesday. "We have been in direct contact with the Chinese diplomats and representatives. We are engaged on the file, which we take very seriously, and we are providing consular assistance to the family."

A written statement from Global Affairs Canada said that because of Canada's Privacy Act, no further information would be disclosed about the case of Kovrig, who until recently served as a Canadian diplomat in China.

Chinese officials have not given an official explanation for Kovrig's arrest.

Public Safety Minister Ralph Goodale said Canadian officials were "sparing no effort" to make sure Kovrig is safe and appropriately treated, but offered few details on the emerging situation.

"Canadian diplomatic officials have been in touch with their Chinese counterparts to explain how seriously Canadians view this," Goodale said. "Clearly we are deeply concerned and [Foreign Affairs Minister Chrystia Freeland] and her officials will be taking all appropriate action." 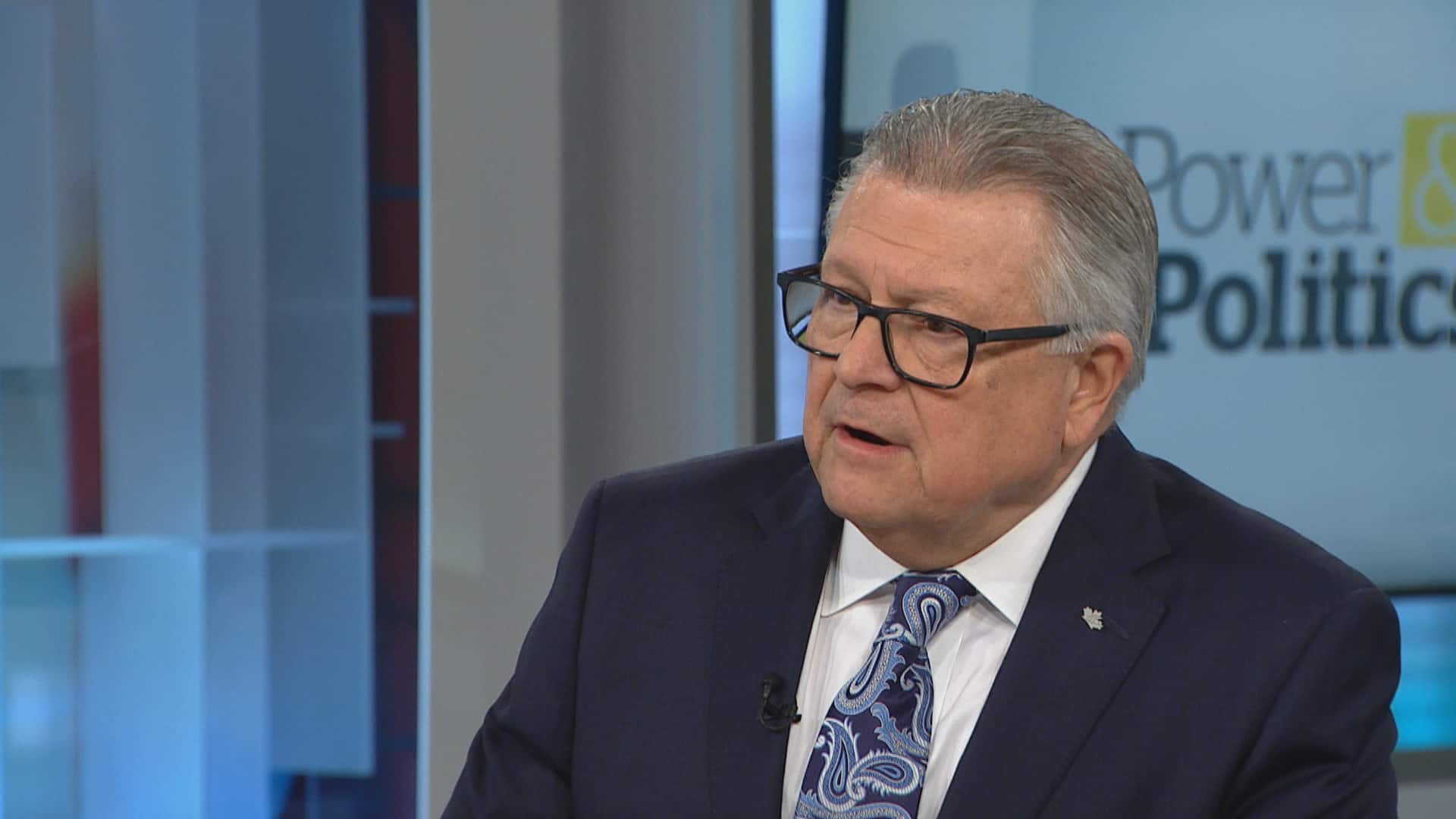 2 years agoVideo
6:35
"Their approach and their culture is different, their tradition, their method of operating," says the public safety minister. 6:35

Goodale would not confirm speculation that this arrest could be connected to the recent arrest of a Chinese executive at Vancouver's airport — something Chinese foreign ministry spokesperson Lu Kang warned again Monday could mean "severe consequences" for Canada.

Meng Wanzhou, the chief financial officer for the Chinese telecommunications giant Huawei, awaits possible extradition to the United States to face fraud charges. She is accused of misleading multinational banks about Huawei's control of a company operating in Iran, putting those banks at risk of violating U.S. sanctions.

Meng was granted bail, set at $10 million, early this evening.

The Chinese also called in the American ambassador last Sunday. There's no indication to date that the American request for Meng's arrest and extradition has had any negative effects on efforts to negotiate an end to the escalating tariff war between the U.S. and China.

"There is no explicit indication" of a connection to the Meng case at this point, Goodale said.

But it wouldn't be the first time the Chinese detained a Canadian in an apparent act of retaliation.

In 2014, the Canadian government accused China of hacking into government computer systems. A week later, Canadian Christian aid workers Kevin and Julia Garratt, who were running a small café in China, were detained and accused of spying. Julia was released in 2015 but Kevin was detained for two years before being found guilty and deported.

Conservative MP Lisa Raitt, who had a connection to the Garratt case in her riding, said she hopes Kovrig's arrest isn't about payback.

"This is a very troubling situation."

"I would be very surprised if there's valid reason for detention," said Conservative MP Erin O'Toole, who served along with Raitt in the cabinet of the previous Conservative government. "If it's solely related to retaliation, that's highly inappropriate and he should be released immediately."

A former Canadian ambassador to China says he would be surprised if the detention was not tied to the arrest of Meng​. 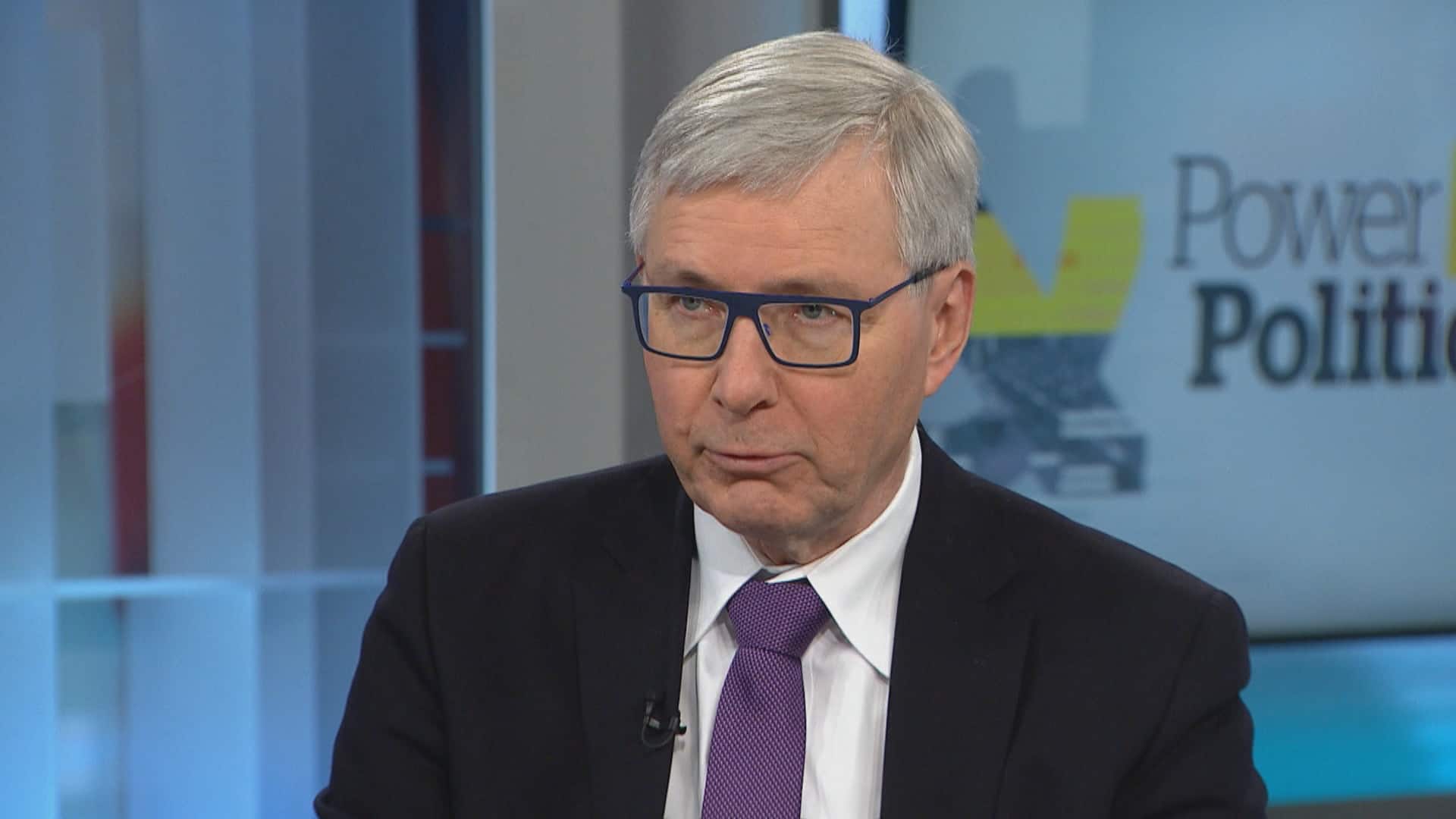 'In China, there's no coincidence'

2 years agoVideo
8:17
Former Canadian Ambassador to China Guy Saint-Jacques tells Power & Politics that he sees a connection between the Chinese detainment of Michael Kovrig and the Canadian arrest of Huawei CFO Meng Wanzhou. 8:17

"In this case, it is all related in my view to the strategy presently pursued by the Chinese leadership to put as much political pressure as possible on the Canadian government and it's related, obviously, to the case of Mrs. Meng."

Saint-Jacques said he worked alongside Kovrig in China for two years. He said Kovrig was a Global Security Reporting Program (GSRP) officer, a position held by a member of the foreign service tasked with gathering information from non-traditional sources for Global Affairs Canada, the security services and the government at large.

GSRP officers are not intelligence operators; they do not run sources or recruit and pay agents.

Saint-Jacques described Kovrig as a "career diplomat" who had previously worked as a journalist and had a great "analytical sense." He worked on "sensitive" issues, including meeting with dissidents, during his time as a Canadian diplomat in Beijing and Hong Kong. He also helped co-ordinate Trudeau's 2016 visit to China, but left his position later that year.

Kovrig is currently on a leave of absence from the foreign service, and because he is not currently serving as a diplomat he has no special status in China.

The former ambassador said Kovrig will know what kind of process he's getting into — potentially lengthy interrogation sessions and detention in a cell with up to 20 different people — because he worked at the Canadian embassy when the Garratts were detained and Canadian officials were working to secure their release.

Most recently he was based in Hong Kong as an adviser with the International Crisis Group. The think tank confirmed his detention Tuesday.

"International Crisis Group is aware of reports that its North East Asia Senior Adviser, Michael Kovrig, has been detained in China," the think-tank said in a statement.

"We are doing everything possible to secure additional information on Michael's whereabouts, as well as his prompt and safe release."

"We have a sophisticated, complicated relationship with China that dates back decades and I'm sure will endure," the minister said. "There are business leaders in China now, there are more who plan to go."

Canada had been trying to restart talks toward a comprehensive trade deal with China, but even before these developments it was unclear how much progress had been made.

Canadian officials from Trudeau on down have emphasized this week that Canada's arrest of Meng at Vancouver's airport was not arbitrary, but done in accordance with the extradition treaty in place with the United States.

At an event hosted by The New York Times Thursday, Freeland told the audience that Canada is taking this case "really seriously" and there's a "geopolitical complexity potentially radiating" from this situation.

She reiterated that there has been no political interference from the Canadian government in Meng's case. But shortly after, U.S. President Donald Trump suggested he would intervene if it would help U.S. trade interests.

A Canada-China parliamentary friendship group had been scheduled to leave on a trip to China on Jan.4. The group was to meet with government officials, civil society leaders and business leaders in three cities to strengthen diplomatic ties.

One of the parliamentarians in the group, Conservative MP Michael Cooper, said that at this point he was still planning to go, but this arrest is "concerning."

Mélanie Joly is the next cabinet minister scheduled to go to China, for events marking the conclusion of 2018 as the "year of tourism" between Canada and China. It's unclear whether recent events will impact that trip.

With files from Tyler Buist