With bills unpaid, Kevin O'Leary campaign is more than $200K in debt

Campaign says he's working to pay it back, but contractors complaining about unpaid bills

He pitched himself to Conservatives as an accomplished businessman who could clean up Canada's finances, but Kevin O'Leary has left the Conservative leadership race with unpaid bills and a campaign that one senior official says is more than $200,000 in debt.

One of those still waiting for a paycheque is Marc Nadeau, a self-employed translator and father of four who said O'Leary owes him approximately $3,600.

"For Kevin O'Leary that amount of money certainly is not very significant but for me it's the rent, it's the electricity bill. It's daily life for me and my family," Nadeau told CBC News.

He said he was told several times that he would receive his cheque but it still hasn't come. Despite continued assurances from the campaign, Nadeau said he is starting to think he'll never see the money.

"Right now the biggest threat to my family certainly is not the way Justin Trudeau does stuff or not. It's the way the O'Leary campaign is treating this issue."

Emails Nadeau shared with CBC News show he's not alone. In the exchanges from earlier this month, Nadeau asks several officials when he will be paid. Two members of O'Leary's campaign team thank Nadeau for his patience and both suggest they are in the same boat."

A senior official with O'Leary's campaign tells CBC News that the while campaign is upwards of $200,000 in debt, O'Leary does plan to pay everyone. According to the official, the campaign hopes to pay smaller suppliers today, while bigger suppliers will have to wait a bit longer.

In an email to CBC News, O'Leary suggests the issues he's facing are commonplace.

"Most campaigns run deficits and continue to fund raise after the leadership race is over. This is common in all political races as the Elections Canada rules are clear."

"The O'Leary campaign is still actively fundraising and will do so until all the vendors accounts have been cleared. Most vendors that work supporting political campaigns understand the nature of the rules and accommodate the process."

Campaign finance rules mean that O'Leary can't simply cut everyone a personal cheque. He has to keep gathering new donations, which an official with his campaign said have dwindled dramatically since the reality TV star dropped out of the race.

He did make a last ditch effort to raise money while he was still officially a candidate, sending out a fundraising email to supporters about four hours before he announced he was withdrawing his candidacy. When pressed on the timing by reporters, O'Leary said, of course he was.

"Every candidate continues to fundraise. It costs money to campaign. I'll continue to do that."

O'Leary was one of the most successful fundraisers in the leadership race. The latest number released by Elections Canada show that O'Leary raised over a million dollars, bested only by Maxime Bernier. Specifics on how that money is spent aren't yet public.

O'Leary is certainly not the first candidate in a leadership race to end the campaign in debt.

Several candidates from the Liberal leadership race of 2006 — Stéphane Dion, Ken Dryden, Joe Volpe and Hedy Fry— continued to owe thousands and in many cases tens of thousands of dollars in loans they personally took out for the race.

The rules have since changed and candidates can no longer incur the same kinds of large personal loans. A candidate's contribution to his or her own campaign is now capped at $25,000.

Even if the concerns about campaign debt are commonplace, it doesn't ease Nadeau's frustrations.

In light of his own troubles getting paid, Nadeau said he's glad O'Leary is no longer in the race.

"I certainly don't want to see someone like that in charge of national finances." 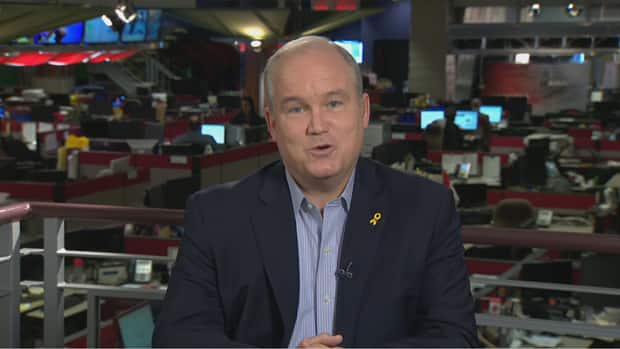