Karina Gould wants to save democracy from fake news. How?

In 2016, Western democracies awoke to an uncontrolled and potentially dangerous world of political disinformation, targeted ads, bots and foreign interference. How Justin Trudeau's government intends to respond to this new reality should become clearer this spring.

'If we don't see something more robust in the next six months, then we need to take action.'

In the aftermath of the 2016 American presidential election, Western democracies awoke to an uncontrolled and potentially dangerous world of political disinformation, targeted ads, bots and foreign interference.

How Justin Trudeau's government intends to respond to this new reality before the 2019 federal election should become clearer this spring.

"My hope is that over the course of the spring that we have some more in-depth conversations with social media companies. We'll have to see where those go and how we think they're progressing," Karina Gould, the minister of democratic institutions, told CBC News in a recent interview.

The United States is still coming to terms with what happened to its democracy in 2016. Last week, the U.S. special counsel investigating Russian interference in the election, former FBI chief Robert Mueller, indicted 13 Russians over their alleged role in a scheme to "sow discord in the U.S. political system" through online platforms and messages.

It's not too early to have a discussion about what could go wrong in Canada in 2019. In fact, that conversation might be overdue. 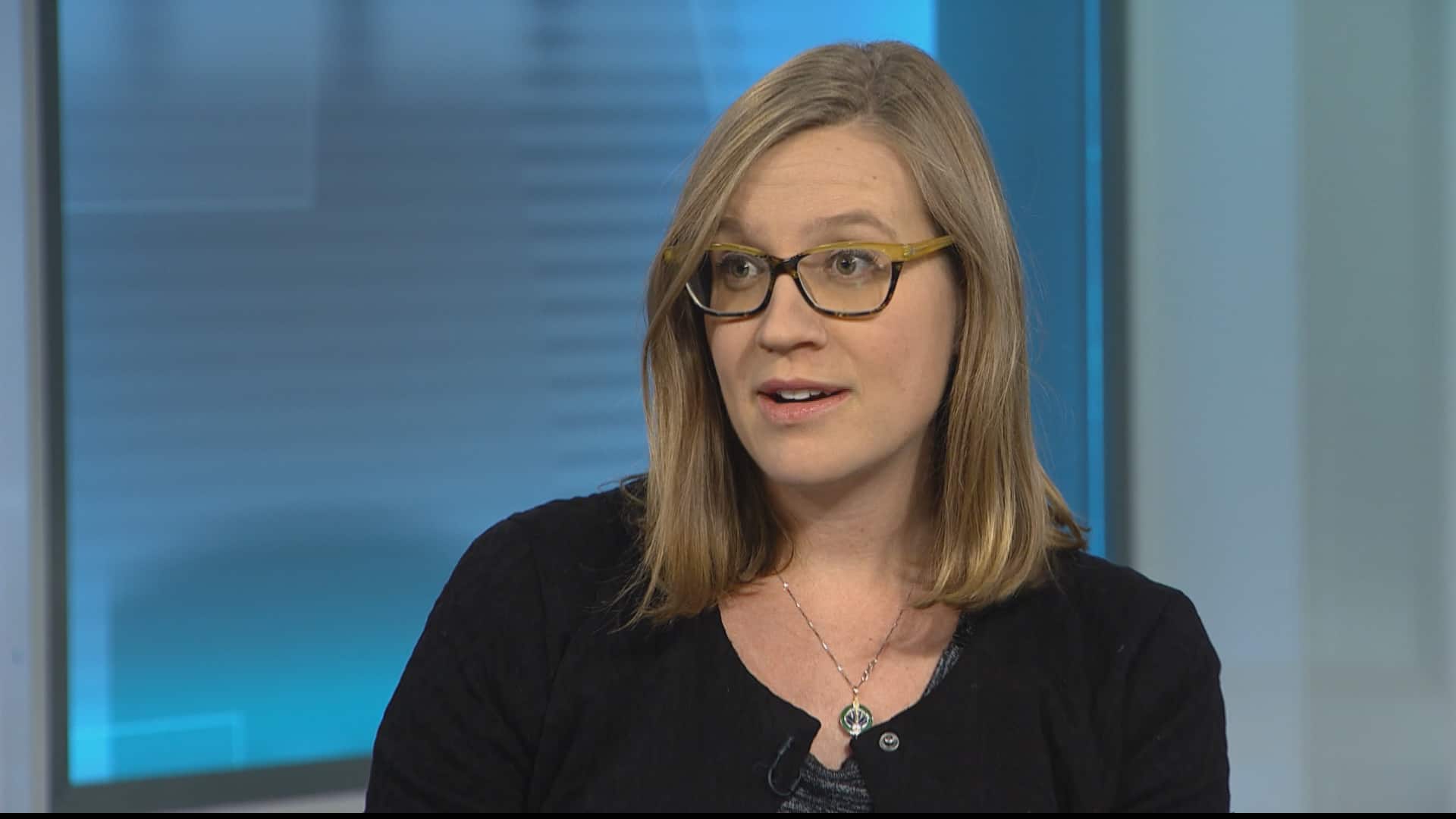 'We need Canadians to be aware - to be critical thinkers'

3 years agoVideo
7:35
Democratic Institutions Minister Karina Gould on what steps Canada is taking to protect itself against election meddling following revelations about Russia's efforts to influence the 2016 U.S. presidential election. 7:35

'Everyone's trying to wrap their heads around this'

In November, Gould travelled to Germany and the United Kingdom, where she sat down with a succession of leaders and thinkers to talk about safeguarding Canada against foreign election interference.

"One thing I came away with was that everyone's trying to kind of wrap their heads around this issue and that nobody actually has a real answer to it," she said. "But everyone is trying to do different things."

Germany passed a law that compels online platforms to remove hate speech in a timely manner or face fines. Gould said she doesn't think that such regulation of speech would be acceptable in Canada.

French President Emmanuel Macron is promising to ban outright the publication of "fake news." Gould said she is "very uneasy with a government telling people what's good and bad news."

The German example might still be instructive, she added — if only because it suggests social media companies will act if they're put under the right kind of pressure.

"Germany's law is interesting because they had been talking to social media companies for two years, but until they actually put a law into place, nothing changed," Gould said.

"I think that's something that we need to be thinking about here. What is it that we want social media platforms to do? Will they do that voluntarily? How can we check if something has changed? And then, what are the other levers that we would use to actually see the change that we want to?" 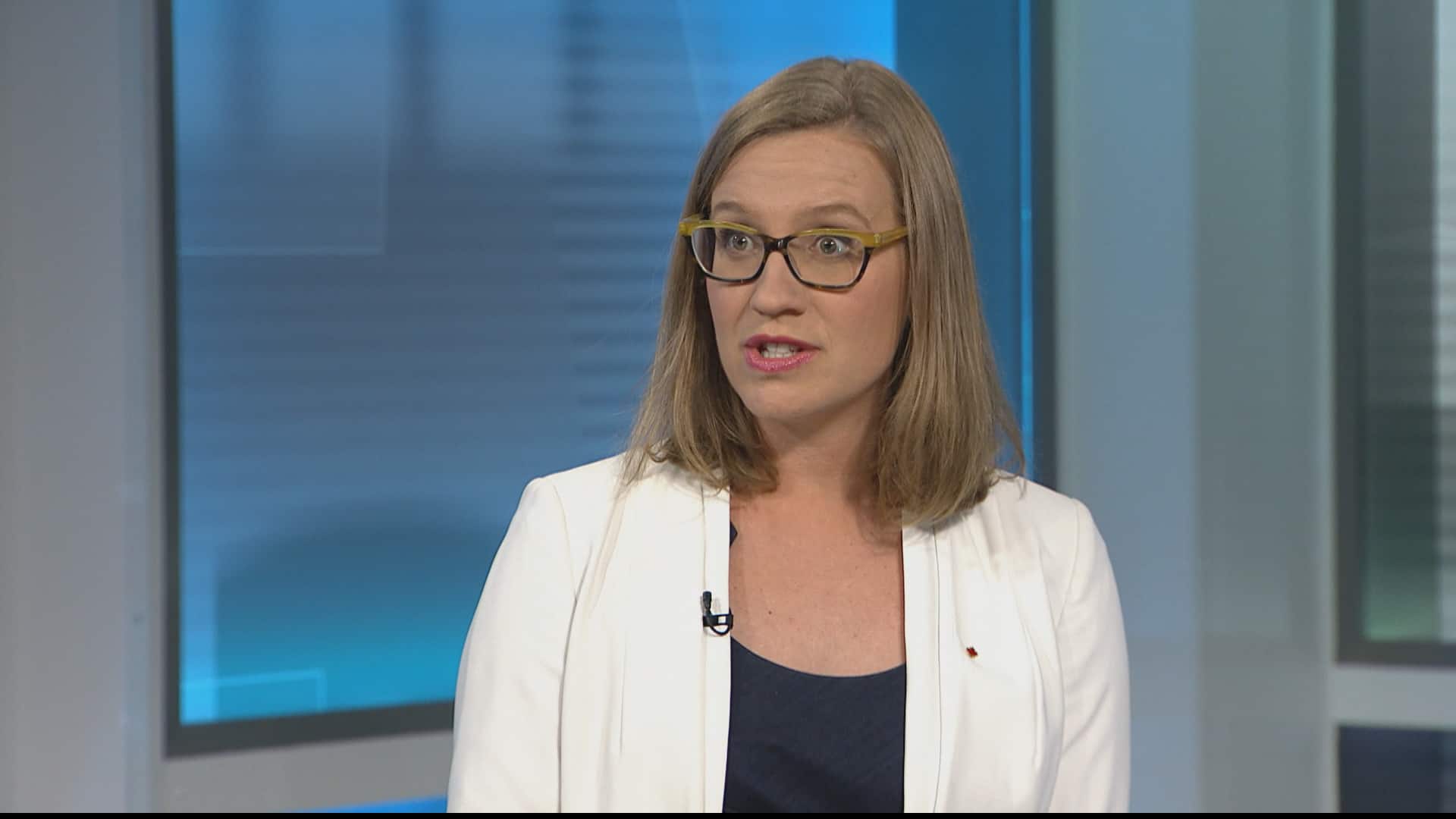 Cyber threats to Canada's democracy: is Canada next?

4 years agoVideo
7:23
'We're not immune, and there has been an increase to threats,' says Minister of Democratic Institutions Karina Gould. 7:23

The new world of targeted ads

Last fall, Facebook launched in Canada what it called an "election integrity initiative." It included a civic literacy campaign meant to educate users about the threat of fake news and a new feature that allows users to see all the ads that a political party or group is running on Facebook.

"We stand with the lawmakers around the world, including in Canada, in their efforts to protect the democratic process," said Kevin Chan, head of public policy for Facebook Canada. "We will continue to work with lawmakers on the right solution — but we aren't waiting for legislation to start getting solutions in place now."

While advertising on television, radio and in print is widely viewed and thus easily accounted for, political activity online can encompass thousands of ads targeted at narrow audiences through the data that platforms draw from their users. The challenge is to get a handle on all that.

In the U.S., where three senators have proposed new regulations for online advertising, Facebook is promising to demand greater documentation to verify the identity of advertisers and tag all ads with notes identifying who paid for them.

Taylor Owen, a professor of digital media at the University of British Columbia, suggested online platforms could be asked to account at the end of each election for all of the paid content that was posted during the campaign period.

Gould said she's also given a lot of thought to bots — automated accounts that can be used to artificially amplify a political message — but it's not yet clear what the government could do in that area.

"What's interesting about this file right now is these are a lot of questions that we've never had to deal with before."

All of this is potentially fertile ground for foreign actors who wish to influence a Canadian election — or merely wreak havoc with the process.

Foreign interference in a Canadian election, Gould pointed out, is already illegal.

"The question is, do you have the tools to do something about it?" Gould said. "I'm not sure we do right now."

When should governments sound the alarm?

But Gould also seems to be struggling with questions of when and how federal agencies should publicly report such activities.

President Barack Obama's administration reportedly wrestled with similar questions in the summer of 2016 — before deciding not to report what U.S. intelligence agencies were learning about Russian attempts to influence the presidential election.

"As a government or as a regulating body, when do you intervene? When do you go public with something?" Gould said. "You have to walk that fine line of not being seen to interfere domestically in the election."

Gould gets to be the first minister to try to answer these questions in the Canadian context. She probably won't be the last.