Prime Minister Justin Trudeau appealed directly to kids hunkering down in their homes Sunday, thanking them for changing their daily routines and adding that more direct messaging specifically for children is on its way.

Trudeau says government will have 'more to say' to kids soon

Prime Minister Justin Trudeau appealed directly to kids hunkering down in their homes Sunday, thanking them for changing their daily routines and adding that more direct messaging specifically for children is on its way.

"All of a sudden you've heard you can't go on playdates or have sleepovers. Your playgrounds and schools have closed and your March Break was certainly different than what you had hoped for," Trudeau said during his daily coronavirus briefing.

"I get it from my kids as well. They're watching a whole lot more movies, but they miss their friends and, at the same time, they're worried about what their future may hold."

The prime minister told kids that staying home, handwashing and practicing social distancing — which he defined for any youngsters tuning in — are important measures "not just for ourselves, but for our grandparents, our nurses, our doctors and everyone working in hospitals." 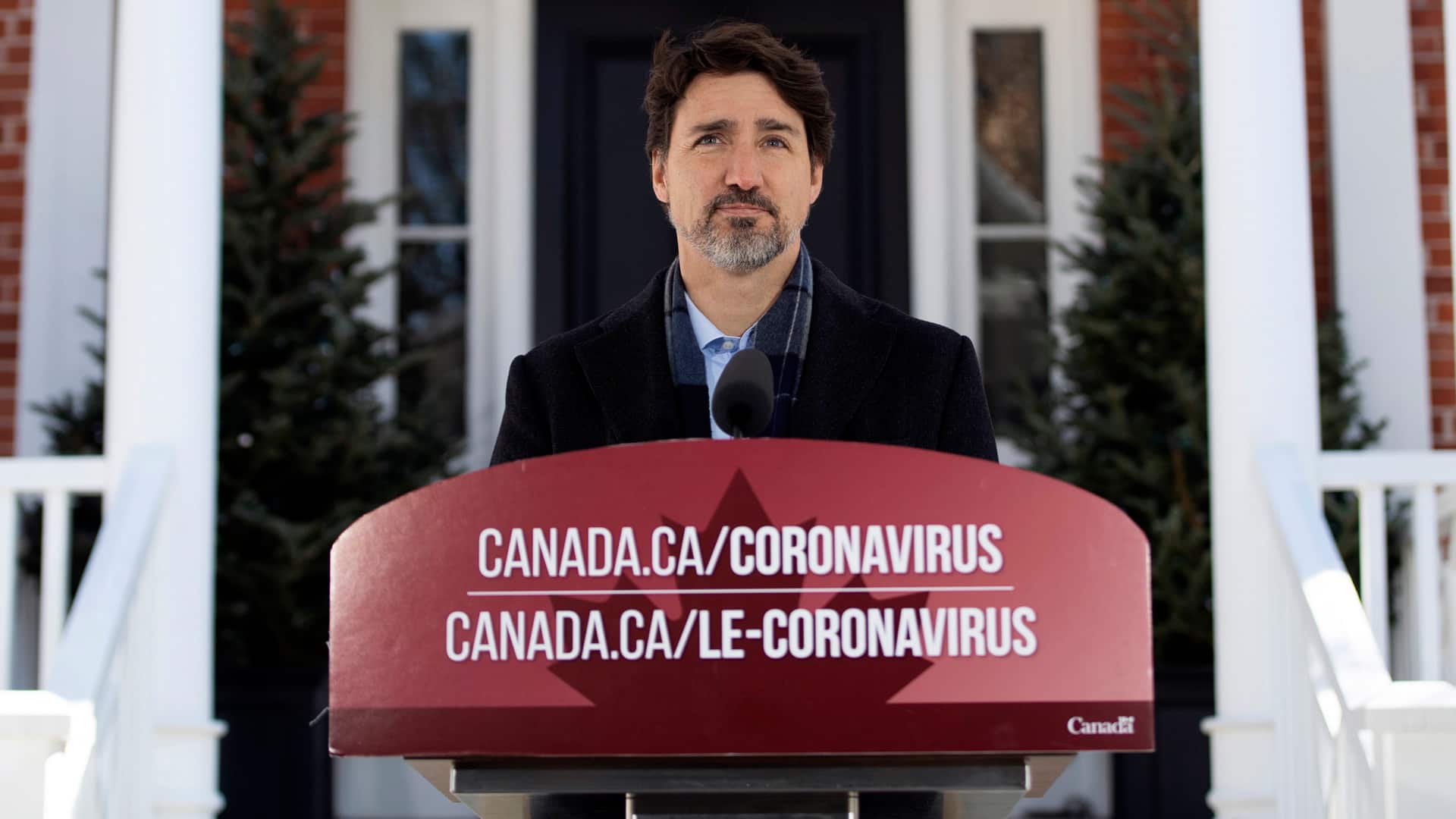 8 months agoVideo
1:23
The prime minister spoke directly to Canadian children about doing their part in the battle against COVID-19. 1:23

The remarks come at a time when families across the country are grappling with working from home, struggling with uncertainty about their jobs and taking care of children no longer able to attend school or daycare.

The federal government's proposed emergency aid measures — which are expected to be adopted when Parliament reconvenes Tuesday —  include a temporary boost to Canada Child Benefit payments.

The prime minister himself is currently in isolation with his family as his wife, Sophie Grégoire Trudeau, recovers from the virus.

"Thank you for helping your parents work from home, for sacrificing your usual day and doing math class around the kitchen table and trusting in science," he said.

Trudeau also mentioned that kids across the country could expect to hear more from the federal government shortly about the COVID-19 pandemic.

"We're going to have more to say to you soon, so stay tuned. In the meantime. let's make sure we all do our part. Let's fight this together."

New Zealand Prime Minister Jacinda Ardern has also held a kids-only conference to calm fears and explain the science behind the virus and how to stop its spread.

Trudeau is not the only leader within the federal government to make a point of speaking to the country's youngest residents.

"If I may make one personal comment, I would like especially to thank all of the children of Canada," Deputy Prime Minister Chrystia Freeland told CBC Radio's The House last Friday.

"I know personally how hard it is for children," said Freeland, who has three kids. "So thank you very much."

Quebec announced today that its schools will be closed until May 1. Education Minister Jean-François Roberge said Sunday that parents in that province will be offered activities and materials designed to stimulate and teach their kids starting March 30.